The U.S. Needs Idealogical Partners in the Middle East and Asia

The U.S. needs relationships which are more than mere military, strategic or trade partnerships- like the one it has with Afghanistan. 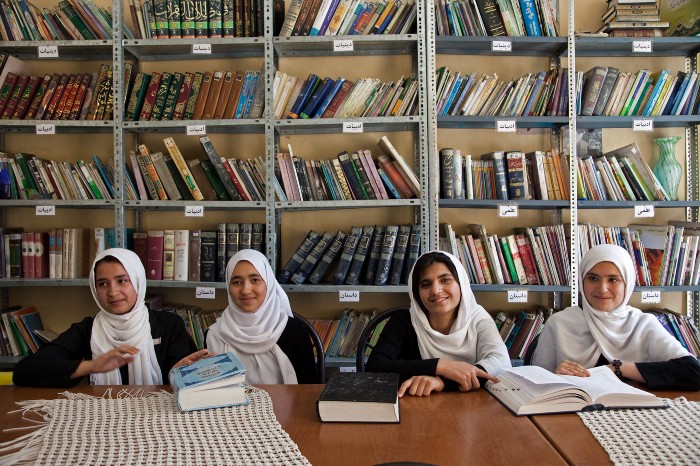 As the May deadline to remove U.S. troops from Afghanistan under a deal negotiated by the Trump Administration with the Taliban approaches, a growing consensus is forming in strong opposition to the move.

After 20 years of reconstruction efforts in Afghanistan, is the time really right for U.S. troops to leave?

Afghanistan is not a “forever war”. American troops are welcomed by the people of Afghanistan. U.S. officials have been working in close partnership with Afghanistan’s democratically-elected government and its national security force for years. U.S. counter-terrorism measures in the nation are effective, and appreciated by Afghan officials.

Women in Afghanistan have made tremendous strides with regards to equal rights since the Taliban fell in 2001.

Female literacy has more than doubled. 3.5 million Afghan girls are currently enrolled in school. One-third of university students are women. 28% of Afghanistan’s legislature and 21% of its workforce are comprised of women. 6,000 women are serving in Afghanistan’s national security force.

None of this would have been possible under the Taliban. It is all in danger if the U.S. abandons its reconstruction efforts in May. The murder of three female journalists in Afghanistan by an extremist last week is an example of what women will face if the Taliban is allowed to bring the nation back under its rule.

U.S. investments over the past two decades have borne other fruit as well. The U.S. and Afghanistan have become strong allies; both committed to achieving peace in Afghanistan, and beyond; committed to cooperation and the economic success of the entire region.

There is another component to the U.S.-Afghan partnership which has become increasingly important in a region besieged by extremist violence and the threat of terrorism.

The U.S. and Afghanistan are two countries committed to equal rights for everyone under the law, invested in a democratic system of governance. The Afghan-American partnership has demonstrated a new component in the U.S. foreign policy puzzle of the Middle East, South Asia and Central Asia.

The U.S. needs to ally with its ideological partners, worldwide.

With China’s ongoing Belt and Road initiatives, this is no time to walk away from U.S. investments in Afghanistan and in its people.

The United States needs more than cooperative military powers capable of maintaining a stable government, however bloody or oppressive; more than temporary alliances with factions opposed to common enemies, who are at best less-contrary to U.S. interests.

Backing these governments over the years has yielded bloody regimes and even bloodier regime-changes.

Putting people, and our shared ideals, first in Afghanistan requires a closer look at U.S. investments in the nation. Unilaterally removing U.S. troops from Afghanistan would be akin to deporting Dreamers.

Besides the moral implications of such a decision, there is the sheer wastefulness of the idea. Deporting Dreamers from their lifelong homes in the U.S. means they take their first-class public education, and all the potential contributions which they have been painstakingly prepared by their U.S. community to make, and leave.

Why would we pay to educate a person for nearly two decades, only to devalue their ability to contribute to society by assigning them the status of an “illegal alien” and deporting them? It curbs their lifetime earning potential, and their tax-paying potential.

It also exposes undocumented Dreamers to potential exploitation through non-official employment. Deporting a person means deporting their education, and their entire lifetime of taxpaying earning potential.

Removing U.S. troops from Afghanistan would involve a similar abandonment of a valuable investment. Most of Afghanistan’s population is under 25. They don’t even remember a time before U.S. intervention.

Withdrawing U.S. troops would have a destabilizing effect on the region as a whole. Doing so would risk turning the rugged mountainous areas of Afghanistan once again into a well-fortified, natural safe-haven for terrorists and extremist groups.

Until a more permanent security can be achieved in the region, leaving U.S. troops stationed at the U.S. base in Afghanistan is an act of peace. The U.S. needs more partnerships like the one it has with with the Afghan people.