The Tide is Turning Against Iran

Iran’s number of international friends is dwindling. The U.S. is turning up the heat. What will Iran do next? 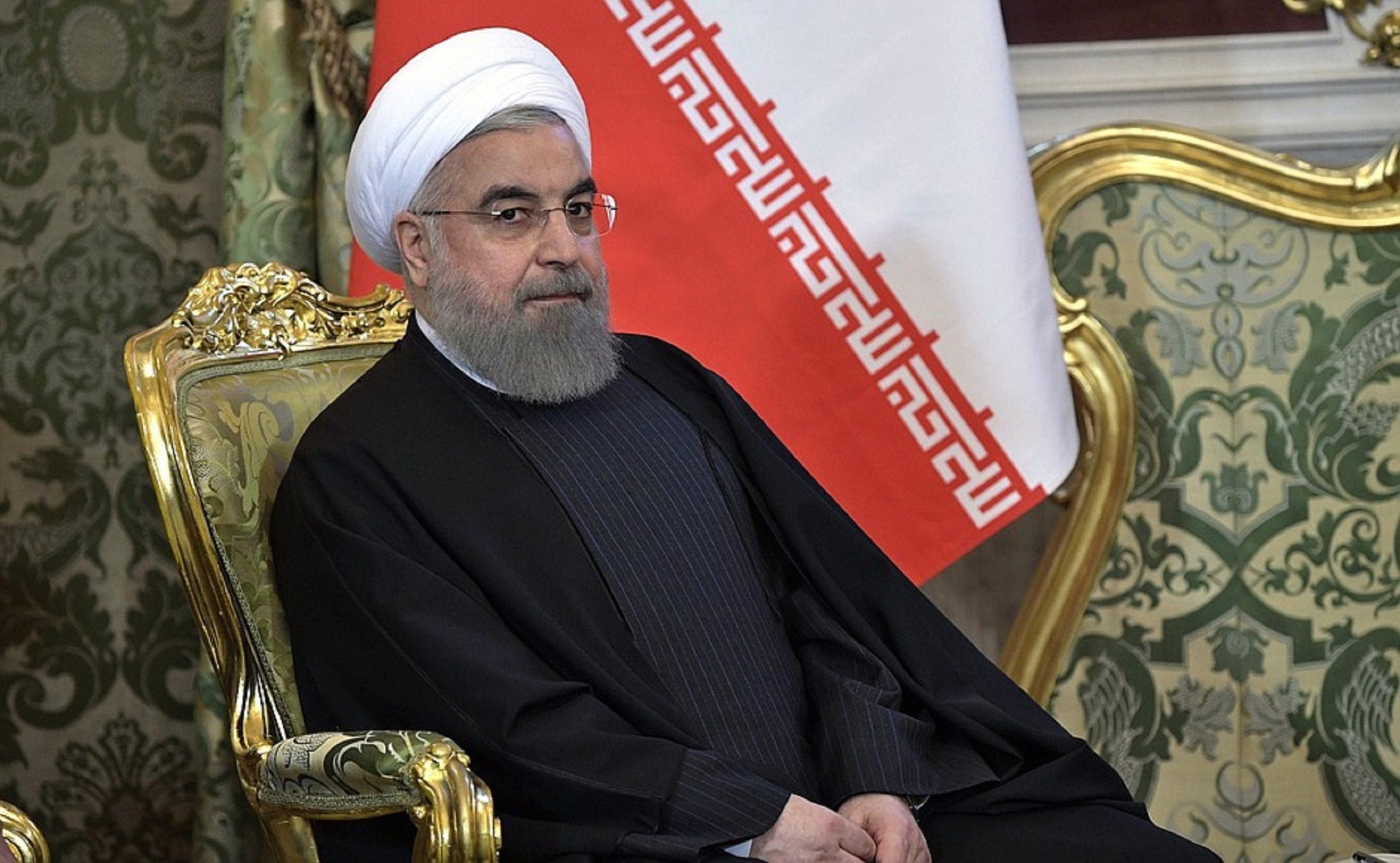 “The Iranian regime has funded its long reign of chaos and terror by plundering the wealth of its own people.” — U.S. President Donald Trump

Iranian President Hassan Rouhani is today struggling to turn the tide of international sentiment that has been gradually growing against Iran in recent months. The world is increasingly weary of Iran’s nuclear aspirations, its human rights abuses, and most of all, Iran’s funding of global terrorist organizations.

A moderate earthquake shook Tehran awake this morning to the news that two U.S. warships are on their way to Iran. If that wasn’t bad enough, Rouhani’s one major accomplishment during his six-years in power is in inevitable danger of immediate collapse.

This at the beginning of the Muslim holy season of Ramadan, when Iranian religious authorities are exerting even more control than ever over a populace groaning under crushing sanctions.

After all, how much does the average Iranian really care about a nuclear Iran?

Not as popular with U.S. allies in the Middle East.

“It is the mission of the Islamic Republic of Iran to erase Israel from the map.” — Ayatollah Khamenei

The JCPOA was definitely not popular with Israel. It was equally unpopular with Saudi Arabia and Egypt. Even less so with Republicans in the U.S., who criticized the accord as lacking any real method of oversight, or any way to enforce Iran’s compliance.

Many critics of the agreement also argued that it was way too generous; giving Iran access to $100 billion with no virtually no guarantees in return rankled U.S. conservatives and national security hawks.

What would Iran do with all that money?

“If we catch them funding terrorism, they’re going to have a problem with the United States Congress and with other people, obviously.” — U.S. Secretary of State John Kerry, January 2016

Yet, fund terrorism Iran did. After signing the JCPOA in 2015, Iran continued to fund terrorist activities around the world. Iran has been caught doing so, not once but many times. And now, as John Kerry predicted, Iran has a problem.

Unlike the scholarly and esthete Barack Obama, President Donald Trump is a bully. And as any kid can tell you, bullies use their size and strength to gain advantage.

Sanctions against Iran have been a long time coming, since 2015 as a matter of fact. Before the ink was dry on JCPOA in 2015, Iran was already subverting the agreement, emboldened by a perceived-as-weak U.S. foreign policy and stacks of cold hard cash.

Under Trump, economic sanctions imposed by the U.S. government have made it all but impossible for any foreign countries to invest in Iran. The Trump administration also took the bold more of recently declaring Iran’s Revolutionary Guard a terrorist organization.

Now, the U.S. has now deployed the USS Arlington and the USS Abraham Lincoln strike group equipped with Patriot missiles to the region. The U.S. government asserts that the tactic comes in response to “heightened Iranian readiness to conduct offensive operations”.

“The Acting Secretary of Defense has approved the movement of USS Arlington (LPD-24) and a Patriot battery to US Central Command (CENTCOM) as part of the command’s original request for forces from earlier this week.”

“The Department of Defense continues to closely monitor the activities of the Iranian regime, their military and proxies. Due to operational security, we will not discuss timelines or location of forces. The United States does not seek conflict with Iran, but we are postured and ready to defend US forces and interests in the region.” — Pentagon Statement, May 10 2019

Predominately Muslim countries in the Middle East who have historically shunned Israel have only in 2018 began to tentatively express a willingness to partner with Israel against Iran.

There have also been indications that relations have been softening between Muslim countries at odds in the past. Some may prove willing to lay aside other grievances in united opposition to the mutual threat of Iran.

“We grew up talking about the Palestine-Israel dispute as the most important issue, but then, at a later stage, we saw a bigger challenge, more toxic — in fact the most toxic in our modern history — which came from the Islamic Republic.”

“If it wasn’t for the toxic money, guns and foot soldiers of the Islamic Republic, I think that we would have been much closer today in solving this issue with Israel.” — Bahraini Foreign Minister Khaled bin Ahmed al-Khalifa

Some Sunni Arab countries are more concerned about Iran than any other issue, which puts them on the same side as Israel, a country they have historically shunned — at least in public.

“Building ballistic missiles and giving them to terrorist organizations is unacceptable and there are resolutions that say Iran should be punished for that. Who is supporting Hamas and Islamic Jihad, and undercutting the Palestinian Authority? Iran.”— Saudi Minister of State for Foreign Affairs Adel al-Jubeir

Iran, for its part, expects the other countries that participated in the 2015 treaty to shield Iran from U.S. sanctions. Not likely, as savvy world leaders facing Democratic election are unlikely to risk the displeasure U.S. sanctions would inflict on their electorate.

As of publication, U.S. President Donald Trump has passed his personal phone number to the Swiss in hopes that leadership in Iran will fold under the mounting pressure and sue for peace.

One thing is for certain, the Iranian government isn’t likely to find the Trump administration as accommodating to their nuclear aspirations as the Obama administration.