The Success of the Abraham Accords

With the historic peace agreement comes the announcement that more countries are expected to join. Is Saudi Arabia next? 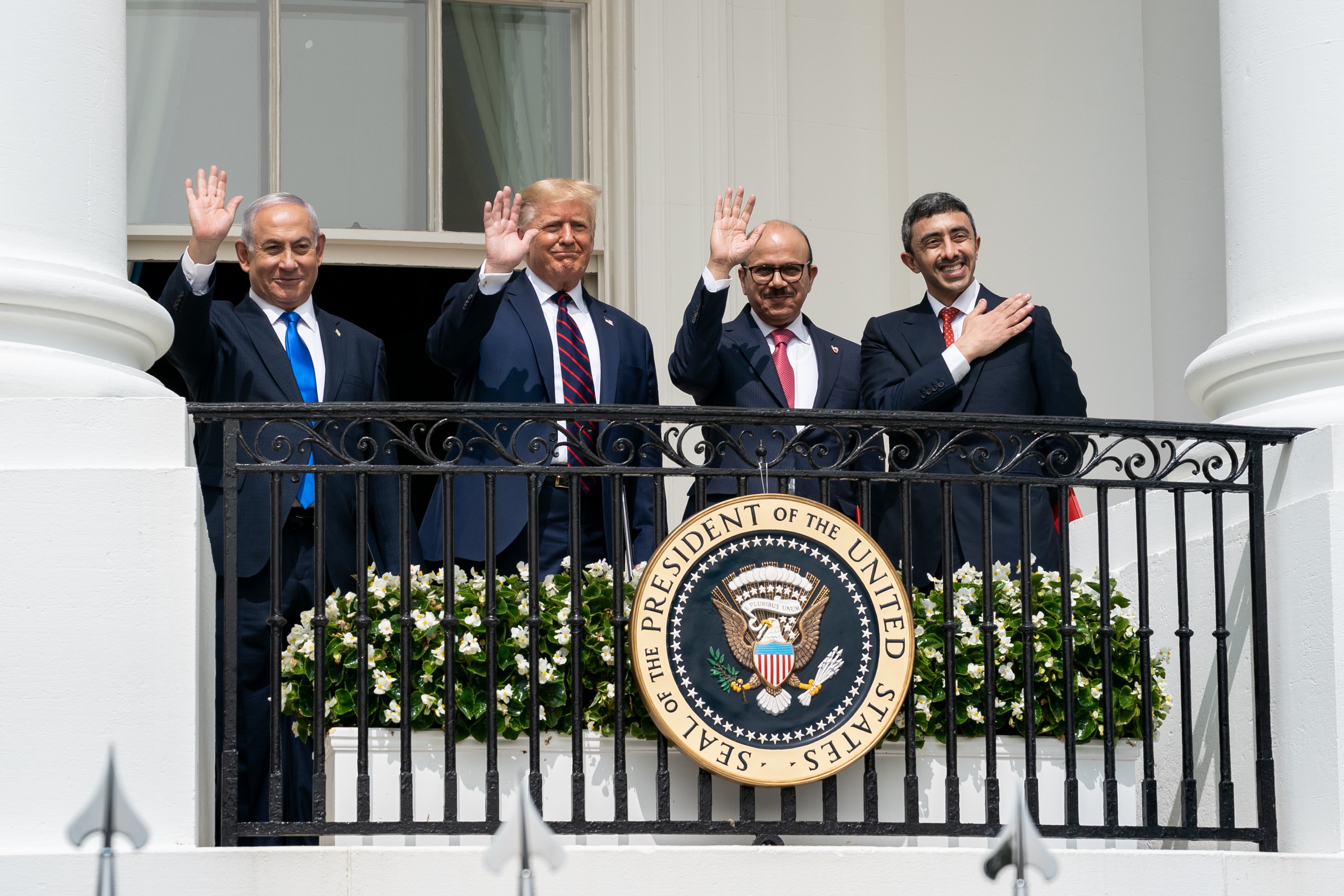 At a White House ceremony on Tuesday, U.S. President Donald Trump acted as an official witness to the signing of major peace agreements between Israel, the United Arab Emirates and Bahrain.

After the ceremony, Trump announced that he expects Saudi Arabia to normalize relations with Israel at the “right time”.

During a sit-down with Israel’s Prime Minister Benjamin Netanyahu, President Trump announced that there are more peace talks taking place with an additional five or six countries joining, including Saudi Arabia. Hours after saying five to six countries were on the path to peace, Trump revised that number to up to nine nations.

When asked if he expected Saudi Arabia to follow the U.A.E. and Bahrain, Trump said “I do. I spoke with the King of Saudi Arabia, and we had a great conversation. And I think positive things will happen there, too.”

President Trump hosted a historic signing ceremony for the Abraham Accords brokered by his administration at the White House on Tuesday.

Israel Prime Minister Benjamin Netanyahu and the foreign ministers of both the United Arab Emirates and Bahrain were present to sign peace agreements at the ceremony, and President Trump signed each as a witness. The three leaders also signed a trilateral declaration of peace.

“We’re here this afternoon to change the course of history. After decades of division and conflict we mark the dawn of a new Middle East,” the president said at the ceremony in the South Lawn of the White House.

The Abraham Accords allow the establishment of embassies, the exchanging of ambassadors, and cooperation on a range of fronts including trade, security, and tourism. The agreements also open the door for Muslims around the world to visit historic sites in Israel, including the Al Aqsa Mosque in Jerusalem, the third holiest site in Islam.

Israeli PM Netanyahu said the ceremony represented a “pivot of history” and he praised Trump for helping negotiate the agreements.

“The blessings of the peace we make today will be enormous,” Netanyahu said. “First, because this peace will eventually expand to include other Arab states and, ultimately, it can end the Arab-Israeli conflict once and for all; second, because the great economic benefits of our partnership will be felt throughout our region; … and third, because this is not only a peace between leaders — it’s a peace between peoples. Israelis, Emiratis and Bahrainis are already embracing one another.”

“And you’ve heard from the president that he is already lining up more and more countries,” Netanyahu added. “This is unimaginable a few years ago. But with resolve, determination, a fresh look at the way peace is done, this is being achieved.”

The United Arab Emirates Minister of foreign affairs and international cooperation, Abdullah bin Zayed Al Nahyan spoke about the “innate principle” of peace on the White House lawn and also thanked President Trump for his involvement.

“I stand here today to extend a hand of peace and receive a hand of peace. In our faith, we say, “O God, you are peace, and from you, comes peace.” The search for peace is an innate principle, yet principles are effectively realized when they are transformed into action,” he said.

“This — this initiative would not have been possible without the efforts of His Excellency President Donald Trump, and his team, who worked hard and sincerely for us all to reach here,” he added.

“For too long, the Middle East has been set back by conflict and mistrust, causing untold destruction and thwarting the potential of generations of our best and brightest young people,” he said. “Now I’m convinced we have the opportunity to change that.”

He additionally expressed his “deep appreciation to President Donald Trump and his administration.”

“Mr. President, your statesmanship and tireless efforts have brought us here today and made peace a reality.”