Sure, the controversial drop of the Nike “satan shoes” was great for ad clicks…for about a minute. What happens to Lil Nas X now? 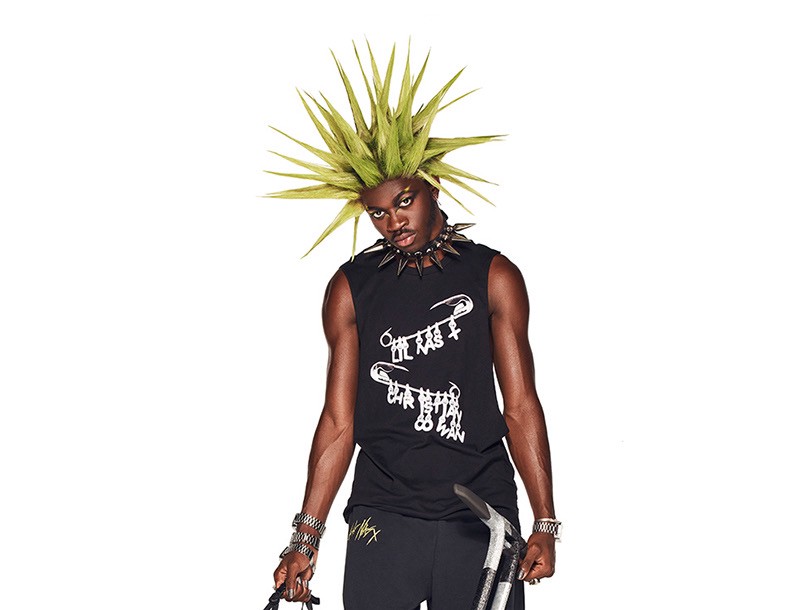 What seemed at first to confirm every religious conservative’s worst nightmare about the U.S. entertainment media industry, and thus couldn’t possibly be true, turned out to be only too true last week.

Limited to a run of only 666 pairs, and advertised as containing a bronze pentacle, an inverted cross, and one drop of real human blood, the product launch was met with incredulity and confusion bordering on absolute pandemonium. Even among the purely secular, it was a bit shocking.

The launch of the “satan shoes” is completely understandable, from a purely mercenary marketing perspective. Very few companies using satan to market their products; easy to stand out when you stand alone.

Because in a virtual world full of shocking opinions, and opinions carefully designed to be outrageous, it is becoming harder and harder to distinguish yourself. Who will be the first to call out the next example of egregious racism, sexism, ageism, ableism, weightism, and every other social handicap that ails society?

Who can propose the most extreme solutions? Who can out-progressive the latest popular progressive?

On the right, it is a contest of who can next catch the corporate media lying, deceptively editing, and otherwise spinning the news in favor of the Democratic Party- or who can call out the titans of Silicon Valley for abusing their vast power the loudest.

Neither side is likely to run out of things to do anytime soon.

Determining who will be the next gold medalist in the outrage olympics has become a sort of national pastime in the media. As a result, we are living in a fully immersive marketing thunder-dome, with billionaire corporate competitors vying to see who can break the most rules next, garner the most attention.

And any publicity is good publicity.

Besides resulting in levels of sex, violence and profanity in movies, music and television heretofore unknown in modern civilization, the mission to shock, appall, and/or emotionally blackmail audiences into reacting- even to a commercial- isn’t doing much to improve society or contribute to the social good.

Already, many people are recalling fondly the innocent days of yesteryear when multinational mega corporations with trillion-dollar ad budgets and no public oversight settled for using sex and our insecurities to sell us things.

Now, entire marketing campaigns are designed around garnering attention through provoking one political party to attack the other. As the dust settles, we seem to have improved the diversity in television commercials while preserving the same terrible companies.

Procter & Gamble can remain the single biggest producer of single-use plastics on the planet, continue testing on animals, exploiting low labor standards in emerging nations and finding places with fewer environmental laws to make their products- as long as it is calling out toxic masculinity.

Cruise ship lines can continue to pollute the very places from which they reap their profits; so long as they are requiring vaccine passports and “standing up to Florida”.

Either you think these obscenely wealthy corporations- architects of an untold number of environmental disasters, authors of an almost incomprehensible wealth gap, and the reasons we have child labor laws (because we must)- suddenly care about making the world a better place, or you think they’ve found a genius new way to make money.

Instead, it has become the newest form of exploitation, demanding a higher and higher price from artists who want our attention, ruthlessly extracted by those who want access to all those precious eyeballs glued to the screen.

There is no shortage of talented young artists anxious to make it in the music or movie business, willing to throw a promising career away on a marketing stunt likely to alienate far more fans than it garnered. Media executives- from the grotesque predations of the Harvey Weinsteins to the comparatively genteel predations of the Scooter Brauns- have proven their willingness to exploit the unwary and innocent.

What does the company who profited from the “satan shoes” care what happens to Lil Nas X?

Country fans aren’t likely to flock to satanic imagery in a music video and corresponding product launch- they were universally appalled. Rap fans shouldn’t be overly impressed either. Of the many controversial subjects covered by Rap musicians over the years- drugs, sex, poverty, violence in the streets, gangs, killer cops and killing cops- satan hasn’t come up much. Jesus, God, and Allah show up quite a bit though.

You may be a dedicated secularist who appreciates Lil Nas X’s effort to break the rules from a purely academic perspective; how likely are you to buy his music, really? Do bookish contrarian secularists like country-rap-pop music with a frisson of satanism? Does anyone?

Artists should- and have- of course, be allowed, and encouraged, to express themselves in any way they see fit, regardless of whether anyone buys it or not, literally or figuratively. Breaking the rules in art is de rigueur and always has been.

The company responsible for the “satan shoes”, MSCHF, has launched similar viral marketing efforts in the past, though this is its first major, primetime news splash.

Perhaps unpredictably, Nike immediately sued for copyright infringement. MSCHF has already settled with Nike out of court and has agreed to recall the shoes. Though MSCHF has customized other pairs of Nikes without legal issue, the “satan shoes” were apparently too hot for the corporate giant to handle.

On the other hand, perhaps getting sued by Nike and the shoe recall was all part of MSCHF’s plan to begin with. Pairs of “satan shoes” already in circulation are selling for prices 146% higher than their original $1,018 price tag on Ebay. Some are listed as high as $10,000.

And MSCHF is on the map now, aren’t they? They are climbing the ladder of success the old fashioned way, for all their modern tech savvy; by stepping on someone else.

In shamelessly and heartlessly exploiting a young musician on the cusp of a promising career- using his budding star power and discarding him- MSCHF has achieved its marketing goal of social “disruption”.

After all, nothing causes social disruption quite like exploitation.