The Rampant Misogyny of the Left

For women deemed unworthy by progressives, nothing is off limits. 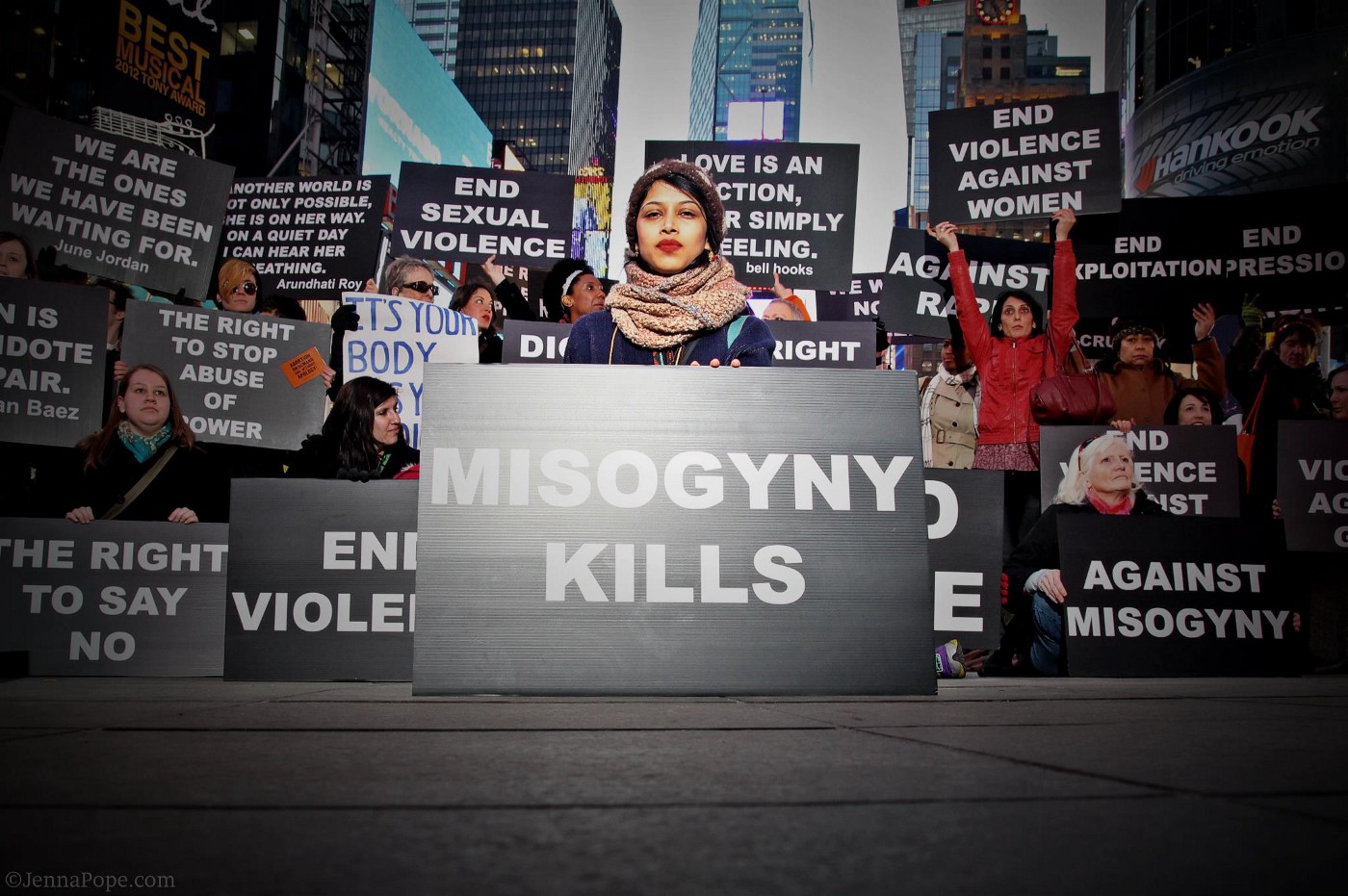 The fact that the dehumanization and infantilization of women deemed unworthy of respect and basic dignity continues apace should come as no surprise. Misogyny isn’t back; it never left.

That it is currently coming most virulently from the progressive left, rather than from the religious right, is something of a surprise.

According to current progressive ideology, all women are equal and deserve to be treated with dignity. That is, unless they are “Karens” or “TERFs”; policewomen or Republicans, or pro-life, or ‘phobes of one kind or another.

Democrats on the left don’t believe this behavior is in any way sexist, misogynistic, or problematic; these particular women, progressives argue, really have it coming to them.

Such is always the argument of the misogynist: They seldom admit to hating all women- but certain groups of women in particular always seem to draw their ire for some reason.

But there is a reason the current ipso facto Democratic nominee for President is not a woman. And it isn’t a good one.

On the left we find the same leftover remnants of the longstanding, time-honored tradition of misogyny we find on the right. Vogue found itself in hot-water recently after body-shaming, with more than a touch of slut-shaming, Jessica Simpson for both her looks and her choice of clothing. This is not progressive; it is, in fact, misogyny 101.

Psychology Today gives us 12 Ways to Spot a Misogynist, though it fails to point out that women have also undergone a barrage of misogynistic media messages over the decades and may have deeply internalized prejudices against other women.

“[the misogynist’s] behavior towards women in general is grandiose, cocky, controlling, and self-centered. He is extremely competitive, especially with women. If a woman does better than him socially or professionally, he feels terrible.”

“He will unknowingly treat women differently from men in workplace and social settings, allowing men various liberties for which he will criticize female colleagues or friends.”

“He will be prepared (unconsciously) to use anything within his power to make women feel miserable…make jokes about women and put them down in public.” — Psychology Today, 12 Ways to Spot a Misogynist

Let’s examine the way with which the progressive left is currently treating some of the women it has deemed unacceptable with these guidelines in mind.

“It was quintessentially Ivanka: looking like a Botoxed deer in the headlights, the multimillionaire child of a (supposed) billionaire.” — Arwa Mahdawi, ‘Has Ivanka Trump Finally Been Cancelled?’ The Guardian.

Notice Ivanka Trump is deftly and publicly insulted, dehumanized and infantilized- she is a “botoxed deer”, a “child”. The article on an ominously threatening note:

“Ivanka has been given a free pass for a long time. But, given her father’s plummeting popularity, she may soon find out what it is like to be held accountable for her actions- and learning a thing or two about “discomfort and uncertainty”. — Arwa Mahdawi, ‘Has Ivanka Trump Finally Been Cancelled?’

It is really quite chilling.

Almost as chilling as progressive activist Linda Sarsour telling fellow activist- and female genital mutilation survivor- Ayaan Hirsi that “she deserves to have her vagina taken away,” merely for opposing Sarsour’s political views.

Progressives in the media have a new target as well: White House press secretary Kayleigh McEnany.

Note the upfront dehumanization of McEnany with an undercurrent of sexualization: She is reduced to a mere “mouthpiece”; not a “spokesperson” or “messenger” or anything else that might have kept the fact that Kayleigh McEnany- whatever profession she has chosen, however she chooses to dress, or speak or wear her hair- is a human being deserving of the basic dignity which should be afforded all such.

Not Kayleigh McEnany, though: She is a “mouthpiece” rather than a “lieutenant” or even a “crony”: She is instead a “mouth” and a “piece.”

In case all that misogyny wasn’t overt enough, writer Molly Jong-Fast was anxious to make it clear in the subtitle of the article: Kayleigh McEnany is “sideshow”- mere entertainment, not to be taken seriously.

McEnany is a “wizard” (aka witch), an “oracle”. Of course, since there has to be a sexualized component to make McEnany’s shaming more effective, she is also a “mistress”- a derogatory term with negative connotations implying sexual immorality, reserved solely women.

Accusing women of possessing and using magical powers of darkness is misogyny in its most ancient and time-honored form.

The accusation of black magic and witchcraft has many times been leveled throughout history at other vulnerable groups people in power have been anxious to subjugate; Jewish people are often accused by anti-Semites of having evil powers.

These virulent forms of prejudice- anti-Semitism and misogyny- are so deeply ingrained, the people who casually level these accusations have no idea why calling J.K. Rowling or Kayleigh McEnany a witch feels so right or why calling Jessica Simpson, Sarah Palin or Ivanka Trump stupid is so easy.

“McEnany even has that odd waxy look of a Trumpy woman, all white teeth and smooth hair sprayed within an inch of its life. She looks vaguely like Ivanka or Lara Trump or Junior’s first wife Vanessa. She’s blond and smooth and fatless. She wears high pumps and smart business casual outfits while supporting Trump’s message of misogyny.”

“But the thing that really makes her a ‘Trumpy woman’ is that she’s always just the slightest bit outraged and offended by your question.” — “Kayleigh McEnany is Trump’s Most Despicable Mouthpiece Yet”

So, the author is obviously aware that misogyny exists; she admits as much after spending a few sentences openly denigrating McEnany’s teeth, hair, clothes, and shoes, plus body shaming her for being “smooth” and “fatless”.

But the thing about Kayleigh McEnany which bothers misogynists most is the same thing that bothers all misogynists most about women: Daring to speak their mind, express their opinions freely, demonstrate a full range of human emotion. McEnany isn’t being “nice” and soft and feminine; she isn’t people-pleasing and accommodating, instead she has the nerve to be “offended” and “outraged”.

However, the left reserves its most poisonous hatred and misogyny for people it considers traitors, like prominent conservative Candace Owens.

Owens, who happens to be Black, is a former-liberal who is now leading the charge to encourage the African-American community to reconsider allegiance to the Democratic Party.

Since starting the movement she calls “Blexit”, Owens has been attacked, cancelled, and called every name in the book: “bitch”, Uncle Tom, Nazi, white supremacist, liar, and con-artist being some of the nicer ones that don’t include death threats.

Conservative women aren’t the only ones on the receiving end of misogyny from the left. Self-avowed long-time liberal J.K. Rowling has run afoul of progressive activists recently who are demanding she be “cancelled”.

Interestingly, the people who want to burn J.K. Rowling as a witch- and her many beloved children’s books and charitable endeavors along with her- on the conservative right and the “progressive” left are making the exact same argument.

Right-wing, religious conservatives: “J.K. Rowling is endangering the youth! She is corrupting the minds and endangering the lives of children with her evil, dangerous point-of-view. She is a threat to morality, to decency, and to society. She must be silenced, ostracized, and her books burned.”

Progressive activists: “J.K. Rowling is endangering the youth! She is corrupting the minds and endangering the lives of children with her evil, dangerous point-of-view! She is a threat to morality, to decency and to society. She must be silenced, ostracized, and her books burned.”

Incidentally, the censorious old book-burners in Anicient Greece put Socrates to death for the very same reasons: Corrupting the youth and endangering the moral welfare of society by expressing blasphemous views contrary to popular opinion.

Women like Candace Owens, Kayleigh McEnany, J.K. Rowling and Ivanka Trump haven’t learned their subjugated place, in the eyes of their detractors. These new misogynists are cloaking their sexism and hatred under the guise of liberal progressivism, rather than religious conservatism.

Which is why we are having so much trouble recognizing it.

But you can criticize a woman’s views without dehumanizing and infantilizing her; you can engage in political discourse without resorting to the language and behavior of the oppressor- though we all have learned this language only too well.