The Press Fix is In. But Is it Working?

Just when a Trump victory on prison reform seems imminent, Democrats in the press decide that the FIRST STEP Act is bad optics for 2020. 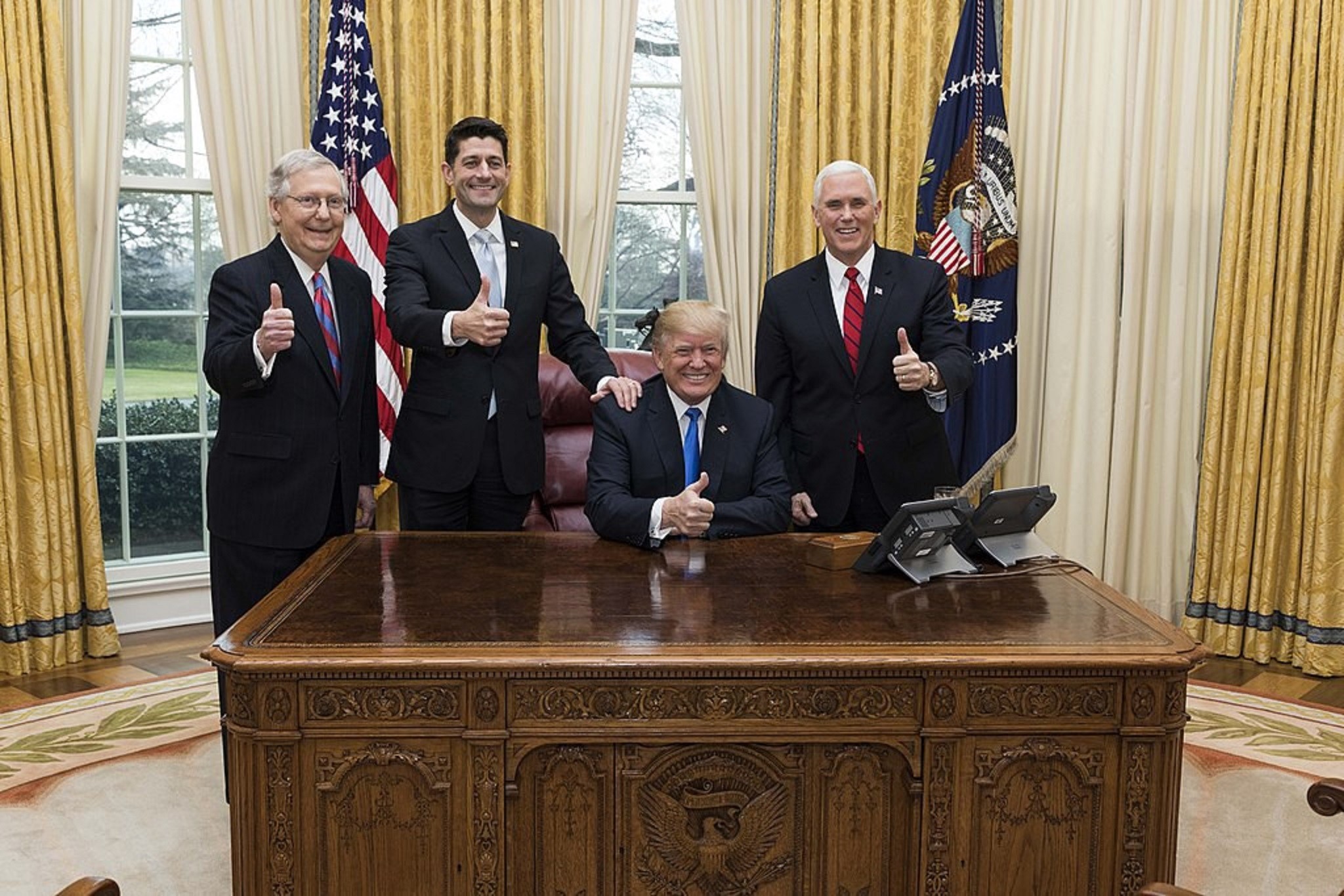 “Enact reasonable sentencing reforms to ensure fairness while keeping dangerous criminals off the street — so important — and revitalize our criminal justice system to be tough on crime but also smart on crime.” -President Trump at FIRST STEP Act Roundtable with Law Enforcement Leaders, November 2018.

Getting Smart on Crime

In a pleasant surprise, Senate Majority Leader Mitch McConnell announced Tuesday that the Senate will vote on the FIRST STEP Act before the end of the month, and as early as the end of this week.

The sweeping criminal justice reform bill passed the House in May 2018 and has been languishing in the Senate ever since. For some, it goes too far. For others, not far enough, but that’s life in the Divided States of America.

Rarely has any issue gained this much bipartisan and widespread support, but considering the vast number of people imprisoned in the U.S., there is little doubt that prison reform is long overdue.

Opponents to the reform have, one by one, come to support the bill through a combination of important revisions and concessions. This has, no doubt, put added pressure on the Senate to vote on the legislation before shifts in the House of Representatives take place in 2019. Even Larry Leiser, president of the National Association of Assistant U.S. Attorneys and vocal opponent, is coming around: First Step Act opponent backs some key provisions, offering hope to supporters.

“This is significant because Larry has been among the loudest and most persistent critics of criminal justice reform and the First Step Act. Having him on board with these reforms should help ease any concerns some senators may have about making our sentencing laws more proportional and just.” — key FIRST STEP Act proponent, Koch Industries general counsel Mark Holden

But, anyone closely watching the progress of the FIRST STEP Act over the past months might have noticed something strange happening in the last week, just as the finish line is coming into sight.

Suddenly, inexplicably, left-leaning media types in the press and news outlets switched sides on criminal justice reform in the U.S. and began to vociferously oppose it.

Snatching Defeat from the Jaws of Victory

For years, liberal Democrats in the press have been vocally championing criminal justice reform from the rooftops, to the point that the clamor for it has reached epic public support proportions. It has even reached Republicans.

Now, just as something substantial on criminal justice reform looks as if it will happen on the Hill, some in the press seem to suddenly think that getting Trump out of the White House in 2020 is more important than getting people serving unfairly long sentences out of prison and back to their families.

And no, the end doesn’t justify the means, it never does; the ends and the means cannot be separated. 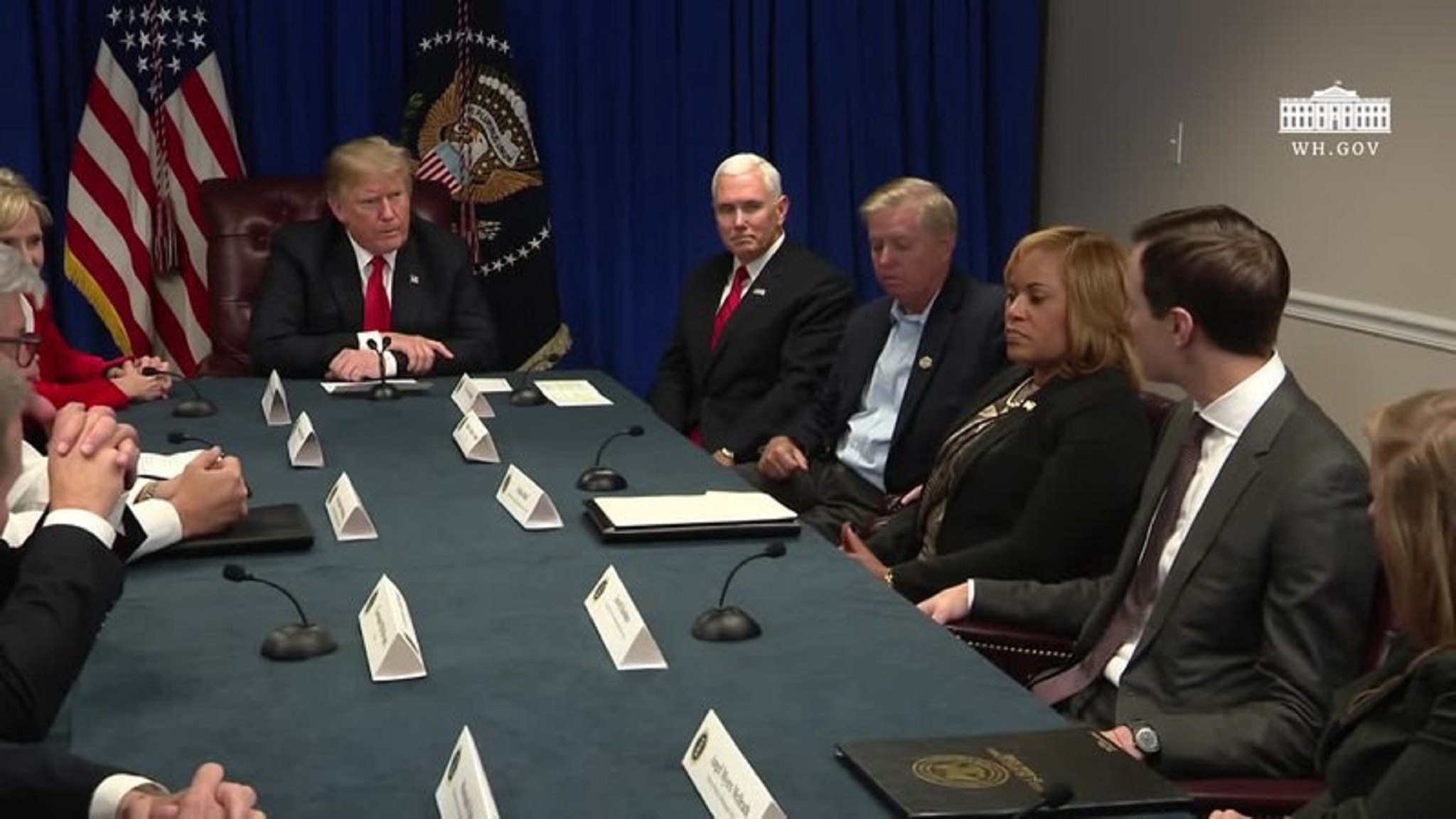 The Fix Was In: NO TRUMP VICTORY ON CRIMINAL JUSTICE REFORM

The First Step Act Is A Step Not Worth Taking, Huffington.

Maybe left-leaners in the media didn’t think Jared Kushner would really get anywhere on the First Step Act- at first. So, until now the liberal media has been giving FIRST ACT the usual treatment:

Admit it’s a good bill but blame Republicans for not passing it. Trump’s criminal justice reform nears demise: “Senate Majority Leader Mitch McConnell has told Republicans there’s almost no window to take up the bill, which sharply divides the GOP.”

The Prison Reform Bill Is Being Held Prisoner by Mitch McConnell, Mother Jones. This strategy had been working fine, right up until rumors started surfacing on the Hill that the Senate might not delay acting on FIRST STEP until January, after all.

Find something else to criticize about Trump, but don’t undermine support for FIRST STEP at this important stage.

Even if you don’t like Trump, support the FIRST STEP Act because you care about the incarcerated people it will free, and free earlier. Support it for the families waiting at home; support it for the productive citizens released inmates will become as a result of new rehabilitation programs, and for all the taxes they will pay.

Rather than try to undermine support for a reasonable criminal justice reform bill passed by a Republican controlled House of Representatives, championed by a top Republican and supported by a Republican President, continue to hate Republicans and give the credit to Former President, Nobel Peace Price Winner and all-around good guy, Barack Obama.

Obama spent a great deal of his Presidency reforming the U.S. prison system and bemoaning its lack of second chances. The Economist wrote about How Barack Obama has reformed America’s prisons in January, 2016. Obama even accomplished a number of precursors to the First Step Act in its current form.

Obama made progress on criminal justice reform. Will it survive the next president?

The real question might be: Will it survive those critical influencers in the press who are willing to sabotage it because it might look bad for Democrats in the 2020 Presidential race?