The Next Four Years Are Going to Be A Nightmare

Get ready for four more years of the “not my president” resistance. 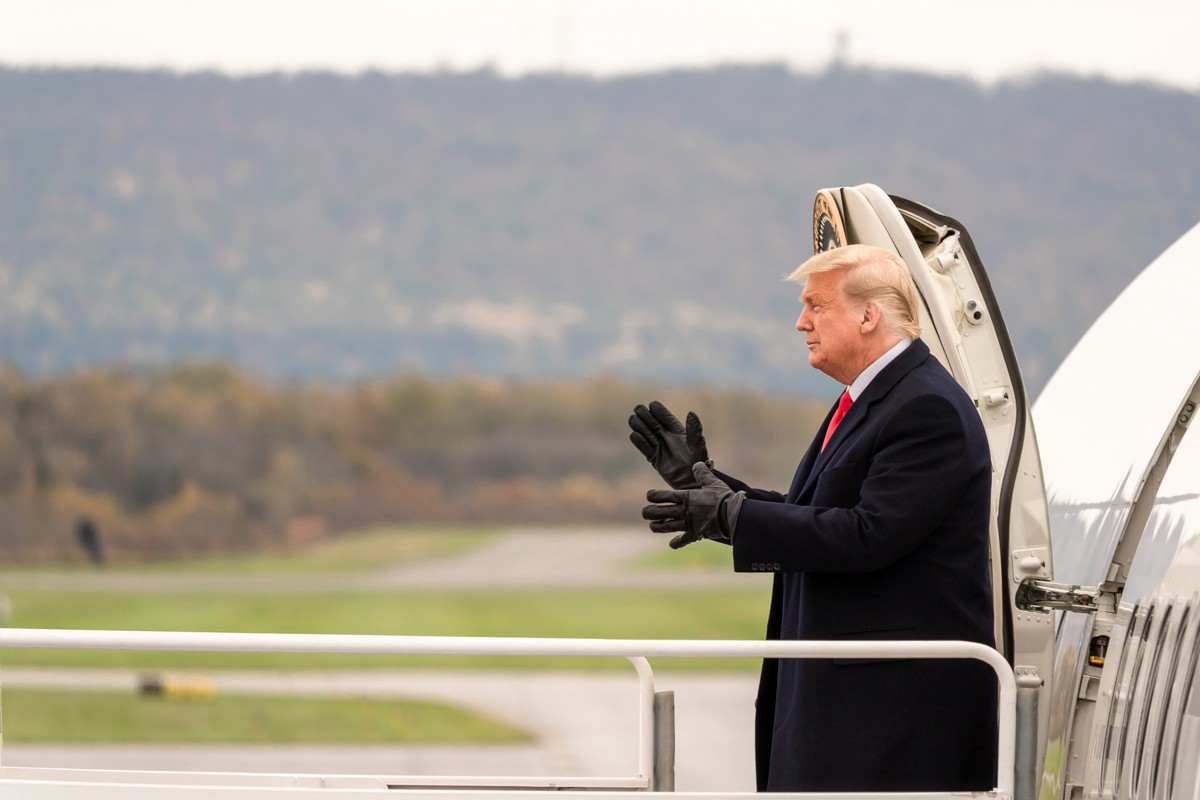 President Donald J. Trump applauds the crowd and gestures with a fist pump as he disembarks Air Force One Saturday, Oct. 31, 2020, upon his arrival to Reading Regional Airport in Reading, Pa., the second of President Trump’s 4 stops in Pennsylvania. (Official White House Photo by Shealah Craighead)

A nation looking forward to a sound and speedy resolution to the thorny question of Donald Trump’s reelection was denied that precious closure this week. Into the vacuum left by the strangely shifting fortunes of Trump post-Election Day, is growing a new movement, a new resistance- like the old one- determined to fight til the bitter end.

After four long years of accusations of fraud and stolen elections, the U.S. is about to embark on four more. Whether the accusations turn out to be unfounded at some point in the future- as the Mueller Report repudiated claims the Trump campaign was cooperating with Russia to steal the 2016 election from Hillary Clinton- won’t matter. The retraction never gets as much attention as the original story.

No matter what Democrats do now, there will still- and always- be a great many Republicans who believe that Democrats- together with their open and unrepentant cohorts in the media and Silicon Valley- conspired to steal the election from Donald Trump.

Likewise, there will always be Democrats who believe- whatever the Mueller Report found- that Donald Trump stole the election in 2016 and was never a legitimate president.

Now that the shoe appears to be on the other foot, neither side is likely to enjoy their new position much.

Just like the last four years, half of America now feels that the presidential race was stolen. Worse, half of America has been told for four long years that their incumbent candidate had absolutely no chance of winning, that his polling was terrible. Then, they watched him defy the polls, grow his support with minority voters, and win commanding lead in crucial swing states on Election Day. Then, they watched that lead mysteriously evaporate in the days to follow.

This is an election- the first in living memory- in which we did not have a definitive winner on Election Day, perhaps not even now. Whatever happens next, we will have an outcome that one-half of the country will spend the next four years vociferously rejecting.

Democrats, now in full and consolidated control of the media, social media and tech companies, may think they will have the power to shut down these discussions of 2020 election fraud and consign those who entertain them to the dust bin of history.

This may prove difficult, however. These accusations of fraud and election malfeasance may prove as difficult to dispel, in fact, as the Russian collusion charges against Donald Trump have proven to be.

Like the Great Firewall of China, the harder tech companies and media networks try to restrict speech, the harder people are going to work to find ways to get their voices heard.

People still need news, they still need information. Conservative voters, as they have just demonstrated, have not been converted by the overwhelming liberal bias in mainstream media. They have simply turned the channel.

They are unlikely to change it back- ever again. Conservative voters are demonstrating now their complete lack of confidence in corporate, mainstream media coverage of the presidential election.

After the past four years of wildly inaccurate polls- viewed as a form of psychological warfare, a constant barrage designed to demoralize and disenfranchise Republican voters- conservative voters have good reason for their jaundiced eye.

As left-leaning media outlets like CNN and Buzzfeed have lost marketshare; as massive, widespread, layoffs have taken place across the industry, conservative media has been gaining in leaps and bounds.

Other media personalities with no loyalty to Democrats, and no reason to supply the favorable media coverage with which the party has become all too comfortable, also hold incredible sway over a growing audience. Joe Rogan isn’t likely to go easy on the Biden/Harris administration.

If the goal of the favorable polling of Joe Biden was the disenfranchisement of the Republican vote, including the irresponsibly early call in Arizona with almost half of the ballots uncounted and people still waiting in line to vote, it may have worked in the short term. If indeed Joe Biden manages- somehow- to scrape together enough electoral votes in the remaining swing states to push him over the line, if the votes received after Election Day in disputed states pass muster under the scrutiny of a supervised recount, Republicans have been dealt a painful, drawn out loss.

It is a loss they won’t soon forget and the Democratic Party may come to regret this ugly election. Whatever happens, the damage has already been done. Faith in our fair elections, which already took a bad beating in 2016, is now enduring another one, even more catastrophic. Distrust in the media, and in Democratic Party may endure for a generation.

Long after the Twitter antics of Donald Trump have faded from memory.