The Loeffler/Warnock Debate Went Down to Georgia

The world rests on their shoulders and both candidates are showing the strain. 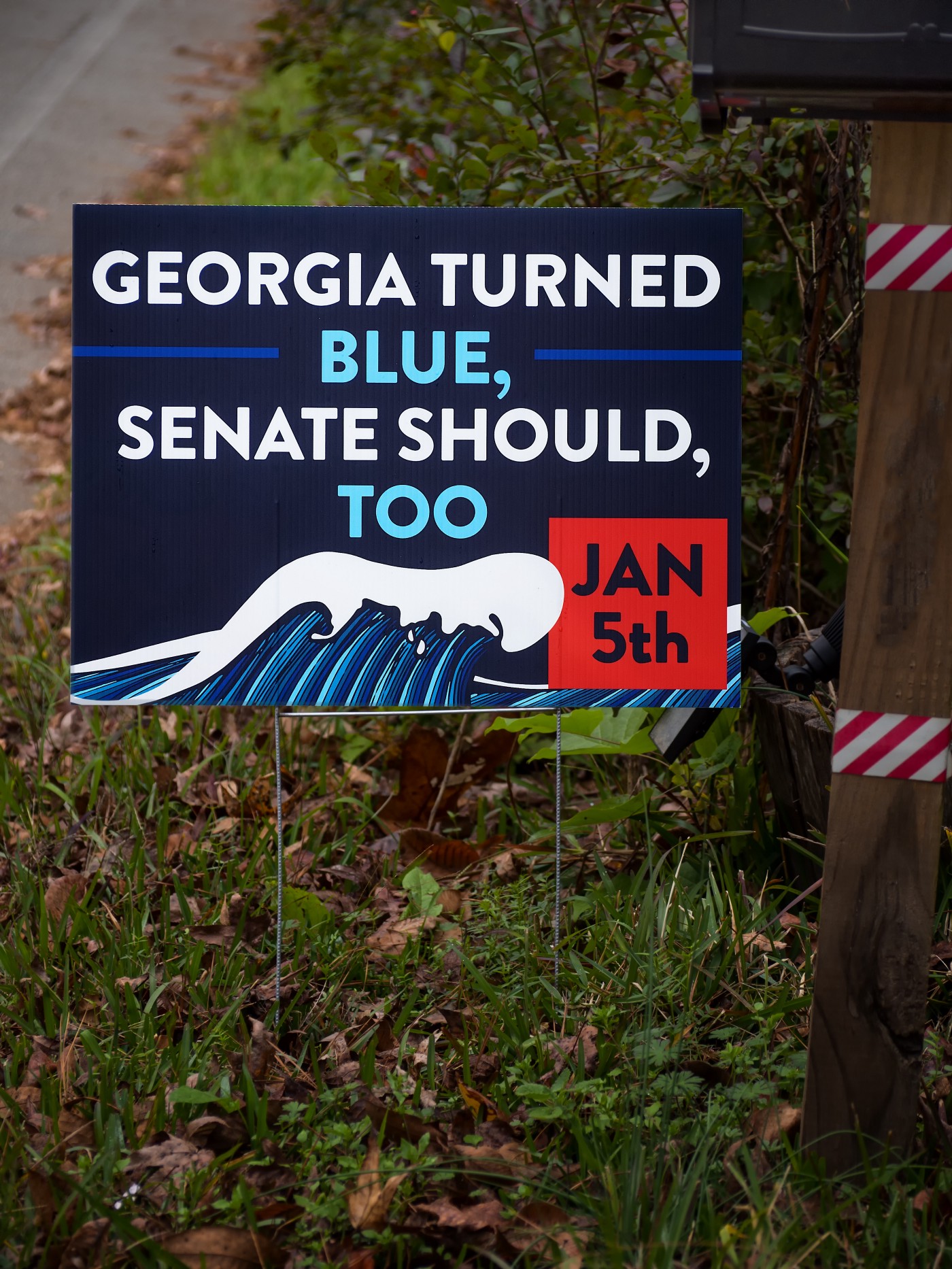 Over the course of the debate, Loeffler frequently criticized “radical, liberal Raphael Warnock” as a “socialist who would help Washington Democrats ram liberal policies through Congress”.

“The Democrats want to fundamentally change America,” Senator Loeffler said at one point during the debate. “And the agent of change is my opponent, radical liberal Raphael Warnock.”

For his part, Warnock countered Sen. Loeffler claims of being a “radical,” “liberal,” and “socialist” by saying she “lied not only on me, but on Jesus.”

As many observers of this election expected, Loeffler frequently pressed Warnock on his public statements as a popular figure on the left in Georgia, including his record of vocally supporting Marxism. Loeffler asked Warnock to publicly denounce socialism and Marxism on stage.

“Reverend Warnock, in your writings and your teachings, you’ve repeatedly praised Marxism and the redistribution of income,” Loeffler said. “Can you here and now for all Georgians renounce socialism and Marxism?”

“Listen, I believe in our free enterprise system and my dad was a small business owner,” Warnock said, before continuing to describe some of the things he has done as a pastor. Warnock then turned his answer on Loeffler, and said she “purchased that seat,” suggesting, though there is no known evidence to support such an accusation, Loeffler attained her Senate seat unethically.

“Well, predictably you’ve just heard more lies from radical liberal Raphael Warnock, who wants to distract from his own words, calling police officers gangsters, thugs, bullies, and a threat to our children, saying that you can’t serve God in the military, for his attacks on Israel,” Loeffler responded.

“You know, what I’m focused on is making sure we continue to deliver relief. I’ve already delivered relief for 174,000 small businesses, $7 billion for hospitals, and when the government didn’t move quickly enough, I purchased PPE out of my own funds and drove it to hospitals. I donated to hospitals and I donate my salary to charities across Georgia. I’m here working for Georgia.”

When the debate moderator asked Warnock if he would, “support adding more justices to the Supreme Court to offset President Trump’s recent appointments,” Warnock deflected the question and said, “I want to point out that Kelly Loeffler actually voted to defund the police.”

“People aren’t asking me about the courts and whether we should expand the courts,” Warnock added. “I know that’s an interesting question for people inside the beltway to discuss, but they’re wondering when in the world are they going to get some COVID-19 relief.”

The moderator returned to the question and asked, “It will impact people on the ground. So I am wondering, if you can answer the question, do you support expanding the Supreme Court?”

“I’m really not focused on it,” Warnock said, deftly deflecting the question yet again.

When asked about the November election, and President Trump’s criticisms of Georgia Governor Brian Kemp, Senator Loeffler offered her own deflections; “The President has the right to pursue every legal recourse to make sure that this was a free and fair election in Georgia. And we know that these audits have turned up thousands of votes that were initially uncounted. And I’ve called for a signature audit.”

When the Senator was asked again about the exchange of remarks between President Trump and Governor Kemp and if President Trump “was wrong,” Loeffler avoided answering directly and responded saying, she appreciates the support of both.

When the debate reached the topic of Coronavirus, both Sen. Loeffler and Rev. Warnock said they would take a COVID-19 vaccine when it is deemed safe by public health experts.

“When our health professionals tell us that we have a vaccine that works and is effective and safe, I will take it,” Warnock said, without equivocation. “I will encourage the folks who listened to me, people who were in my church and in the community to take it.”

“Absolutely,” Loeffler said, “I was with Vice President [Mike] Pence on Friday at the CDC, I could not be more proud of what we’ve done this year to deliver relief, but also get cures.”

“I’m going to encourage my fellow Georgians to stay safe, get that vaccine, and we have a great plan to prioritize those communities who need it most and we will make sure that that’s carried out,” she continued.

As the debate drew to a close, it is not clear if any opinions will be shifted as a result. All eyes turn to Georgia now as we await the results of yet another contentious, all-important election upon which the entire country hinges. It is with great hope that both parties anticipate an outcome more decisive and timely than the one we received in November.