Saying “Trump deserves Covid” sounds like every other lunatic rant about the wrath of God visited upon those who have transgressed. 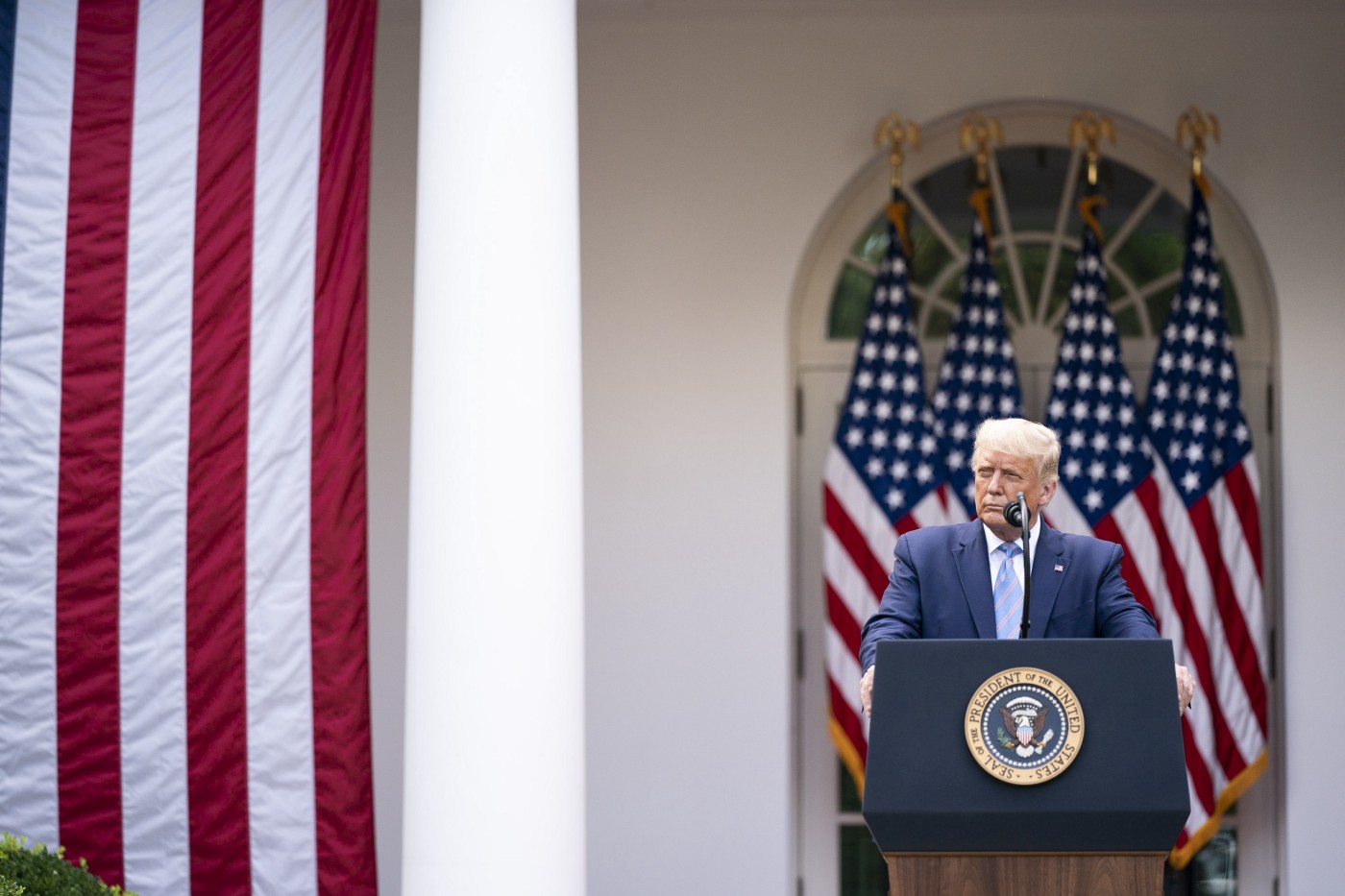 The news that Donald Trump has tested positive for COVID-19 and is currently receiving treatment at Walter Reed Medical Center has been met by a wave of vicious sentiment from the left.

Under the auspice that Trump is solely responsible for the over 200,000 Americans who have as yet succumbed to the virus since the epidemic began, high-profile Democrats have celebrated the news as Trump’s just deserts.

“Trump is getting what he deserves for not taking the virus seriously enough,” is a too-common refrain.

“I hope he dies,” isn’t uncommon either.

Democrats are getting dangerously far out onto thin ice with public statements to the effect of “Trump got what he deserved”. Say Trump’s is a mild case and he quickly recovers to tout current treatments for COVID-19? “See, everyone,” Trump might say, “I got it, took it seriously, got treatment, and now I’m fine.”

Is that “what he deserves”, too?

Of course, he could die. COVID-19 can be fatal, and as mass media outlets have been frequently reminding America, Trump is in a high-risk mortality group. Still, that “high mortality risk” designation means Trump has a 94.6% chance of making a full recovery, according to the latest data from the CDC.

What if it turns out that Trump got it from the debates?

In addition, what will celebrants of Trump’s diagnosis do when the inevitable happens? Whatever steps they take to protect themselves, a high-profile Democrat will eventually get COVID-19. Did they deserve it, too?

What about all the other people around the world who have contracted COVID-19 since the epidemic began? Plenty of sufferers have “done everything right,” and still contracted this extremely contagious virus. Did they all deserve it?

After the terrorist attack on September 11, 2001, Falwell said, “I really believe that the pagans and the abortionists and the feminists and the gays and the lesbians…all of them who have tried to secularize America, I point the finger in their face and say, ‘You helped this happen.”

Disgusting, isn’t it? It sounds absolutely ludicrous, incendiary, mind-boggling. Even Falwell himself relented later in life. No doubt Fallwell was sincere in his convictions; that doesn’t make it any better.

Captain Paul Watson, of the Sea Shepard nee Greenpeace fame, is prone to express the same “wrath of God” sentiments when a natural disaster strikes a still-whaling nation like Japan. Under the dubious loophole to an international whaling ban allowing “scientific research”, Japanese whalers still kill thousands of whales a year, shamelessly selling whale parts for meat and traditional medicine.

Now, Paul “I’ll be back next year with a bigger boat” Watson quit Greenpeace because they weren’t serious enough about the environment. We can all understand his are sincerely held beliefs. But, when an earthquake or tsunami hits Japan and Watson publicly celebrates their misfortune- with all its attendant death and destruction- as some kind of Karmic retribution for crimes against the environment, his reputation suffers.

Wishing death on Donald Trump, calling COVID-19 his “Karma” isn’t constructive, it isn’t sensible, and it implicates too many others by default. It is the hallmark of the zealot. If there is a difference between this sentiment and anyone else calling misfortune a righteous punishment, it is in degree.

Nastiness won’t help Democrats convince the undecided and as yet unaffiliated voters Joe Biden still needs to win in November. If nastiness were enough to convince undecided voters, one way or another, they wouldn’t be as yet undecided.

For all Democratic Party objections to normalizing the administration of Donald Trump, nothing does more to make even his rudest Twitter rants appear mainstream than a wave of equal and opposite bile from blue-checks on the left.

Twitter commentators and media personalities anxious to celebrate the news of Donald Trump’s COVID-19 diagnosis should take the long view. Expressing publicly the wish that Donald Trump die a slow and painful death from COVID-19 will do absolutely nothing to Donald Trump.

It may, however, cause undecided voters to feel a certain sympathy for Donald Trump and far less sympathy with Democrats and the media for wishing for his punishment and demise.