The King is Dead. Long Live the King.

A sharply-divided America reflects on the living legacy of Dr. Martin Luther King, Jr. 51-years after his assassination. 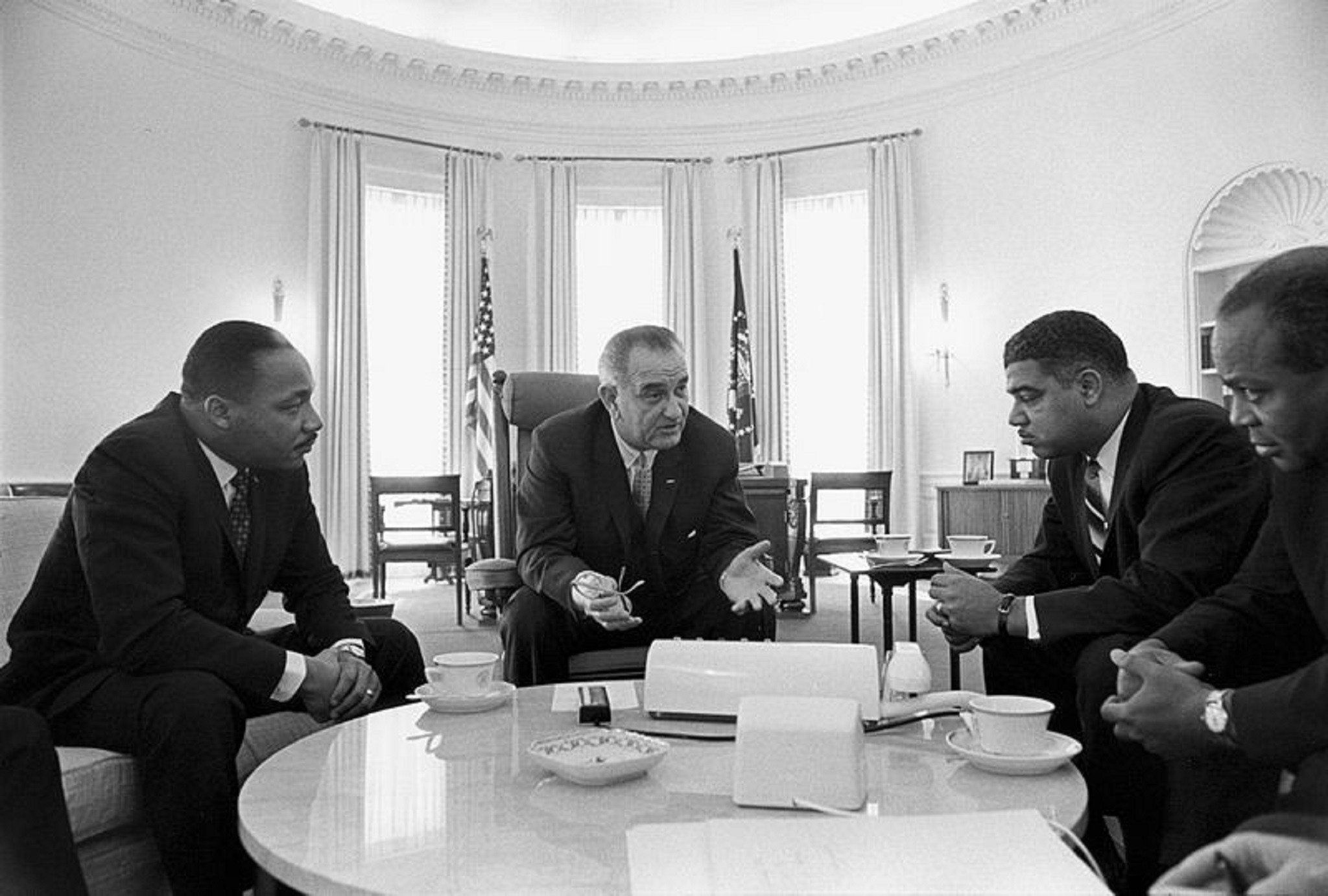 “The arc of the moral universe is long, but in the end it bends toward justice.” — Dr. Martin Luther King, Jr., quoting Theodore Parker, a Unitarian minister and prominent American Transcendentalist born before his time in 1810. Parker was one of the first to call for the abolition of slavery.

There should be a special place in history for anyone called to a noble work who begins, or begins anew, an impossible job well knowing that others must finish it.

Humanity’s great teachers hear a higher call, and they fight the unwinnable fight because they can see further than everyone else.

Possessed of such an unwavering conviction, a person of truly excellent character begins a noble work even knowing they will never live to see the end of it. Never see it done.

Never behold with their own eyes that promised land but determined to do all they can to push mankind in that direction anyway.

Trusting that the immeasurably important, vital work will call to other servants who will pick up the mantle when they fall and continue.

Is it a faith in the absolute, unquestionable moral rightness of their beliefs?

They have a vision of the future that is so strong, it requires them to embark on a life of faith and fortitude aligned against the forces of oppression and injustice that have helped shaped the very world we inherited.

Are certain moral ideals, such as “human beings shouldn’t be enslaved,” and “people of different races are but siblings in one human family, and must therefore need treat one another with the utmost kindness and respect,” so self-evident that, given time, every human mind will eventually cleave to them?

Einstein believed that Buddhism would become the religion of the future. He thought that as mankind learned more about the cosmos and the nature of reality, human beings would naturally come to realize their oneness with every living creature on Earth.

In the half a century since his murder, the great work Martin Luther King, Jr. was called to do, continues, calling more adherents to its banner every day in the self-evident truth that all humans are created equal.

Fifty-years on, much great work has been done and much remains to unite the human family in true fellowship. King’s inspiration and nonviolent mindset lives on in the legacy he left a diverse nation.

“We’ve got some difficult days ahead, but…I’ve been to the mountaintop. I’ve looked over, and I’ve seen the Promised Land.” — Dr. Martin Luther King, Jr., in his final speech. 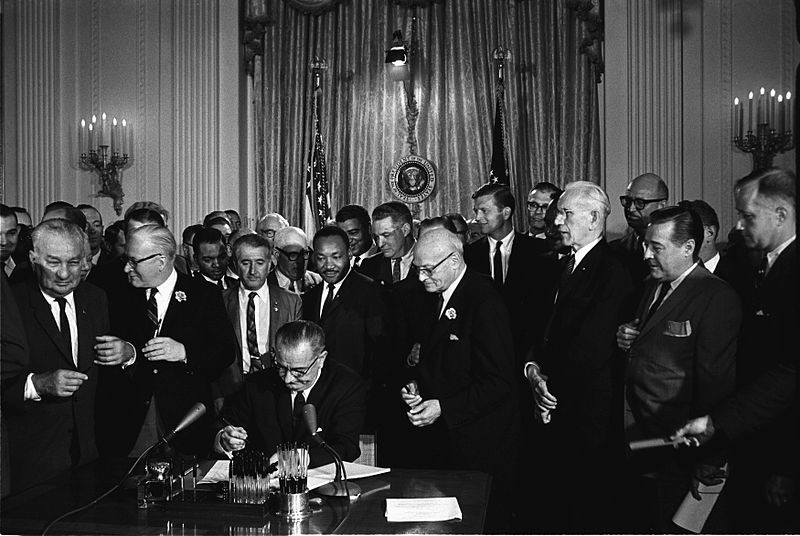 Besides a Black President becoming more than a Fela Kuti album, the fifty-one years since Dr. Martin Luther King, Jr. was shot and killed by James Earl Ray are full of examples of the great work Dr. King began carried on and bearing fruit.

Polling shows conclusively that, in spite of media flaps over football players kneeling during the National Anthem to protest police brutality and even a sitting Congressman defending white nationalism, the attitudes of Americans about race have altered dramatically and radically.

Other countries haven’t fared as well at reforming societal attitudes.

In the recent World Values Survey, residents in 59 countries were asked the same questions about having neighbors of a different race, interracial friendships and interracial marriages.

The U.S. ranked 47th out of 59, making it one of the least racist countries in the world today. More accepting than the Netherlands, Germany, South Korea, Japan and Mexico.

But, what about hate crimes?

FBI: Hate Crimes Have Increased For The Third Year Straight. Headlines touting claims that hate crimes have been rising steadily for the past three years, up 17% in 2017, fall apart if you read past the first paragraph of the article.

The part where the author admits that the increase is likely due, at least in large part, to better reporting of hate crimes, rather than a response to the hateful rhetoric of Donald Trump.

In truth 1,000 additional law-enforcement agencies contributed to the 2017 report than in 2016.

Next year, reporting is likely to get even better. The FBI, which tracks these crimes, is working with law enforcement agencies across the nation to provide training on how to properly identify and report bias-motivated incidents.

More accurate data is great news as the public, researchers, and legislators can use it to develop preventative measures. Hate crimes are the highest investigative priority in the FBI’s civil rights division.

That means that in a radically diverse, deeply integrated society comprised of 325.7 million people as of 2017, only 7,175 of those individuals were mentally ill, drunk, stupid or otherwise socially incapacitated enough to commit a hate crime.

But, what if not all crimes are reported?

They likely aren’t, but double and even triple the above number and we are still looking at race relations that are largely successful in America 2019.

But…7,175 Hate Crimes is Still Terrible!

Yes, it is. For the victims who suffer in these incidents, the fear, the rage, the shock and mistrust they must feel must be truly gut-wrenching. A hate crime is a violation, and, no doubt, it feels like one.

Since hate crimes against persons is the worst category, let’s start there:

But, What About Trump?

He may be in possession of a coarse racial and moral crudeness more inline with the job description of carnival barker than that of a U.S. President, but the march toward civil justice in America has continued unabated under Trump’s watch.

The FIRST STEP Act, the first criminal justice reform bill to begin to correct the sentencing discrepancies between crack cocaine and cocaine crimes, long acknowledged as overly-punitive against poor black people and easier on wealthy white offenders, was passed in 2018 by a Republican-Controlled House and Senate.

Voter rights were restored to a great many formerly incarcerated Americans in Florida during the midterm election, in a bipartisan effort spearheaded in part by none other than the Koch brothers.

An unprecedented number of female and minority candidates were elected to public office in 2018.

Still, The Work Must Go On

The great work for racial and social equality in America is far from done.

The death penalty is still killing a disproportional number of black people in America; so is abortion. There are still steps to be taken, people who are still suffering injustice and indignity; and while they suffer, humanity will suffer with them.

“Until the philosophy which holds one race superior and another inferior is finally and permanently discredited and abandoned, everywhere is war.”

“And until there are no longer first-class and second-class citizens of any nation, until the colour of a man’s skin is of no more significance than the colour of his eyes. And until the basic human rights are equally guaranteed to all without regard to race, there is war.”

“And until the ignoble and unhappy regimes that hold our brothers in Angola, in Mozambique and in South Africa in subhuman bondage have been toppled and destroyed. And until that day, the dream of lasting peace, world citizenship, rule of international morality, will remain but a fleeting illusion to be pursued, but never attained… now everywhere is war.” — Haile Selassie I., in a 1963 address to the U.N.