The U.S. foreign policy picture darkens with old conflicts and new angles in the Middle East. 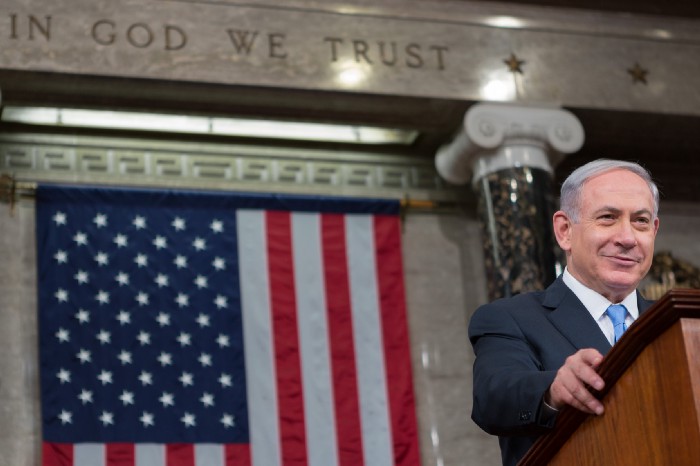 The Israeli military said a Syrian missile exploded in southern Israel on Thursday, setting off air raid sirens near the country’s top-secret nuclear reactor and prompting a retaliatory Israeli strike on the missile launcher and air-defense systems in Syria.

“A surface-to-air missile was fired from Syria to Israel’s southern Negev,” Israeli Defense Forces wrote in a statement on Twitter. “In response, we struck the battery from which the missile was launched and additional surface-to-air batteries in Syria. The incident, marking some of the most serious violence between Israel and Syria in years, pointed to potential Iranian involvement.”

An Israeli military spokesman identified the projectile as an SA-5 surface-to-air missile fired by Syrian forces against Israeli aircraft, Reuters reported. He said the missile overflew its target to reach the Dimona area, 200 km (125 miles) south of the Syrian border and did not hit the reactor, exploding some 30 km (19 miles) away.

“For weeks, Israeli media have said air defenses around the Dimona reactor and the Red Sea port of Eilat were being strengthened in anticipation of a possible long-range missile or drone attack by Iranian-backed forces,” Reuters reported.

In public remarks on Thursday, Israeli Defense Minister Benny Gantz said the anti-aircraft missile was fired from Syria during an Israeli strike there against “assets that could be used for a potential attack against Israel”.

Gantz said Israel’s anti-missile systems had attempted to intercept the SA-5 but were unsuccessful.

“In most cases, we achieve other results. This is a slightly more complex case. We will investigate it and move on,” he said. Israeli security sources said the missile exploded in mid-air.

Though there were no reports of Israeli civilians wounded, the incident Thursday remains a troubling one. The Syrian projectile landed deep inside Israel, prompting sirens near Abu Qrenat, a village only a few miles away from the Dimona nuclear site. Videos of the incident show loud explosions which news reports across Israel said “shook the houses.”

The explosion was a result of the missile defense system battery responding to the firing of the missile into Israel, the IDF said. Missile fragments were found in a swimming pool in Ashalim, and Israeli troops later retrieved the parts.

The UK-based Syrian Observatory for Human Rights, an information office that documents human rights abuses in Syria, said the Israeli strikes hit an air defense base belonging to the Syrian regime and destroyed several air defense batteries in the area. It said the Syrian military fired surface-to-air missiles, attempting to intercept the Israeli rockets, in response.

“Air defenses intercepted the rockets and downed most of them,” the agency said.

The strikes targeted locations near the town of Dumeir, believed to be home to weapon depots for Iranian-backed militias, an area Israel has hit in the past. Four soldiers were wounded and there were “some material losses,” the news outlet reported.

Iran has accused Israel of a series of attacks on its nuclear facilities of late, including at its Natanz nuclear facility on April 11, and vowed revenge. Israel did not claim responsibility for the attack, but unsourced media reports in the country attributed it to the Israeli security services carrying out a “cyber operation”.

The New York Times, quoting anonymous U.S. and Israeli intelligence officials, reported that there had been “an Israeli role” in the attack.

In the past, Israel has launched airstrikes at Syria military targets linked to Iran and the Lebanese Hezbollah militia, to prevent Iranian entrenchment in Syria, as well as weapons shipments to Hezbollah in Lebanon. Iran, a key ally of Syria, has also threatened to complicate U.S. attempts to revive the controversial nuclear deal with Iran.

Tensions escalating between Israel and Iran is bad news for the region, with far larger implications. The U.S.-Russia relationship is deteriorating, with things looking almost as strained as they did in the Cold War days.

Russia recommended one week ago that the American Ambassador to Russia leave the country. Yesterday, Ambassador John Sullivan complied, returning to the U.S. ostensibly to consult with the new Biden Administration.

Meanwhile, the relationship between Russia, Turkey, and Iran is warming up.

Between China and Russia, a rapport has been building over the past 10 years. Thus far, Chinese and Russian interests in the Middle East and adjacent regions have been juxtaposed, though not exactly at odds. The two nations haven’t exactly found themselves at cross-purposes yet either.

That was before Covid-19 altered the China-Russia relationship, however. And in their mutual conflicts with the U.S., the two superpowers have found an unlikely ally in one another.

Further complicating the darkening foreign policy picture, Russian troops were first amassing, then withdrawing abruptly in the past 24-hours, on the Ukraine border, where tensions remain high. Likewise, Chinese military forces are moving into position to invade Taiwan.

The world, and the Biden Administration, may object, and strenuously. But if Russia, China, Turkey, and Iran unite, there may be little global authorities can do to stop it.