The Fall of the House of Cuomo?

New York’s Governor Andrew Cuomo is facing at least four accusations of misconduct. Is there more to come? 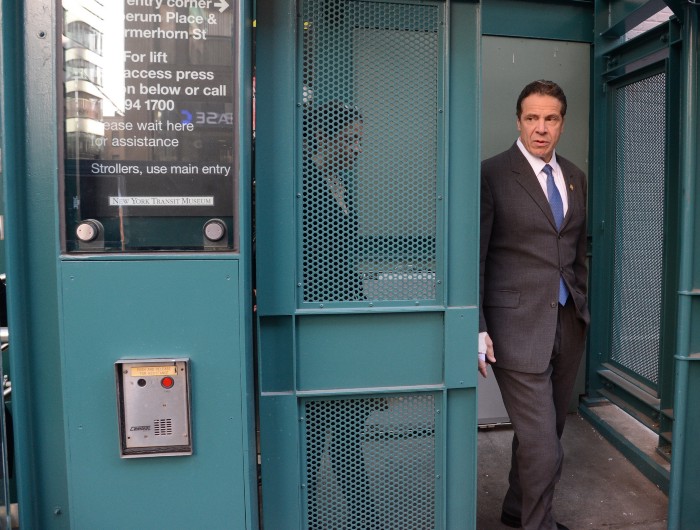 “For ten minutes he berated me, he yelled at me,” Kim recalled. “He told me that, you know, my career would be over, that he’s been biting his tongue for months against me, and I had tonight- not tomorrow, tonight to issue a new statement, essentially asking me to lie.”

“I heard and saw a crime the other day, and he’s asking me to say that I did not see that crime,” said Kim. “And that was the line that he crossed that can’t be undone. And that’s why I had no choice but to speak up.”

“It was a political threat that left a shocking moment for my wife, my family,” Kim said. “He was just yelling at me. I think we could have gotten past it, but it was the yelling plus the request to lie about what I heard.”

The office of Governor Andrew Cuomo immediately went into spin control. Kim was lying, according to the Governor’s staff.

“Mr. Kim is lying about his conversation Governor Cuomo Thursday night,” Senior Cuomo adviser Rich Azzopardi said in a statement. “I know because I was one of three other people in the room when the phone call occurred. At no time did anyone threaten to ‘destroy’ anyone with their ‘wrath’ nor engage in any coverup.”

Mayor Bill de Blasio, someone who has worked with and known Andrew Cuomo for years, both before and after Cuomo was elected NY Governor, was asked to weigh-in on the accusation during an MSNBC interview shortly thereafter.

Even the anchor seemed temporarily taken aback by the blunt condemnation. It did seem unusual. Politicians normally try to keep their squabbles out of the public eye, at least when they are in the same party. Seldom do you see a savvy Democrat like Bill de Blasio pick a fight with such a popular fellow Democrat, let alone the Governor of his state.

Then, De Blasio explained it and said something that may have heralded the end of Andrew Cuomo’s promising political career, though no one paid attention at the time.

“A lot of people in New York State have received those phone calls,” de Blasio said, “the bullying is nothing new.”

“I believe Ron Kim, and it’s very, very sad- no public servant, no person who’s telling the truth should be treated that way. But yeah,” de Blasio concluded, “the threats, the belittling, the demand that someone change their statement right that moment- many, many times, I’ve heard that and I know other people in the state have heard that.”

Why would Mayor De Blasio go out on a limb to take a shot at Gov. Cuomo? The answer has become clear in the weeks since the interview took place:

De Blasio wasn’t out on a limb at all. He was simply giving viewers an honest assessment of the lay of the land in New York. “There are more stories like this one,” de Blasio was warning networks; “get ready to hear them.”

Gov. Andrew Cuomo’s troubles, as Mayor Bill de Blasio so presciently pointed out, were far from over.

Joining Lindsey Boylan, who detailed her account of harassment and misconduct on the part of Governor Cuomo in December on Twitter, another former staffer of the Governor, Charlotte Bennett, came forward to describe a similar experience.

Now, there is a timeline of the sexual harassment allegations against Andrew Cuomo, as presented by the Washington Post.

In even worse news for Andrew Cuomo, his first accuser, Lindsey Boylan, went into even greater detail last week on Medium, complete with screenshots and old text messages: “My story of working with Governor Cuomo: ‘Let’s play strip poker.’”

My story of working with Governor Cuomo

Nor did Boylan stop with the Governor himself, but implicated other senior members of his staff in facilitating his pattern of misconduct against female staffers and others.

Sexual predation by someone in a position of power, who uses that power to dominate, harass, and manipulate subordinates, colleagues, or acquaintances, has increasingly come to be viewed by #MeToo movement activists as tantamount to sexual assault.

Workplace relationships have also come to be seen differently in the fullness of time. Power balance disruptions in the workplace due to sexual harassment impact everyone in the workspace, not only the people involved.

For the “favorite”, a hostile work environment is created- there may be fear of losing a job, the pressure to respond positively, relationships with co-workers and colleagues are strained.

For everyone else, there is tension, discomfort, and stress.

Former President Bill Clinton’s relationship with a young White House intern, while he was President when it came to light, did not cost Clinton his reelection campaign.

Thanks in part to feminist writers and journalists, including those working at the New York Times, Bill Clinton’s seduction of and subsequent relationship with a woman decades his junior, while he was the leader of the free world, was explained away as a young woman with a crush and an older man’s minor indiscretion.

Cuomo’s fellow Democrats in New York, including Bill de Blasio, are calling for an independent investigation into the allegations. This crisis, coupled with the nursing home policy crisis Cuomo’s office was already dealing with, could prove enough to derail a promising political career.

Only recently, however, Gov. Andrew Cuomo was being encouraged to run for the Democratic Party presidential nomination, receiving an Emmy award for his press conferences during COVID-19, and being considered by the Biden Administration for the post of U.S. Attorney General.

Though Gov. Cuomo has unquestionably had a rough month, it remains to be seen what, if anything, comes from calls for an investigation. He remains a popular figure within the Democratic Party, with more than a few defenders in New York and Washington.

The Biden Administration is, for now, refusing to condemn Andrew Cuomo and he may yet become U.S. Attorney General. Much depends, including the political fortunes of Andrew Cuomo, on whether or not any additional accusers come forward over the next few weeks.