The Evil Genius of Project Veritas

James O’Keefe has struck again, but the real damage is already done. 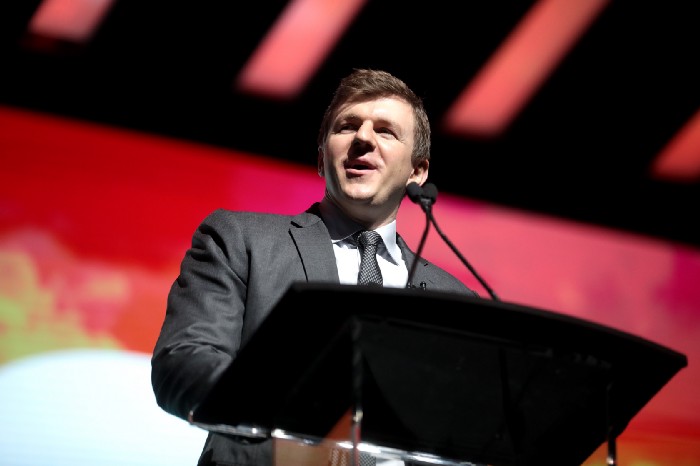 It’s easy to dismiss the antics of undercover “journalist” James O’Keefe. His flagship media company, Project Veritas, since launching with a hilariously bad undercover expose of Planned Parenthood over a decade ago, has been desperately attempting to stick a thumb in the eye of every liberal politician, progressive movement and left-leaning organization in the U.S. ever since, without much success.

O’Keefe has been arrested, mocked, sued, settled, and sued again.

That he persists is a mystery to some leftists, though it really shouldn’t be. He is right’s answer to Sacha Baron Cohen, a cross between Howard Stern and Stephen Colbert, minus the vulgar profanity of the former and the intentional comedy of the latter.

James O’Keefe exists for the same reason they do; someone is buying what he is selling. And boy are they ever buying it.

The intrepid Capitan Obvious James O’Keefe didn’t tell his steaming mass of conservative followers anything they don’t already know about CNN with his latest undercover video. Mainly, because the editors and producers at CNN, along with plenty of other reputable news organizations and their managers, told the public so in no uncertain terms and on many occasions.

In the video, CNN technical director Charlie Chester can be seen and heard admitting openly what countless other journalists and media managers have also admitted openly; CNN helped remove Donald Trump from office.

News network executives noticed quickly that journalistic standards were more of a hinderance than a help in the Trump years, when the most existential threat to Democracy in a generation was helming the White House. Trying to cover the Trump presidency from an objective standpoint would have been a waste of time, or so it seemed to the editors of the New York Times.

This latest Project Veritas exposé, while certainly embarrassing for the CNN director featured in it- and indeed it is difficult to understand why he would phrase a coordinated effort by major media outlets to subvert an elected President and would-be dictator in such a way as to make it sound so nefarious- means absolutely nothing to progressives.

That CNN helped get Joe Biden elected is no surprise to them either.

The more damning aspects of the video, including the words “propaganda” and “fear sells”, as well as the categorization of medical experts speculating on Trump’s health as “making things up,” won’t matter one whit to Democratic voters either.

“COVID? Gangbusters with ratings, right?” says Chester in one video. “Which is why we constantly have the death toll on the side…Why isn’t it higher today? It would make our point better if it was higher. Fear really drives numbers…Put the number back up because that’s the most enticing thing we have.”

“Any reporter at CNN, what they’re actually doing is they’re telling them what to say,” the CNN technical director continued in the undercover video. “It’s always like leading them in a direction before they even open their mouths. The only people we let on the air, for the most part, are people that have a proven track record of taking the bait.”

Sure, it doesn’t sound great. But chances are, unless it is for the purposes of creating a sick burn on Twitter, most progressives won’t even bother to watch.

James O’Keefe isn’t a legitimate journalist, he’s a social engineer with a desired outcome trying to move us from point A. to point B. whether we like it or not. He is a master manipulator, a huckster with an axe to grind and a video camera, preying on the unwary.

His version of reality is a slanted, jaundiced, sickle moon of rabid partisanship and deceptive editing. Project Veritas has been caught too many times cherry picking facts to fit a pre-existing narrative, editing and doctoring video for dramatic effect, wildly exaggerating, and reporting outright falsehoods to be taken seriously.

Which is exactly how conservatives, most if not all 65 million of them who voted for Donald Trump in 2016 and the 75 million who voted for him in 2020, feel now about CNN.

“Ah,” but incensed liberals might argue, “CNN is a world-respected news organization with a decades-old reputation for responsible journalism; Project Veritas is a fly-by-night, barely legal rip off of MTV’s Punk’d.”

But if a factual news report is published, and no uninformed person reads it, does it make an impact?

Project Veritas is easily dismissed by liberals because it is an obvious, admittedly partisan undertaking. Whatever their means, the desired end of Project Veritas is the destruction of the Democratic Party and the subversion of progressive policies.

Unless you are ok with that end, participating in the means, even with your precious attention, is pointless, even detrimental. The means may be well researched, well executed with slick marketing; it might have killer production and an Emmy-worthy script, go viral, make a mint. If you don’t agree with the ends, it doesn’t matter.

The recruitment methods and training materials of various militant groups may have valuable information, some parts may even be factual- if all the bloody context and implications can be ignored. They could hardly be so successful otherwise.

But we don’t watch extremist recruitment videos, or follow their social media accounts because we don’t approve of their stated goals, which are violence and death. Why peruse the pamphlet of a group with goals you abhor?

If you don’t agree with their goal, perusing their justifications are pointless.

Now that CNN, and many other corporate news outlets, have openly moved to fully embrace the Democratic Party, and Democratic Party politics, their stated goal has become not to report the news, not even to sell newspapers, but to subvert the Republican Party.

Conservative consumers of media understand about CNN, the same way liberals understand about Project Veritas, that attempts will be made to manipulate and spin everything to a desired outcome. Conservative viewers don’t agree with the reasoning of the Democratic Party and they don’t support the idea that progressive views should dominate the airwaves and the U.S. political field unopposed.

So why would they watch CNN?

Take the latest Rep. Matt Gaetz scandal. CNN can report all the anonymous sources they want. Progressives believe the accusations, but they believe the worst about Matt Gaetz already. In the minds of progressives, no amount of exculpatory evidence could exonerate him at this point.

Conservatives, however- people CNN might actually want to dissuade from voting again for Matt Gaetz, provided they get the chance and he doesn’t resign before the House Ethics Committee can complete its investigation, the way former-Rep. Katie Hill did in 2019- don’t believe a word of it.

Outlets like CNN have used up all their benefit of the doubt credit with conservative audiences, just as Project Veritas has with progressive audiences. No more people familiar with the matter, no more nameless officials with knowledge of the investigation, no unnamed sources close to Matt Gaetz who won’t identify themselves. When we later find out they weren’t telling the truth, nothing ever happens to them.

The true evil genius of outfits like Project Veritas, and indeed much of the conservative media, is that it has tricked mainstream media into abandoning journalistic standards and objectivity, and therefore credibility, in order to become the equal and opposite of conservative media.

The greatest trick James O’Keefe ever pulled wasn’t to bamboozle an overly chatty CNN director into admissions of an embarrassing nature.

The greatest trick he ever pulled, with help from the late great hate, Rush Limbaugh, was much bigger.

Project Veritas ultimately tricked CNN into becoming more like itself. And just as easily dismissed by half the population.