The Eternal Job of Peace and Understanding Must Go On

Remembering the lessons of the Holocaust, Jack Rosen and the American Jewish Congress are passing the mantle to the next generation in the fight for human rights. 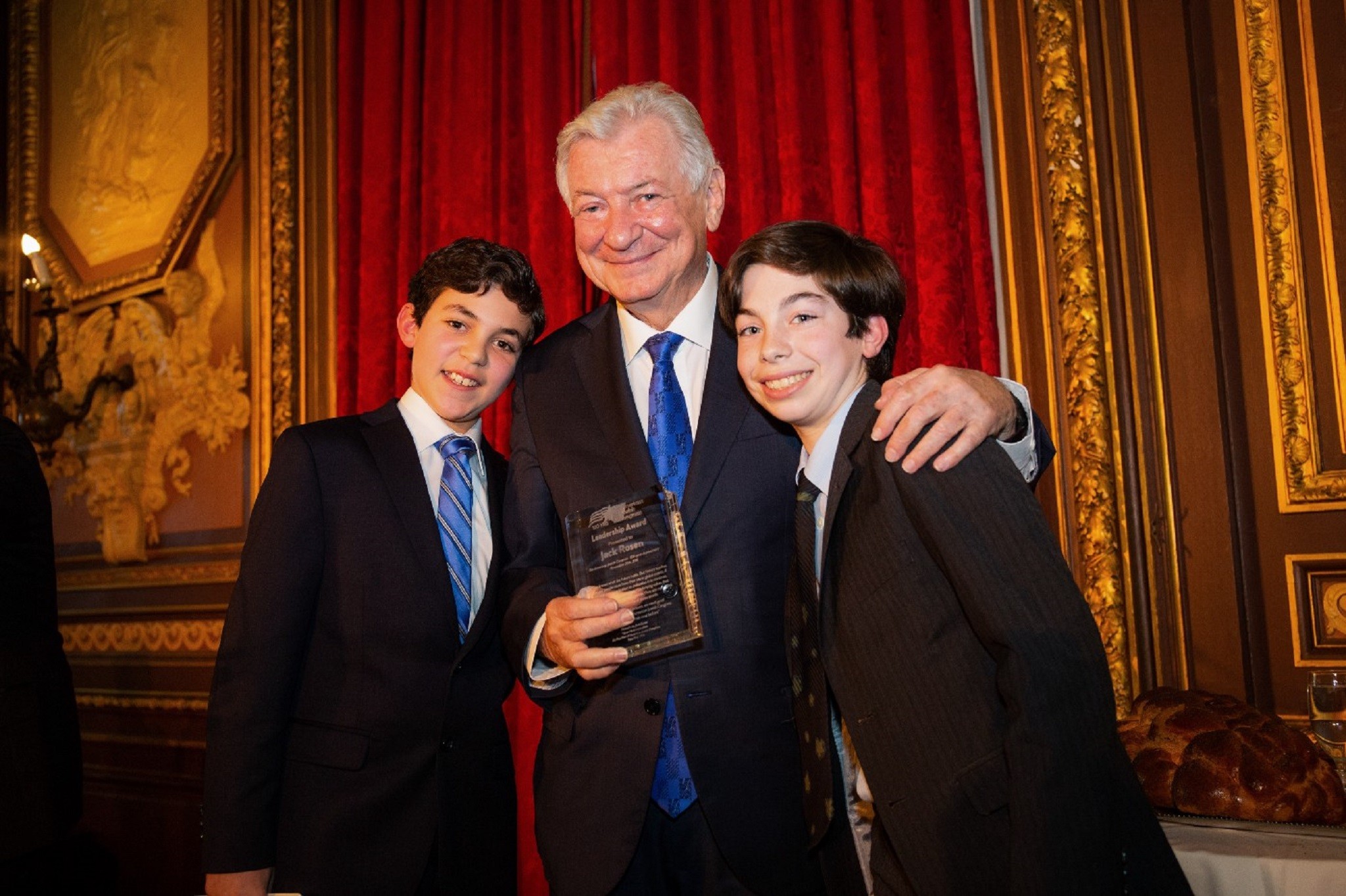 Activist, philanthropist and businessman Jack Rosen, with two of his five grandsons, Alex and Zach Rosen, accepting an award for his 20-year leadership of the American Jewish Congress. November 2018. (photo: Rosen Family)

What Humanity Learned in January 1945

Allied troops had been finding these camps too late; retreating German soldiers were ruthlessly and thoroughly murdering, burning, and burying any evidence of their crimes before abandoning camp. Some concentration camps were even long shuttered: The Polish Jews those camps were designed to exterminate had all been killed by 1943.

Soviet soldiers were the first to find a concentration camp, reaching the emptied Majdanek near Lublin, Poland, in July of 1944. They found Belzec, Sobibor, and Treblinka abandoned later that summer.

The Soviets were also the first to find anyone left alive in one of these camps, overrunning the now-infamous mass killing-center known as Auschwitz in January of 1945.

What they found there were over 6,000 emaciated and dying prisoners, along with hundreds of thousands of men’s suits, almost a million women’s outfits, and more than 14,000 pounds of human hair. They also found gas chambers and mass graves.

In the months that followed, in the final days of World War II, British and American troops made the same grisly discoveries over and over, at Buchenwald, at Bergen-Belsen, and many others: They found some survivors, along with evidence of mass murder on a scale that we can scarcely imagine even today.

But we must imagine it. Because we must never, ever forget.

That is why we talk about it, seven decades later: Because we must.

That is why President Trump built his State of the Union address around it this week, beginning with the American veterans who served so bravely during that dark chapter in human history, and ending with a man who was saved from the darkest hell of human imagination by those very veterans.

They were all only boys then, the soldiers and survivors who remain with us today; barely out of their teens. But they are all old men now, with the air of those who understand keenly that only the extremely lucky live to see very old age.

Researchers say Holocaust Survivors Live Longer, and that may be true. But no matter how long they live, no matter how many years have gone by, their eyes change if you mention 1945.

They have not forgotten. Neither can we.

Honoring Holocaust Survivors is Not Enough

“While the sacrifices of my great-grandparents and the dedication of my grandfather enabled Jews in America to live a much better life than anyone could have imagined, the job is not yet done.” — Alex Rosen, great-grandson of Holocaust survivors, including his great-grandfather David Rosen.

The greatest honor due those who survived the ravages of the Holocaust, and the brave allied soldiers who risked their lives to fight the scourge of Nazi evil, is to never allow the sins of the Holocaust to be perpetrated on humankind ever again.

The work is most urgent.

2019 is fraught: Anti-Semitism is on the rise, both in the U.S. and in Europe. One-third of Americans simply don’t believe that 6-million Jews were murdered during the Holocaust, or they think the number is substantially less. One in 20 British adults doesn’t believe Holocaust really happened.

Millennials, in particular, show “critical gaps both in awareness of basic facts as well as detailed knowledge of the Holocaust.”

With each passing year, there are fewer and fewer left to tell the true, first-hand story of what happened there. Fewer who lived through the Holocaust to preserve this terrible knowledge, this tool and great responsibility which must be used to prevent the sins of the past to poison the future.

Who will pick up the torch? Who will carry this burden?

For this, we must look to the next generation. 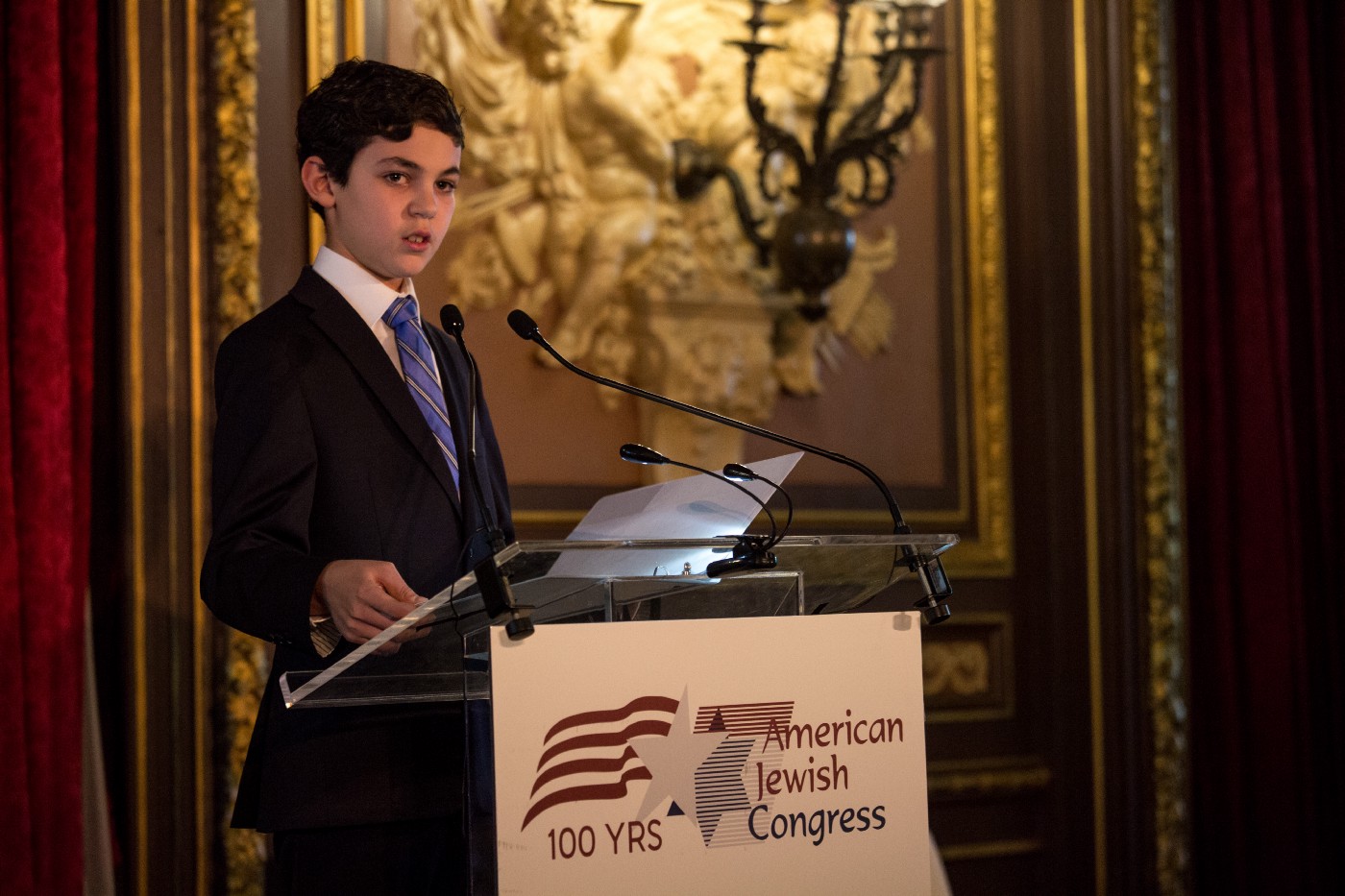 Passing the Torch of Freedom

“I thought of him 70-years ago, suffering, in the horrors of Auschwitz while he fought for his and his family’s survival. The most impossible thought to him must have been that 70-years later, his great-grandson would be addressing this distinguished audience and honoring his son for his dedication to the future of the Jewish people through his leadership of this historic organization.” — Alex Rosen

Recently, the American Jewish Congress celebrated 100-years of supporting the Jewish community, with Jack Rosen celebrating 20-years at the helm.

The American Jewish Congress honored Congressman Joe Kennedy at its centennial celebration, and the New York event was attended by a litany of distinguished guests. Among them was everyone from U.S. members of Congress to Permanent Representatives of the Missions of Mexico, Argentina, Slovakia, Mali, Kosovo, Italy, and other nations.

The gala was attended by Consuls General of China and Israel; and a who’s who of businesspeople and Jewish community leaders.

But it was a speech given by Jack and Phyllis Rosen’s 12-year old grandson, Alex Rosen, in honor of his grandfather’s 20-years of service to the American Jewish Congress, which provided the most hopeful glimpse into a future America, where the dream of a free and peaceful society free from oppression, hatred and bigotry, is alive and growing in the next generation of community leaders.

As young Alex Rosen made perfectly clear; this was not by accident. He credits the example of his family, and his grandfather’s encouragement to “work hard and be curious,” with his commitment to a peaceful future for everyone.

“I have had the honor of growing up and seeing first hand how important it is to give back and play an active role in my community and to have the strength to stand up for what is right.”

“While you have given me the amazing opportunity to meet Presidents and leaders from all over the world, it is seeing you spend countless hours behind the scenes, that taught me what it really takes to make a positive impact on our society.”

In school they teach us to be good citizens, but for my peers and I to pick up the mantle we need the generations to teach and learn from each other.” — Alex Rosen, in his speech to the American Jewish Congress 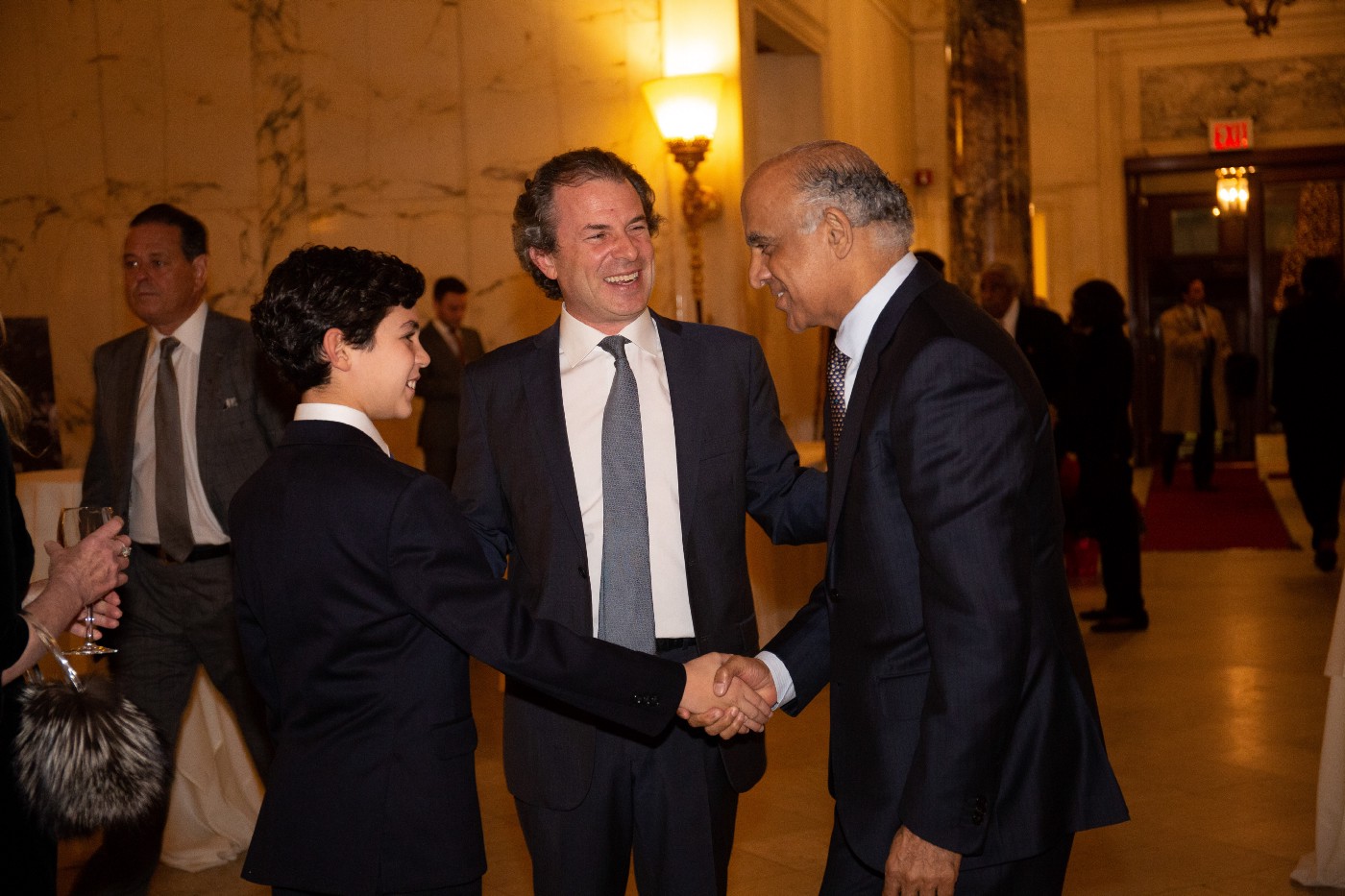 In his speech, Alex Rosen also promised to uphold the example of his role models, honor the sacrifices made by previous generations and continue the critical work of peace.

“It is through the work of my grandfather and organizations like this that young people like myself get to spread values of tolerance and to live free from fear.”

“ It will take me and my generation to make sure that their sacrifices and dedication continue to allow future generations to grow and thrive as I have.”

“I understand the responsibility that rests on the shoulders of me and my generation and we are up to the task — because of the path my grandfather has shown me and countless others.”

“I commit to you and everyone here this evening that I will do my part in making sure that the lessons you have taught me will continue for generations to come.” — Alex Rosen

In closing, Alex Rosen moved the entire room to their feet as he invited his brother and cousins to join him onstage, and together they presented their grandfather with a Leadership Award for life-long service.

“Grandpa, in recognition of you life-long work on behalf of The State of Israel, the Jewish people, and friends of peace everywhere…in light of your commitment to the intergenerational transfer of knowledge, activism, and hope…we are proud to give you the Leadership Award for your work, commitment and leadership in 20-years at the helm of the American Jewish Congress.” — Alex Rosen

Alex Rosen and his generation are preserving an eternal flame: The human hope for world peace. By nurturing such an unwavering commitment to equality and freedom in someone still so young, Jack Rosen and the American Jewish Congress have made sure that flame will never die.