The Democratic Party Must Do a Better Job Vetting Candidates

Democrats who might prove an embarrassment to the party in 2020 must go. And soon. 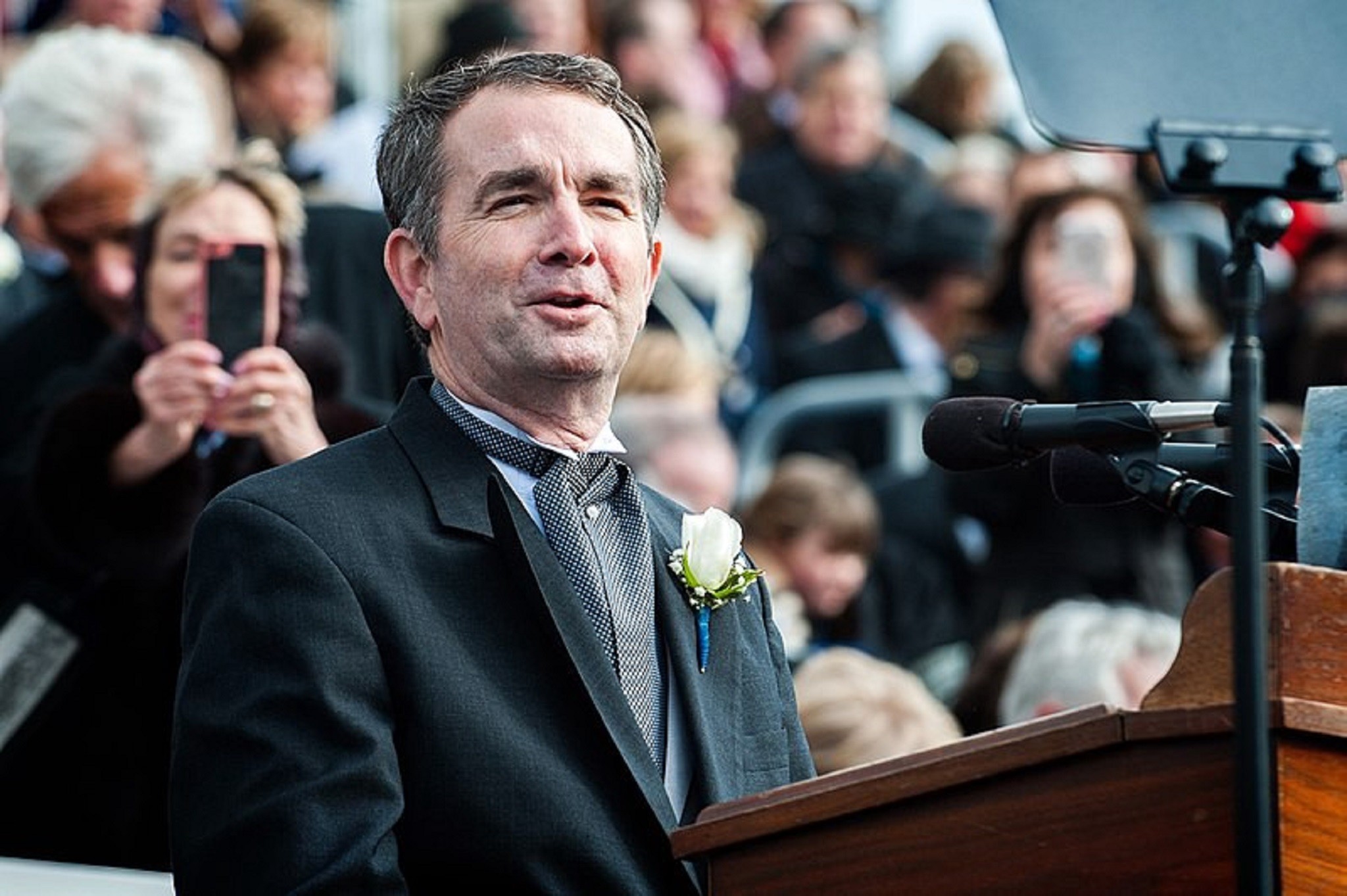 The Blue and the Red

Across the U.S., in red states and blue states, in small districts and large, the 2020 presidential race, and all its incumbent drama, is already underway.

The 2020 Democratic Party candidate field keeps broadening, in numbers if not in ideology, and troubling rumors and murmurs are already starting to surface.

Sen. Kamala Harris’s record as a prosecutor is already beginning to haunt her; the Sen. Bernie Sanders campaign is reeling under new allegations of workplace sexism and sexual harassment by campaign staff members, with old allegations simmering in the background; Sen. Elizabeth Warren’s decades-long and always-dubious claims to Native-American heritage were never going to just go away.

How long are the Democrats going to be blindsided by toxic candidates and disgraced elects before they decide to clean house? Is anyone at Democratic Party headquarters vetting these candidates for viability before they are catapulted under the public microscope? 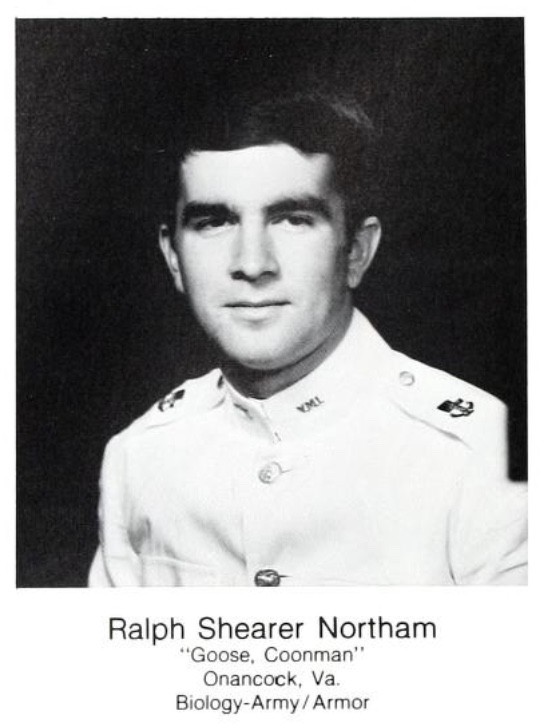 The Absolute Madness of Virginia

Failure to properly vet candidates is on full display in Virginia, where Governor Ralph Northam is under fire and enduring pressure to resign over allegations, true by Northam’s own admission, that he appeared in controversial “blackface” racist makeup.

Looking to Virginia’s lieutenant governor to naturally succeed him, prominent Democrats and Democratic voters alike were aghast when it became widely known that Lt. Gov. Justin Fairfax stands accused of sexually assaulting a female professor in 2004.

Now a second woman has come forward with accusations against the embattled Lieutenant Governor.

After initially condemning Governor Northam, Virginia’s next in line to succeed in the governorship, should both Northam and Fairfax be forced to resign, also admitted to appearing in blackface in 1980 when he impersonated a rapper at a party.

That blackface was once socially acceptable should come as no surprise to anyone with access to the U.S. historical record.

The real surprise is why Democrats didn’t appear to know about these glaring vulnerabilities in Virginia leadership before the scandals broke in the mainstream media.

Why weren’t the charges known against Fairfax?

His accuser, Dr. Vanessa Tyson, has been trying to make her accusations public since 2017. There is even the suggestion that media outlets were complicit in keeping the story quiet.

Does anyone think they are helping the Democratic party by covering up serious crimes and social misdemeanors?

The Anti-Semitic Woes of Minnesota

Rep. Ilhan Omar (D-MN) is another example of a potential albatross for Democrats in the 2020 election cycle.

Her semi-constant barrage of anti-Semitic comments, which she feels perfectly free to post on twitter, is proving a serious problem for Democratic House leadership, including Speaker of the House Pelosi.

That Pelosi had to explain to the sitting freshman congresswoman that publicly accusing her colleagues in the House of taking Jewish bribes isn’t allowable, is one problem. Rep. Omar’s subsequent apology was another: This isn’t her first apology and walk-back of her anti-Semitic sentiments.

Will it be her last? Omar seems unable to help herself: That is a bigger problem.

Though the mainstream media tried desperately to hide Omar’s clear prejudice against Jewish people and Israel during her campaign, all of their efforts will be for nothing if Omar can’t keep her low opinion of Jews to herself.

Pelosi has forced Omar into yet another non-apology apology and has solved the problem for now, at least in Pelosi’s mind. Can Omar control herself? Or will she be allowed to continue to alienate Jewish voters as we move closer to 2020?

Kansas is another example where this failure to properly vet candidates is about to cost Democrats in the looming election.

With the example of mid-term 2018 Texas so fresh in the mind of the Democratic party, in which the highly-likable upstart and complete political nobody Beto O’Rourke came this close to unseating seasoned incumbent and Republican top-dog Ted Cruz, Democrats should be turning serious attention to Kansas.

O’Rourke came this close. In TEXAS.(places hand over heart) The Red State of Texas.

Will Democrats pick up a Senate seat in Kansas in 2020?

In Kansas, longtime Senator and Republican stalwart Pat Roberts has announced his retirement. He will not be running for reelection in 2020, leaving the field wide open for potentially flipping a deep red Senate seat blue in a deep red state like Kansas.

Kansas is ripe for the picking:

In addition to these ideal conditions, the Republican contender for the Senate seat is likely to be a white male, with former Kansas Congressman and current Secretary of State Mike Pompeo being one potential candidate name being bandied about and Brownback’s former Lt. Gov. Jeff Colyer being another.

What Kansas makes up for in overall clout and electoral seats, it would make up for in sheer sticking it to Trump in 2020. Senator Pat Roberts has held that seat Republican since 1996.

To meet this challenge, and continue the blue wave Democratic candidates began in 2018, to make the most of this tremendous opportunity, the Democrats are considering…Wichita attorney James Thompson.

Thompson, who was tapped in 2018 to run for a Congressional seat against an incumbent Republican and lost, was endorsed by both Alexandria Ocasio-Cortez and Bernie Sanders during his campaign.

“You all are very, very luck and very blessed to have James Thompson as a candidate here in the state of Kansas,” Ocasio-Cortez said at Thompson’s July 2018 rally.

Despite the ringing endorsement of sharing a stage with such big-name Democrats, Thompson lost his bid due in part to revelations that he had been arrested and charged twice before with serious crimes related to his past work as a bar bouncer. In one 2001 case, his conviction for battery was overturned on appeal.

When questioned during the campaign, Thompson responded to the allegations with “wasn’t me” and “she’s lying.” (One of Thompson’s accusers was female.)

Since time will tell, time has told: Thompson was arrested again in January 27th, this time for the far less grevious charge of driving on a suspended license. 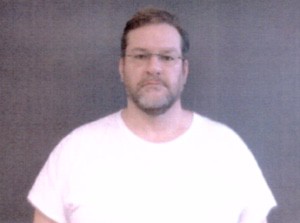 Thompson, in a rambling Facebook post, recounted his night returning from a “hunting party” with friends and cautions supporters to pay their speeding tickets.

“It is what it is,” Thompson said in a somewhat bizarre statement to reporters:

“My friends had gone to the Dollar General store and got Wyatt Earp mustaches and took a picture of me like I was in a wanted poster.”

If James Thompson is the left’s idea of a viable Senate candidate in 2020, no one need be surprised when Kansas sends a Republican to sit in Sen. Pat Robert’s vacated seat.

If major news outlets think that if they play protection, Democratic candidates in 2020 will survive the public gauntlet of a bitter, one-last-chance-to-beat-Trump-level campaign with their closeted skeletons still intact, they should seriously reconsider.

In the run up to the most hotly contested Presidential race in history, which is also going to be the most public, the truth is bound to come to light.

When it inevitably does, public confidence in everyone from the media to the candidates themselves will plummet- even further.

Confidence in every other Democratic nominee, candidate and party leader who stumped, spoke, glad-handed, endorsed and otherwise raised money for the offending also-ran, will take a sound beating as well.

Even then, Donald Trump won’t beat the Democrats in 2020: The Democrats will have beaten themselves.