Red lights are flashing for the Democratic Party. Will the progressive left respond before the unthinkable happens? 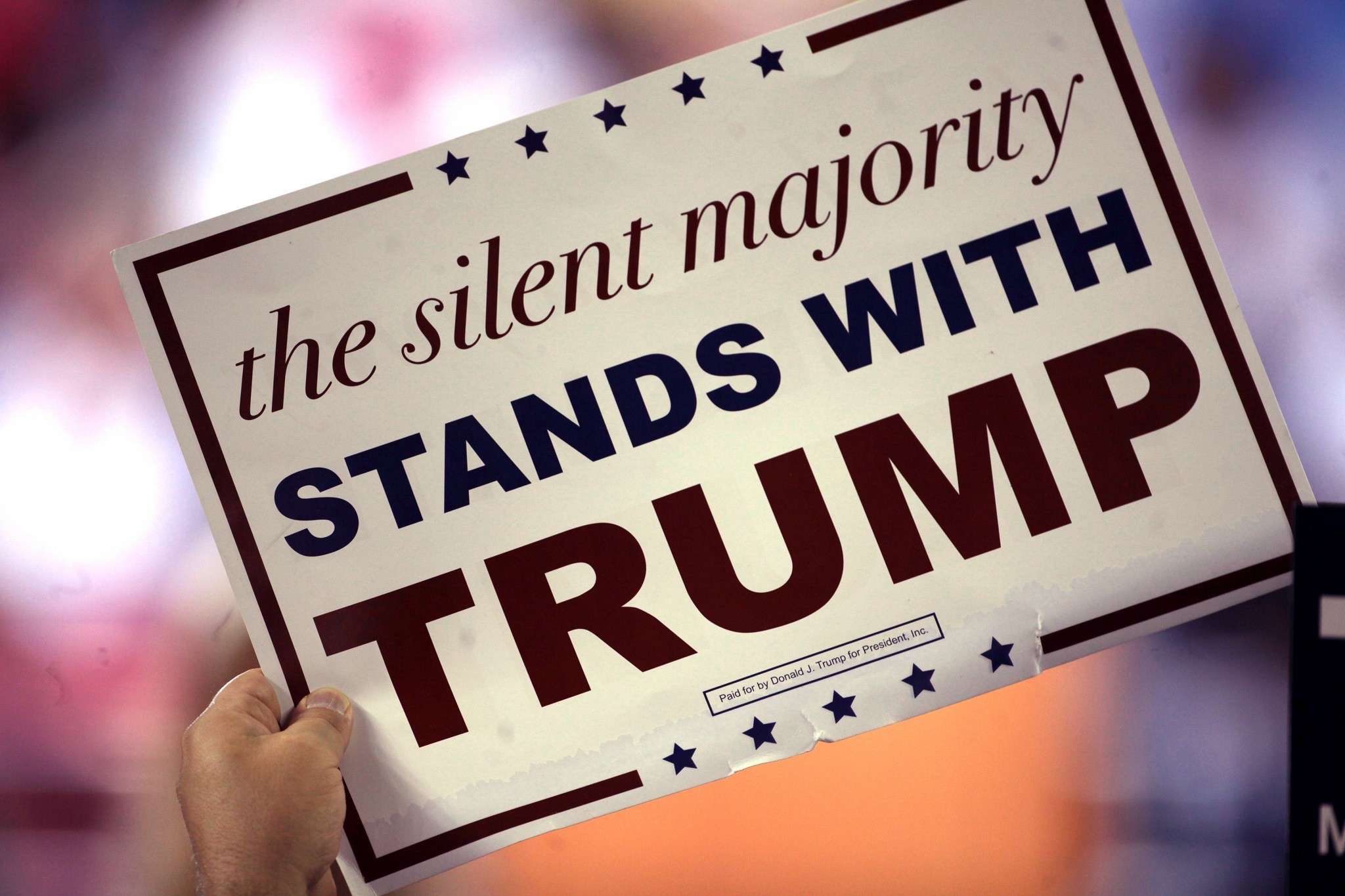 Sign for Donald Trump at a rally at Veterans Memorial Coliseum at the Arizona State Fairgrounds in Phoenix, Arizona. June 18, 2016. (photo: Gage Skidmore)

The Election Season of Discontent

The 2016 election cycle: It was the best of times, it was the worst of times.

It was a time when most of America, according to the polls anyway, was planning on supporting Democratic nominee Hilary Clinton for president.

Flush from the Obama years, long before the shine of the President Barack Obama administration was tarnished by 2019 Democrats looking to unseat Joe Biden as front-runner, America was caught off-guard by the likes of one Donald J. Trump.

What could a television game-show host and real estate mogul born with a silver spoon in his mouth possibly have that could hurt or humiliate the Democratic Party, of which Trump was a former member?

Everyone from Anderson Cooper to Rachel Maddow assured Democrats of imminent victory. The U.S., left-leaning pundits chorused happily, would soon have its first female U.S. president.

It was an idea whose time had come. Or so it was thought by the Democratic powers that be. Bernie Sanders, arguably more popular in 2016, with less baggage than Hillary Clinton, and more grassroots support, was bumped and the former Secretary of State and also-ran got the Democratic nod.

The Republicans, after much weeping and gnashing of teeth, had put up- instead of GOP heir apparent and political legacy Jeb Bush- Donald Trump. Most Republicans, especially the establishment set, weren’t thrilled with the prospect of Donald Trump as the nominee. To say the least.

Democrats, however, were thrilled to run against someone with no political experience, an obnoxious past, and all the oratory refinement of a drunken carnival barker.

In spite of all the predictions, assurances, polls and platitudes, Donald Trump was elected President of the United States of America. It is a perch from which Democrats have been trying everything under the sun to topple him since day one of his administration.

As of this writing, nothing has worked.

Democrats are the ones weeping and gnashing teeth these days. Republicans are either pleasantly surprised at some of the employment gains Trump has managed to make, even in their rural and manufacturing districts, or resolved to take the good with the bad and make the best of life under Donald Trump.

For Republicans, Trump is long-shot bet that shouldn’t have paid off and has.

For Democrats, Trump is a long-shot bet that should never have been, and is.

Early Democratic prognosticators and strategists identified a winning Democrat message against Trump: Paint him as a wealthy, entitled, elitist, playboy who will max out the U.S. credit card on designer clothes, enrich himself and his cronies, and leave America more bankrupt than it already is.

Trump supporters see him as a sort of Hulk Hogan-esque, larger-than-life folk hero type like Davy Crockett or Paul Bunyan. The harder the left-leaning press hits him, the more Trump supporters are won’t to dig in.

Would they be so supportive of someone who, let’s say, owns a solid gold toilet, like Winston Churchill?

Perhaps it has proven impossible to paint Trump as an out-of-touch elitist because he is so free and easy with his personal opinions, as off-color as some of them are. Surely no one who talks like that could possibly be one of the coastal elite.

It is possibly the coastal elites unwillingness to claim Donald Trump as one of their own that has cost Democrats so dearly. “Donald Trump doesn’t care about poor people; he said so on my month-long, yearly private yacht-fleet cruise to the Canary Islands last year.”

It isn’t as if there weren’t any signs in the lead-up to the 2016 election that should have troubled Democrats and didn’t. There were.

The Brexit vote, in which Britons voted- shockingly- to leave the European Union was certainly one such sign.

To say that pollsters and prognosticators were flummoxed would be a massive understatement. The vote was predicted, loudly and for months, to go quite the other way. No one expected the leave vote.

If you doubt that, witness the messy aftermath, whereupon it is 2019 and Brexit remains a Brexit in name only.

Speaking of 2019, this election cycle is already seeing some of the same warning signs flashing again that were flashing in 2016.

North Carolina’s recent mid-term election was very much touted by the left as a sure moratorium on the Trump presidency.

Thinking the whole of America is as triggered by and sick of Trump’s tweets as journalists, Democrats, and other people paid to follow politics for a living is simply illogical. And it was revealed as such during the recent North Carolina election of…a Republican.

Democratic candidates running on the message that they should be elected because Trump is a terrible person need to go back to drawing board immediately.

Or at least, he plays to them by pretending to.

Plus, he’s getting results. Rural voters like that. People are willing to tolerate a great deal more smack talk from a winning team than from a losing one.

The Democratic candidates who think they can downplay Trump’s economic successes by simply not referring to the economy once during the last round of debates are yet again demonstrating that they are the elitists who are out of touch with the American people.

We notice the economy.

The second bellwether Democrats are willfully ignoring in order to continue to tell themselves and voters comforting lies about the relative strength of the Democratic arguments against Donald Trump is demographic data from Trump’s latest campaign rally in New Mexico.

Wouldn’t it be great to just ignore the implications of those statistics? We could all pretend that Trump’s campaign manager is a liar, like Trump himself.

But the cost of such delusions will be a Trump victory in 2020.

There is no question that bashing Donald Trump can get liberals to vote for you. That simply isn’t enough. The Democratic party needs record turnout and it needs to reclaim voters that went for Obama in 2012 but switched to Trump in 2016.

Democrats in leadership today need to be asking the hard questions: Like “What if we’ve been on the wrong track for three years.”

The Democratic Party must start running on its own merits; not on the many demerits of Donald Trump.