Mired in a scandal involving inappropriate romantic relationships with her staff, a rising Democratic star seems to be crashing and burning. 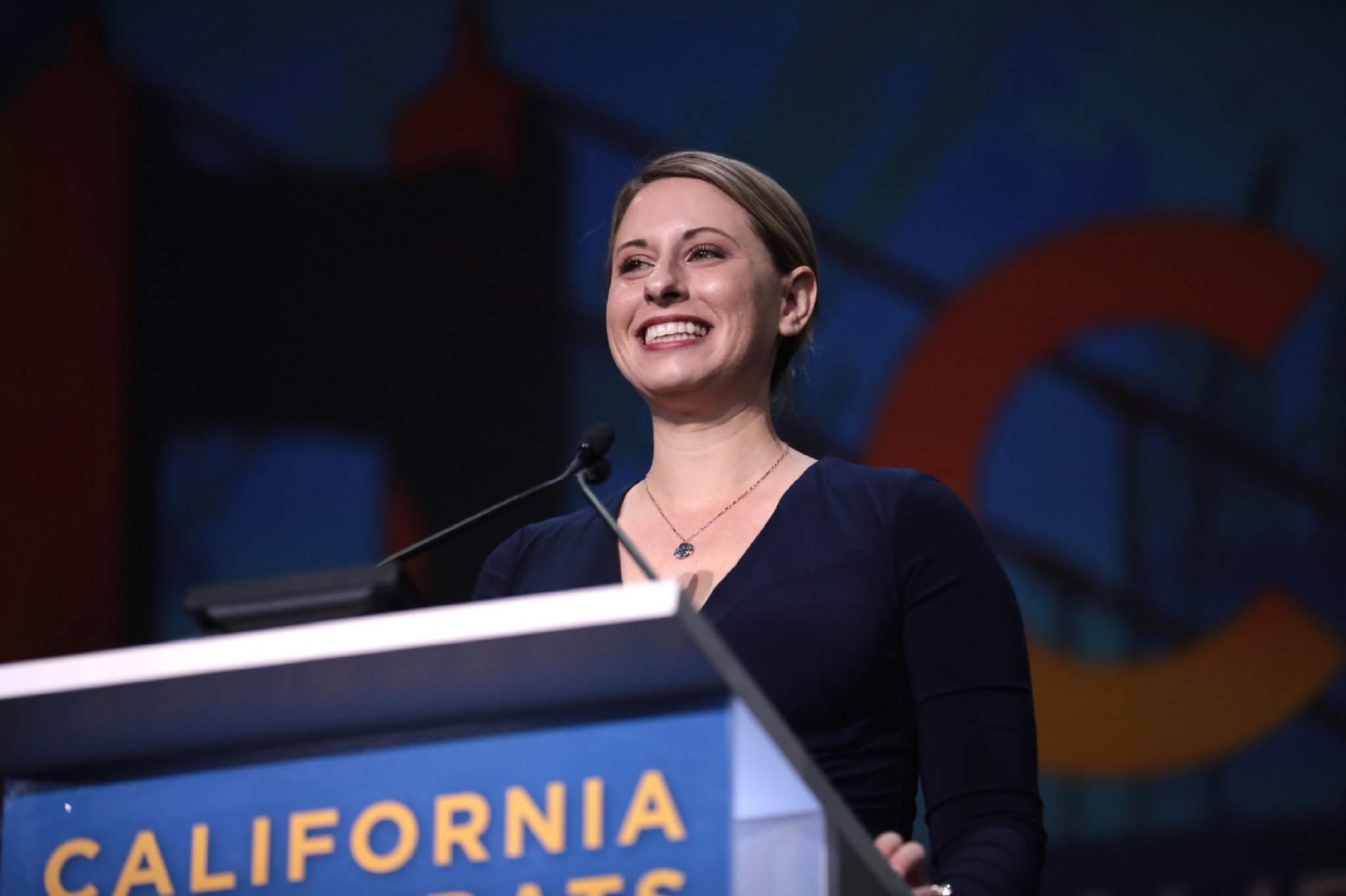 The announcement fell yesterday that the House Ethics Committee would begin investigations into California Rep. Katie Hill’s (D-CA) alleged sexual relationships with a campaign staffer and one of the members of her congressional staff.

“The Committee is aware of public allegations that Representative Katie Hill may have engaged in a sexual relationship with an individual on her congressional staff, in violation of House Rule XXIII, clause 18 (a).”

“The Committee notes that the mere fact that it is investigating these allegations, and publicly disclosing its review, does not itself indicate that any violation has occurred, or reflect any judgement on behalf of the Committee.” — House Ethics Committee Chairman Ted Deutch (D-Fl.) and Rep. Kenny Marchant (R-TX), ranking committee Republican, in a statement. October 23, 2019

With the announcement came the news that this scandal, simmering on conservative media sites for the past two weeks, has officially moved into the mainstream.

Fleeing reporters and calling the police on journalists isn’t likely to make the story go away, though most of Rep. Hill’s focus has as yet been on how and why the damaging photos and text messages were leaked to the press.

Unfortunately for Rep. Hill, the House adopted new ethics rules this year specifically prohibiting members of Congress from engaging in romantic relationships with their staffers. These new rules were officially adopted to help Congress better navigate the post-#MeToo era.

“Allegations that I have been involved in a relationship with Mr. Kelly are absolutely false. I am saddened that the deeply personal matter of my divorce has been brought into public view and the vindictive claims of my ex have now involved the lives and reputations of unrelated parties.” — Rep. Katie Hill, Fox News. October 23, 2019

These allegations are particularly damaging as Hill herself was outspoken during the height of #MeToo, and especially in her opposition to the confirmation of Supreme Court Justice Brett Kavanaugh, calling Kavanaugh a “serial predator”.

In light of Hill’s decision to engage in an inappropriate and predatory relationship with a young campaign staff member, her earlier calls to reform the system by voting in more women seem especially ironic.

“Standing up against a culture of sexual harassment is our opportunity & obligation. We need to make stronger policies, elect more women leaders & address the power imbalances which created this problem. Failure to do so will be our great moral shame.” — Rep. Katie Hill, Twitter. November 30, 2017

Rep. Katie Hill is absolutely right; it would be a great moral shame to allow this type of behavior to go unchallenged by her fellow Democratic Party members.

Democrats have an opportunity and an obligation to throw Hill from their ranks. A stronger policy has been adopted by Congress, prohibiting these types of relationships in order to address the power imbalances members of Congress enjoy over their staff.

Female leaders must be held to the same standards for which they advocate.

Hill’s behavior is more than simply problematic. It isn’t just about the subordinate who was potentially victimized, but the toxic work environments these relationships create for everyone else, including the “favorite”.

A consensual relationship between Hill, her husband, and another woman wouldn’t even have been newsworthy; Hill openly campaigned as a bi-sexual woman, and won.

The fact that Hill chose to pursue such a relationship with a campaign staffer, and possibly a congressional staffer as well, is what makes Hill’s actions so deeply unacceptable. Her predatory behavior illustrates a complete lack of respect for the concept of consent.

“I know that even a consensual relationship with a subordinate is inappropriate, but I still allowed it to happen despite my better judgement. For that I apologize.” — Rep. Katie Hill, Twitter. October 24, 2019

There is no defense of Katie Hill that isn’t an illogical “whataboutism” thrown back into the face of Republicans calling for Hill’s resignation; “What about Donald Trump?” being the favorite by a mile.

Still, “But Donald Trump does it” is not a very good defense for a Democrat.

Constituents of Hill must be deeply disappointed by her poor judgement. They may wonder, rightly, just how much time Hill has actually spent working on “this important work” with her personal life so obviously a distraction.

Rep. Katie Hill has done a disservice to all the California Democrats who voted her into office, she has squandered the campaign contributions that helped put her in office and she has betrayed her donors and supporters by gambling their sacrifice on her selfishness and self-serving actions.