The Cold Revenge of John McCain 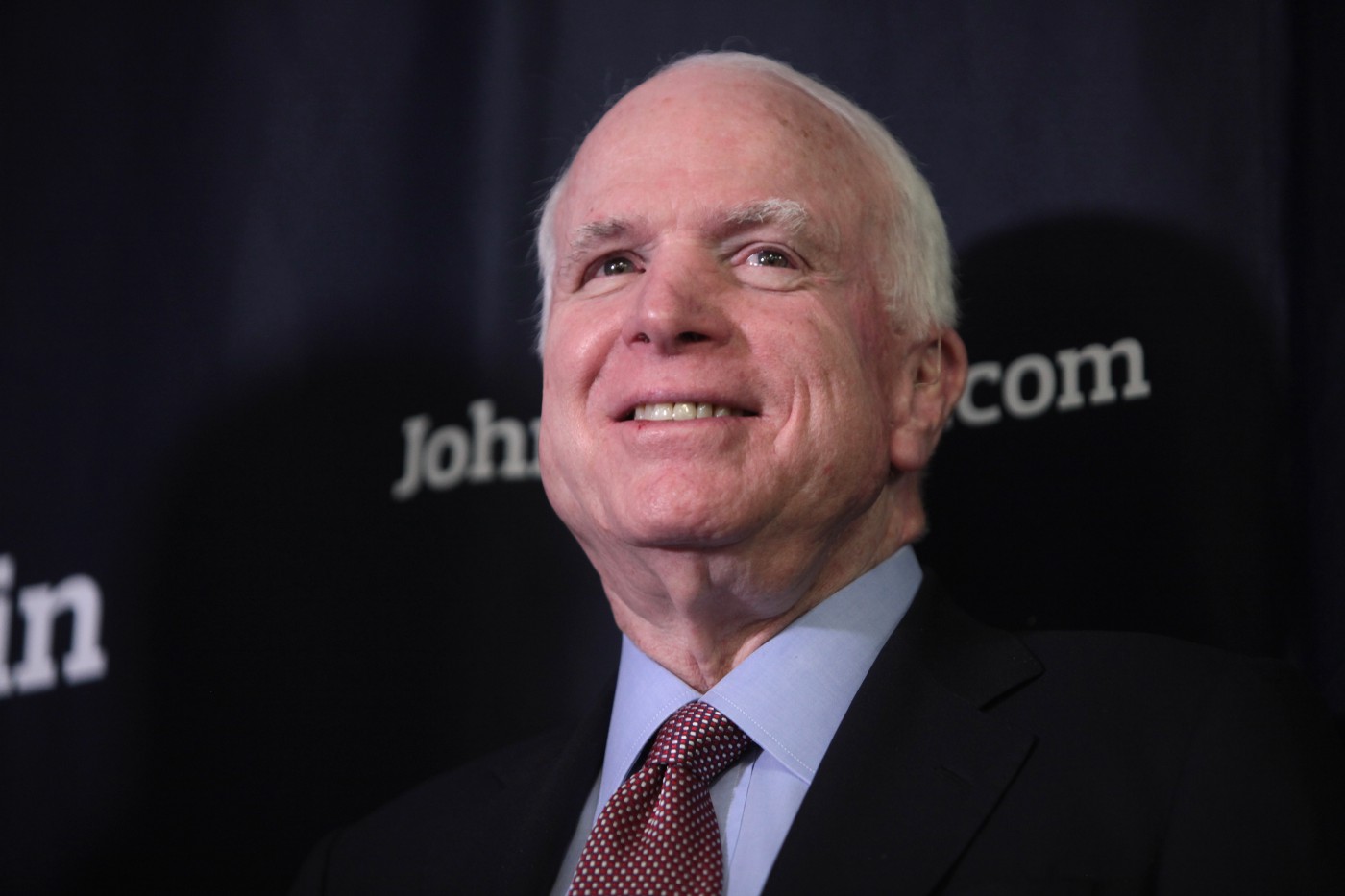 In the aftermath of 2020- especially in the aftermath of Election Day 2020, which morphed into Election Week 2020, and has now become Election Month 2020 in a world where Election Quarter 2020 doesn’t seem impossible-where would the late Senator John McCain have fallen on the Trump scale, had he lived to see it all?

Would McCain have stayed a staunch Never Trumper?

Would the Kavanaugh hearings, that ill-advised effort by Democrats to smear a sitting federal judge as a teenage serial gang rapist, have bonded John McCain together with his fellow Republicans, including, however reluctantly, Donald Trump?

Many high-profile, Trump-shy Republicans united behind Trump in the aftermath of that shameful episode in American history. Some did not.

The other thing that endeared Trump to his fellow Republicans, some former Never Trumpers, was the Mueller investigation, and report, together with the unceasing press coverage of the former and almost total abdication to report on the latter.

Would that have softened John McCain towards Trump?

Republicans like Sen. Mitt Romney and former House Speaker Paul Ryan haven’t, but unlikely others have softened toward Trump. Sen. Ted Cruz and Sen. Marco Rubio, both of whom Trump insulted badly during the Republican primary he ran against them, are now his firm allies.

They buried the hatchet; would Sen. John McCain (R-AZ) have followed?

Arizona is a funny place, electorally speaking. Like Colorado, Arizona is an odd mixture of conservative and progressive. Elected officials representing Arizona have usually reflected the eclectic political leanings of its constituents. 2020 is no exception.

A good, working relationship with John McCain might have helped Trump win definitively in Arizona; such a champion would certainly help him now. As Trump launches a legal effort even his allies admit is a long-shot, he has few friends in Arizona politics.

Arizona Secretary of State Katie Hobbs (D) rejected a request for an “independent analysis” of voting data in the state, concluding it would amplify the voices of people who seek to “undermine our democratic process for political gain.”

“It is patently unreasonable to suggest that, despite there being zero credible evidence of any impropriety or widespread irregularities, election officials nonetheless have a responsibility to prove a negative,” Hobbs wrotein response to Arizona Senate President Karen Fann (R), who requested an “independent analysis” of voting data to restore confidence and credibility among residents.

The Republican state senate leader made a request Monday to conduct an independent analysis, writing that it would “help to restore credibility and hopefully end the current controversy over fairness in the election process in Arizona” given the mounting concerns and suspicions from Republicans of election fraud.

“I am not claiming fraud was involved in Arizona’s election, but we must do everything we can to satisfy Arizonans that the count was lawfully done,” Fann added. She maintained that if the allegations are in fact baseless, the request is reasonable.

“If there’s no factual basis on any of these things, then absolutely, let’s put that to rest and show them that’s not true,” Fann said on Wednesday. “If there’s something there that needs to be fixed, let’s fix it.”

If the votes were conducted fairly, an audit would provide transparency to all Americans, especially the 73 million who currently lack faith in the entire election system. Lest we forget, when Trump voters went to bed on election night, Trump was winning.

In 2017, Arizona Secretary of State Katie Hobbs wrote on Twitter“.@realdonaldTrump has made is abundantly clear he’s more interested in pandering to his neo-nazi base than being @POTUS for all Americans.”

Republican Robby Starbuck wrote in response, “Katie Hobbs must recuse herself from the recount and allow @dougducey to choose an independent body do an audit of the vote in Arizona. The public must trust the outcome of the election and they won’t if they know someone who thinks Trump’s base = Nazis is in charge.”

Regardless of your support or lack thereof for the president, it is easy to see why Republicans have doubts in her ability to fairly count the votes, especially after she tweets that his base is comprised of “neo-nazi[s].”

According to an internet archive of Hobbs’ tweets, this is not her first time tweeting negative things about President Trump. In 2017, she retweeted a tweet from Andy Barr that read, “The “Give Trump a chance” narrative overshadowing appointment of white supremacist is incredibly dangerous. DC’s “rules” easily manipulated.”

After Hillary Clinton’s loss in 2016, Hobbs advocated for abolishing the electoral college. She retweeted a statement on Twitter and wrote “Doubt you would be saying that if McCain or Romney had won PV. EC is ridiculous and needs to go!”

She also retweeted another tweet that displayed disdain for the electoral college, which read “This is fantasy land. No mandate for candidates who lose the popular vote by million+. 100k votes in MI, WI, PA and Hillary is president.”

She retweeted a tweet from Jacki Schechner that read “Want to insist #Trump’s win was abt change, not racism? Then we should see outrage when his whole admin is Wall St and politicos, right?”

She once retweeted a comment about Maricopa county being the only large urban county to go for Donald Trump and wrote, “And yet, we ousted one of his biggest AZ supporters. Makes no sense.” Hobbs was suspicious about the results in only one county when President Trump won; she should be more sympathetic to the widespread concerns of Republicans now.

Katie Hobbs called Trump supporters neo-nazis, retweeted an allegation that his election was the result of racism, advocated for abolishing the electoral college after Hillary Clinton lost and then said the results of votes for Donald Trump in one county made “no sense.”

Her personal feelings against Trump aren’t a good enough reason to deny Trump voters the right to a fair and transparent process- a process which Americans are accustomed to taking one day, not weeks.

As in 2016, faith in the election process is- again- at stake. Democrats got their Mueller investigation, for all the good it did them. Republicans deserve the same consideration.

His personal acrimony for Donald Trump aside- for the sake of Republican voters- John McCain would likely agree.