Right-leaning and left-leaning news organizations agree on something, and it’s bad news for all of us. 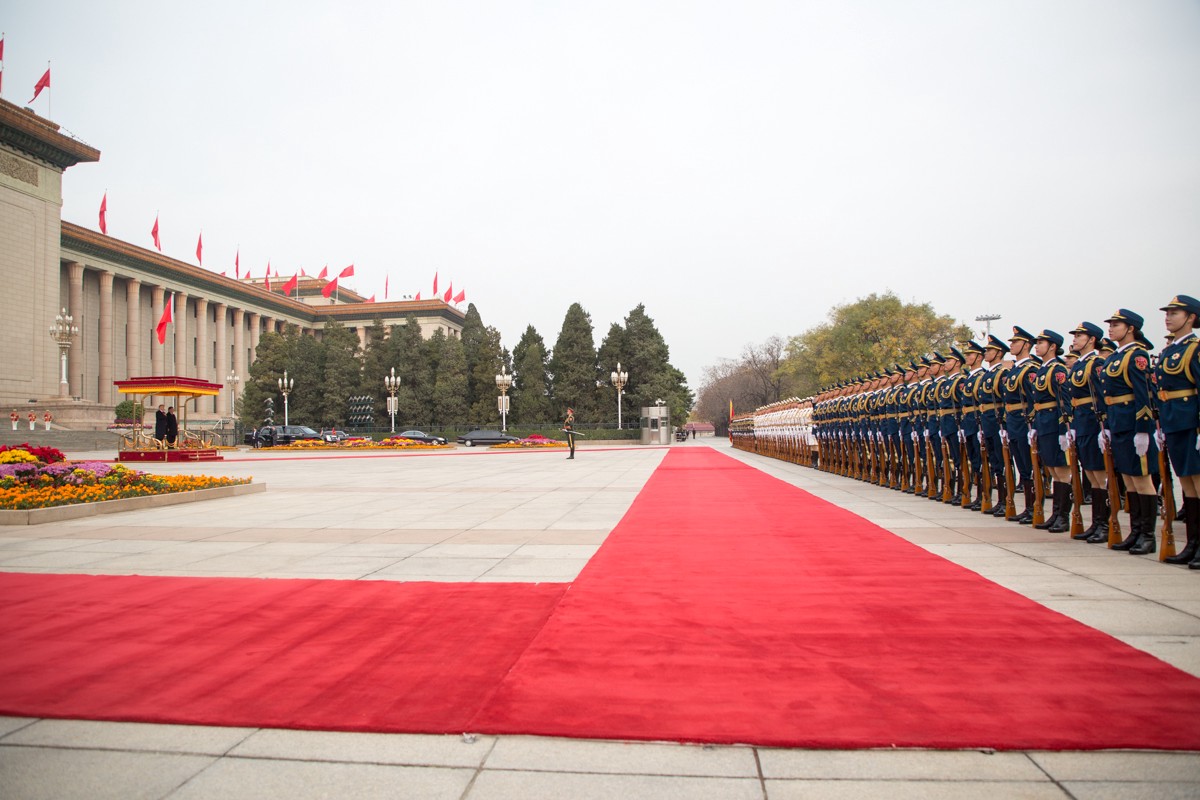 In the long history of the 24-hour news cycle, there have probably only been a handful of times right-leaning and left-leaning news outlets have ever agreed on anything. They certainly haven’t agreed on much during the Trump years.

Any news media consumer who still dares look into both abysses on a daily basis knows they look like news commentary from two different planets.

Nearly all of the Trump administration has been marked by news coverage from right and left that converges into a single deafening and directly-conflicting news report with nothing salient to speak of.

On Monday evening, popular right-wing media figure Tucker Carlson performed a segment on Fox News in which he shared a video from Chinese social media. The video shows Di Dongsheng, a professor and associate dean of the School of International Studies at Renmin University in Beijing. In the video, Professor Di claimed China “has people at the top of America’s core inner circle of power and influence.”

Di went on to suggest that China has an undercover network of “old friends” at the highest levels of the U.S. government and financial institutions, and has managed to influence American policies towards Beijing through this network.

Di said he was unable to provide certain details, but said Beijing’s influence changed when the Trump administration came to power, and Trump’s trade war with China upset deep, decades-old ties between Washington and Beijing.

“Trump waged a trade war with us. Why couldn’t we handle him? Why is it that between 1992 and 2016 did China and the U.S. use to be able to settle all kinds of issues?… What is the reason?” Di asked the audience in his presentation.

“I’m going to throw out something maybe a little bit explosive here. It’s just because we have people at the top. At the top of America’s core inner circle of power and influence, we have our old friends,” Di continued.

Di claimed Beijing’s normal way to maintain power was through Wall Street, but this changed after President Trump was elected in 2016.

“As I said before, since the 1970s Wall Street had a very strong influence on the domestic and foreign affairs of the United States. So we had a channel to rely on.”

“Wall street can’t fix Trump,” Di added. “Why? It’s very awkward. Trump had a previous soft default issue with Wall Street, so there was a conflict between them.”

Investigative journalists researching the question of Chinese Communist Party influence in the U.S. uncovered information about a Chinese intelligence operative who developed relationships with local and national politicians, including a U.S. Congressman.

U.S. officials believe this operative was part of a political intelligence operation run by China’s main civilian spy agency between 2011 and 2015.

The suspected operative, a Chinese national named Fang Fang, also known as Christine Fang, bundled campaign contributions for California Rep. Eric Swalwell and placed an intern in the Democrat’s congressional office, the report found. Rep. Swalwell was appointed to the House Intelligence Committee in January of 2015.

Likely as cover for her operation, Fang enrolled as a student at Cal State East Bay in 2011. Her friends and acquaintances said Fang was in her late 20s or early 30s. Her young appearance likely helped her blend-in with the undergraduate population.

U.S. Intelligence officials said Fang used political gatherings, civic society conferences, campaign rallies, and campus events to connect with elected officials and other prominent figures. Fang got close to multiple politicians in the California Bay Area between 2011 and 2015, and had intimate relationships with two mayors from cities in the Midwest, Axios reported.

Swalwell’s office told Axios he cut ties with Fang after the FBI provided him with a defensive briefing in 2015.

“Rep. Swalwell, long ago, provided information about this person — whom he met more than eight years ago, and whom he hasn’t seen in nearly six years — to the FBI. To protect information that might be classified, he will not participate in your story,” the statement read.

According to a U.S. intelligence official, Swalwell immediately cut all ties with Fang after his security briefing and has not been accused of any wrongdoing. Under a cloud of suspicion and the pressure of an investigation, Fang fled the U.S. in 2015 and her whereabouts are unknown. A current senior U.S. intelligence official said Fang “was just one of lots of agents.”

Christine Fang also raised funds for Rep. Tulsi Gabbard in 2013. A spokesperson for Congresswoman Gabbard wrote in an email to Axios that Gabbard, “has no recollection of ever meeting or talking with her [Fang], nor any recollection of her [Fang] playing a major role at the fundraiser.”

In addition to her other alleged targets, Fang volunteered for Democrat Ro Khanna as well. Khanna was elected to the House in 2016. Khanna’s office said he was not briefed by the FBI about Fang’s activities and said the Congressman remembers seeing Fang at several Indian-American political gatherings but did not have further contact with her.”

The degree to which the CCP has infiltrated American politics is a matter that should concern everyone, regardless of political party. The concerns of the Chinese Communist Party aren’t the concerns of the average American. When the right-leaning and left-leaning media outlets report the same thing, we should all pay attention.