The Bill Barr Hearing That Wasn’t

If nobody in a Congressional hearing is listening, does it make a sound? 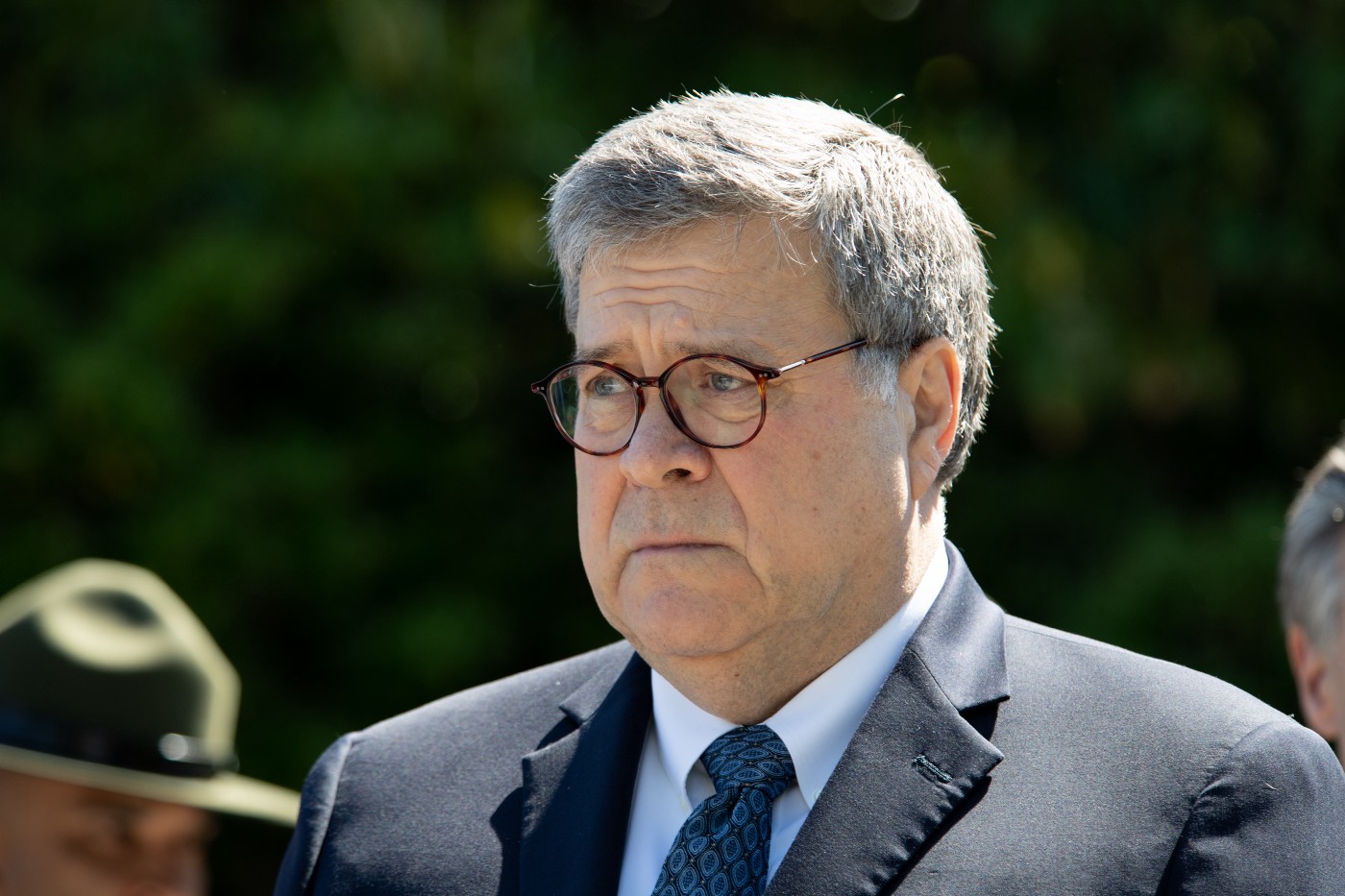 U.S. Attorney William Barr’s much-anticipated hearing on Capitol Hill devolved into farcical political theatre this week as Democrats “reclaiming time” prevented him from answering many of the questions lawmakers fired at him.

Lately, Attorney General Barr has been under aggressive fire from Democrats concerning a series of recent decisions- which prompted the Judiciary Committee hearing on Tuesday.

During the Judiciary Committee’s hearing, the committee questioned Attorney General Barr on the use of federal police in U.S. cities and the alleged politicization of the Justice Department under President Trump.

Democratic lawmakers in Congress have been clamoring for a chance to get Barr on the record for weeks. The results were beyond disappointing.

A video collage tweeted by MCR TV shows various Democrats relentlessly demanding answers from Barr, only to interrupt his answers immediately by what lawmakers repeatedly termed, “reclaiming my time.”

At one point during the hearing, Barr himself retorted: “Well, this is a hearing. I thought I was the one who was supposed to be heard.”

In spite of Barr’s remonstrances, or perhaps because of them, Democrats’ hostility towards the Attorney General did not abate. Even CNN was forced to admit that, “Democrats were out for blood.”

“Democrats repeatedly cut off Barr’s responses, accused him of being wrong or lying and made clear they weren’t interested in the explanations he was offering. Barr wasn’t allowed extra time at the end of each lawmaker’s five minutes to respond to questions that witnesses typically receive — forcing Republicans to use their time to let Barr push back on the Democratic accusations,” CNN reported.

Congresswoman Pramila Jayapal (D-WA) was particularly heated in her questioning of Barr, criticizing his alleged instruction of law enforcement to tear gas protesters at Lafayette Square on June 1, 2020.

Rep. Jayapal: “Mr. Barr that is a semantic distinction that has been proven false by many fact-checkers.”

Attorney General Barr: “How is it semantic? Tear gas is a particular compound.”

Rep. Jayapal: “You talked about chemical irritants and it has been proven false by reports, so just answer the question. Do you think it’s appropriate- at Lafayette Park- to pepper spray, tear gas, and beat protestors and injure American citizens.”

Attorney General Barr: “Well, I don’t accept your characterization of what happened, but as I explained, the effort there was-

Rep. Jayapal: “Mr. Barr, I just asked for a yes or no. So let me just tell you, I am starting to lose my temper.”

Throughout the hearing, Barr clashed with Democrats during the little time he was allowed to speak. He dismissed their accusations about Lafayette Park, arguing that he has worked to “restore the rule of law.”

Barr testified that “violent rioters and anarchists” have “hijacked” the protests over George Floyd’s death “to wreak senseless havoc and destruction on innocent victims.”

“If you want the attorney general to come at least let him answer the accusations made against him…Time after time you refuse to let the Attorney General answer the questions posed to him,” Jordan continued.

Often, Barr was able to use the next round of Republican questioning as an opportunity to respond. Once he got a few words out, he strongly defended federal activities in Portland and elsewhere.

It also became clear why Congressional Democrats were so reluctant to let Barr answer their questions. Barr’s testimony certainly didn’t fit the overarching media narrative that the protests have been peaceful and haven’t warranted a federal response. Voters certainly may conclude that Barr was persuasive in his arguments.

“If someone went down the street to the Prettyman Court here, that beautiful courthouse we have at the bottom of the hill and started breaking windows and firing industrial-grade fireworks in to start a fire, throw kerosene balloons in and start fires in the court, is that OK? IS that OK now? No, the U.S. Marshals have a duty to stop that and defend the courthouse, and that’s what we are doing in Portland. We are at the courthouse, defending the courthouse.” — U.S. Attorney William Barr

Barr specifically criticized Democratic leadership when speaking of the riots, saying “What makes me concerned for the country is this is the first time in my memory that the leaders of one of our two great political parties, the Democratic Party, are not coming out and condemning mob violence and the attack on federal courts.”

“Why can’t we just say, you know, violence against federal courts has to stop? Could we hear something like that?” continued Barr.

Rep. Jordan used his opening statement at the House Judiciary Committee hearing to show a video collage that began with clips of various media outlets and politicians using the words “peaceful protests” to classify some of the riots we’ve seen in the past few months.

It should be noted that a few of the reporters had eventually remarked that the largely peaceful protests became violent rioting; these statements were not including in Rep. Jordan’s video.

The video then cut to a clip of the widow of retired police captain David Dorn speaking of his death. Dorn, who was African-American, was killed during a riot in St. Louis while working security for a local pawn shop.

Rep. Jordan’s video then proceeded to show footage mainly avoided by the mainstream media, of rioters taking down statues, looting businesses, throwing fireworks and projectiles at police and other graphic imagery.

After the showing of the video, House Judiciary Committee Chairman Jerrold Nadler (D-NY), remarked only that the minority did not give them the required 48-hour notice that they were going to be playing the video.

“Without objection, I am going to insert the committee’s audio-visual policy into the record of this hearing, and note that the minority did not give the 48 hours notice required,” Nadler said.

House Democrats didn’t get any further in their questioning of Barr regarding the commutation of former Trump associate Roger Stone’s sentence. Many Democrats argued Barr had done Trump’s personal bidding.

Barr responded to these allegations, stating: “I agree the President’s friends don’t deserve special breaks, but they also don’t deserve to be treated more harshly than other people and sometimes that’s a difficult decision to make, especially when you know you’re going to be castigated for it. But that is what the rule of law is for and that is what fairness to the individual ultimately comes to.”

For all the answers House Democrats demanded of William Barr, they got little for their trouble. Republicans, however, got a great deal out of the hearing, including Barr’s impassioned pleas for the Democratic Party leaders to condemn the ongoing violence, as so many on the left and right have called on them to do.

“Unfortunately, ‘spectacle’ is now the best way to describe Portland’s protests. Vandalizing government buildings and hurling projectiles at law enforcement draw attention- but how do these actions stop police from killing Black people? What are antifa and other leftist agitators achieving for the cause of Black equality? The ‘Wall of Moms’, while perhaps well-intentioned, ends up redirecting attention away from the urgent issue of murdered Black bodies.” — NAACP Portland President E.D. Mondaine, The Washington Post.

What U.S. voters will make of the spectacle of U.S. Attorney William Barr, unflappable, suffering nothing onerous that a barrage of political campaign commercials, is not likely to help Democrats.

They were so busy posturing and pontificating in clips and sound-bytes for their political campaign ads, Democrats forgot the purpose of the hearing was to demand accountability from U.S. Attorney William Barr.

Instead, it is elected Democrats who may be held accountable for their lamentable performance- at the ballot box in November.