The Big Tent Party is in Trouble

Inclusivity built the Democratic Party. In the name of inclusivity, progressives are tearing it apart. 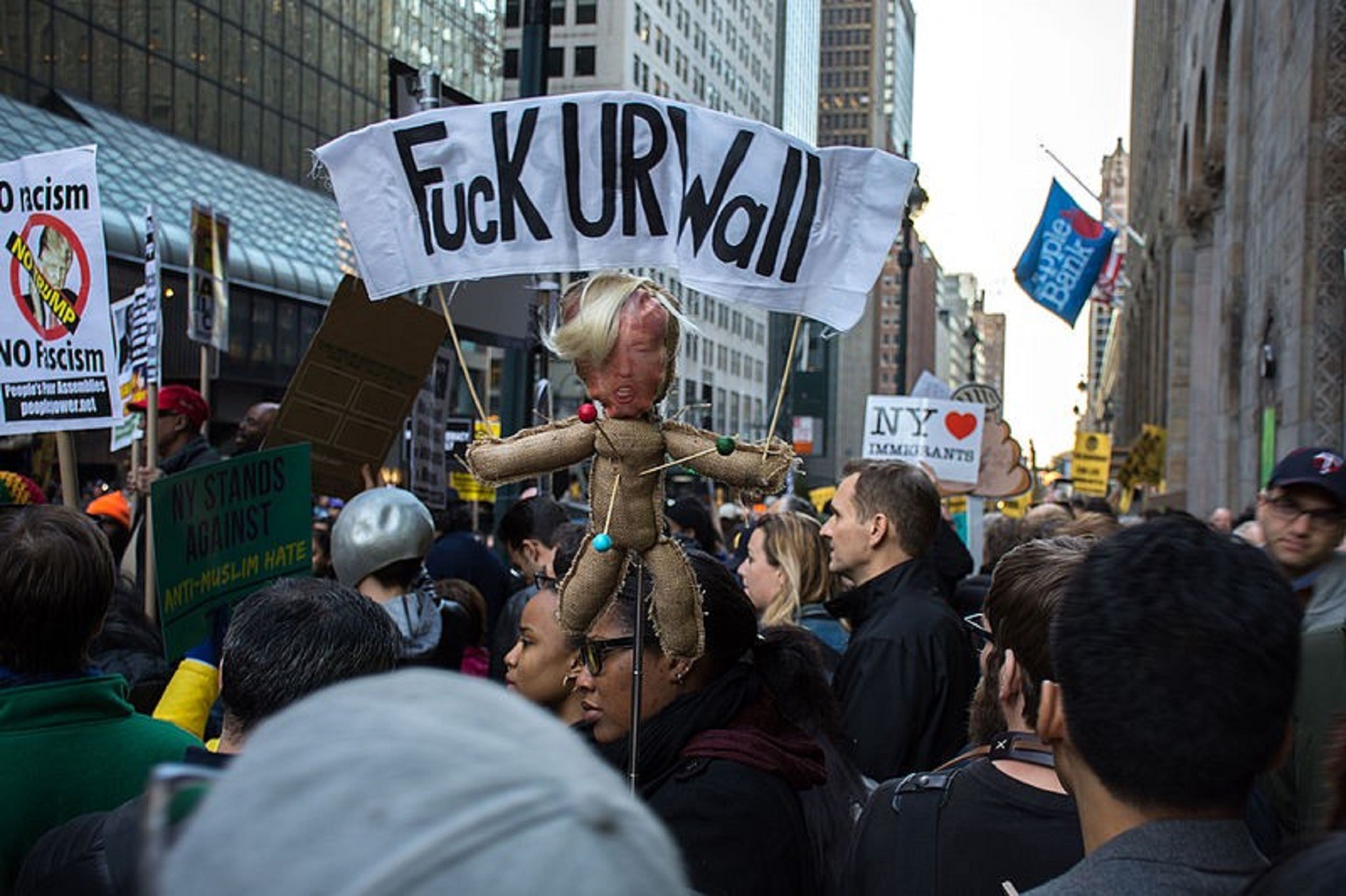 Top Democrats in leadership are getting more nervous by the day.

Not because the latest Trump impeachment gambit put together by House Democrats is boring American voters to tears. In spite of chastisements from media elites, voters can barely be bothered to watch the proceedings.

Even after some furious behind-the-scenes focus grouping- which determined that people respond better to the term “bribery” than to the dead-language mouthful “quid pro quo”- and subsequent reframing, impeachment isn’t going terribly well.

And we all know how that turned out.

While it is almost impossible that the Republican led Senate, or indeed a U.S. Senate controlled by any reasonable political party, could vote in a majority to remove Donald Trump from office based on the testimony the House has heard thus far.

Not one witness has testified to overhearing anything incriminating directly, having any direct knowledge of presidential law-breaking, or in fact ever meeting or speaking with President Trump at any time.

This is a problem, certainly. But House Democrats never really expected to get a conviction from the Senate, anyway. It is highly possible that these latest proceedings will indeed cake enough mud onto Trump to hurt him in 2020.

No, what is really troubling the Democratic powers that be is the state of the field of Democrats currently running to replace Donald Trump. And not just any old Trump either, but a further emboldened Donald Trump who survives this latest “impeachment inquiry” just like he survived all the last ones.

Democrats asking “Isn’t there anyone else?” after the rise of Wall-Street’s own boogeyman, Sen. Elizabeth Warren, got their answer this week.

Yes, there is somebody else. Two somebodies, as a matter of fact. Former NYC Mayor Michael Bloomberg and former Massachusetts governor Deval Patrick have entered the race.

Whether they bring anything to the table that can unite the warring wings of the Democratic Party is another matter entirely.

Whether any one person can unite the warring wings of the Democratic Party is the real question.

The age of Donald Trump has produced in liberal-progressive Democrats a fierce dedication to all things in opposition of his presidency. Some of the radical positions embraced in the name of the ‘resistance’ has alienated more moderate Democrats in the party.

Only recently in the Democratic Party, has it become impossible that two reasonable people might disagree on the highly-charged subject of abortion. Democrats have quickly gone from the “safe, legal, and rare” party to the “Taxpayer funded abortions for everyone at anytime for any reason” party.

Becoming the “party of abortion” carries certain political risks to the Democratic Party, as even the Washington Post points out.

This reductive approach to the ideals of the Democratic Party is likely to push religious conservatives, of any party affiliation, to hold their nose and vote for Donald Trump when confronted with a Democratic candidate who proudly encourages women to “shout their abortions” and demands that taxpayers foot the bill.

The subject of border security is another where reasonable people aren’t allowed to disagree in the Democratic Party anymore. Borders are racist, according to the new progressive creed. ICE must be abolished. The U.S. must be transformed into a utopian nation without borders.

It isn’t simply that a Democrat who isn’t in favor of this is concerned about how such a thing might impact low-income Americans. Nor are allowances to be made for Democratic voters who simply doubt the U.S. government’s ability to fulfill such a lofty promise.

The subject of Israel is yet another where a creeping incivility exists in the Democratic Party towards those Democrats with the more “conservative” viewpoints of five minutes ago. Anti-Semitism is being thinly veiled in the name of advocating for the rights of Palestinians.

Former President Barack Obama; former Mayor of Chicago Rahm Emmanuel; first, second and only female Speaker of the House Nancy Pelosi: They have all had the same words of caution in recent weeks.

“Stop going so far left, everyone. You’re scaring off the middle and independent voters we need to win in 2020.”

They are absolutely right.

Democrats need to abandon, at once and forever, the idea that the progressive Twitter outrage mob is a true representation of the Democratic electorate. House Speaker Pelosi recently summed it up best when she begged progressives in the party to remember that what plays in deep blue San Francisco is a loser in the heartland.

The Democratic Party should also consider abandoning, at least temporarily, identity politics and “woke” cleansing. These tenets are revealing deep and unappealing truths about the Big Tent Party.

Today, that inclusivity is arguably complete. Democrats are as physically diverse a group of people as anyone could want. Probably the most diverse political party in the history of the world.

But ideologically, the acceptable frame of beliefs that a Democrat is allowed to espouse has become almost impossibly narrow.

In order not to invoke the wrath of the woke Twitterati in 2019, that ultimate authority on all things politically correct, the modern Democrat must embrace: Open borders, abolishing ICE, free healthcare for everyone, free college for everyone, a woman’s right to terminate her pregnancy at any time for any reason at taxpayer expense, forcible gun confiscation by the government, government run healthcare, the abolition of all fossil fuels and the systematic dismantling of the industries that supply them.

Serious Democrats must now also avow complete support of the Green New Deal; questioning the efficacy of certain solutions, even proposing other, more moderate approaches with the ability to achieve the bipartisan support necessary to get anywhere legislatively, is absolutely verboten.

If you consider the Green New Deal open to discussion, you are now considered as bad as the worst Climate Change denier, and they are barely considered human.

This is a problem.

Democrats must be allowed to disagree, even on the most cherished tenets of some, in order to remain the party of the many.