The Art of the Gaffe 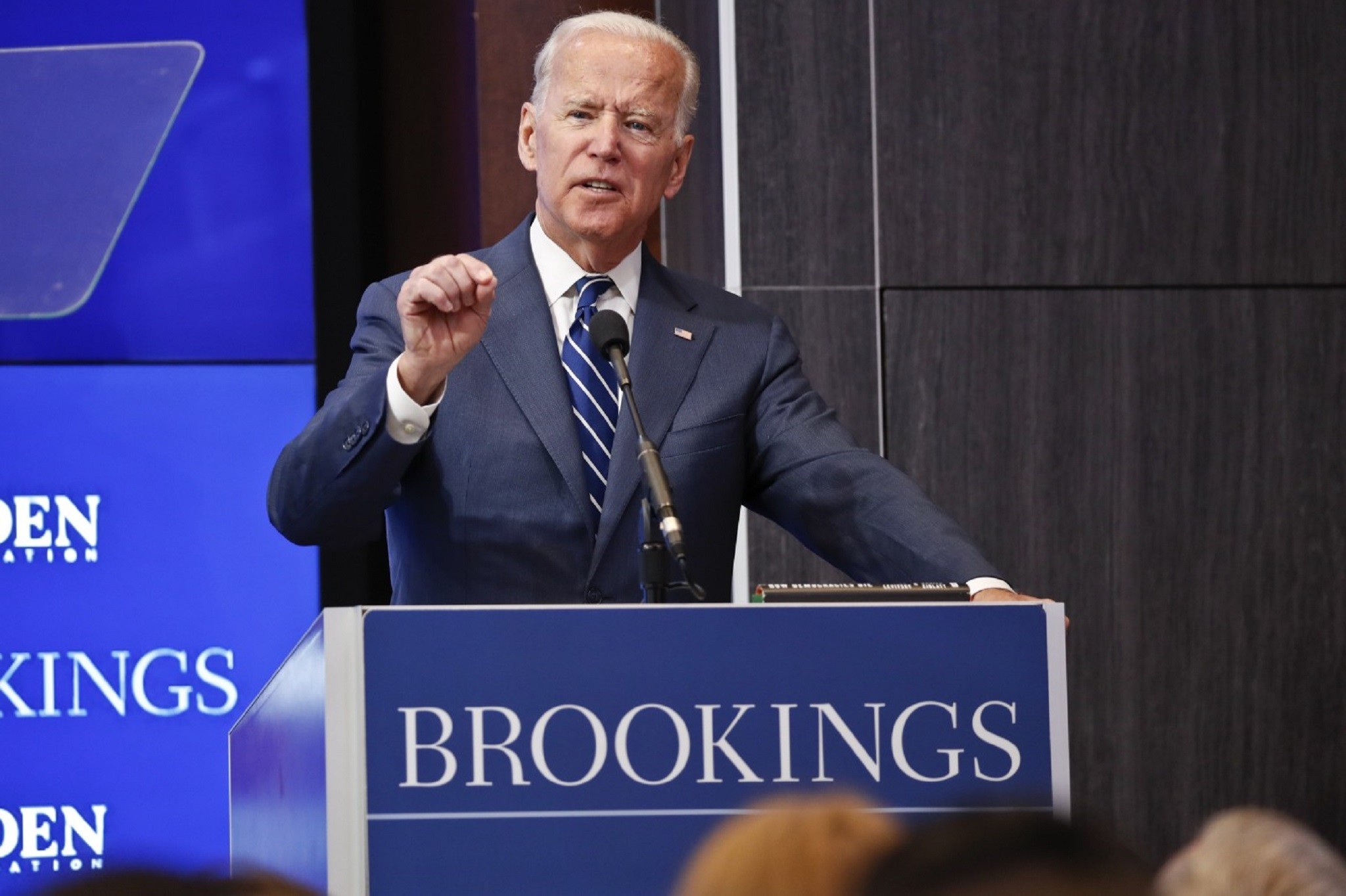 On May 8, the new Future of the Middle Class Initiative at Brookings and the Biden Foundation co-hosted a forum on the future of the middle class, featuring a keynote address by former Vice President Joe Biden. (photo: Brookings Institution)

Joe Biden has been called many things: Vice President of the United States, Senator from Delaware, consummate deal-maker, progressive-liberal stalwart; he has also been called, and called himself, a gaffe machine.

Selling Biden as the perfect foil for the inexperienced but meticulous Barack Obama in 2008 is one thing, and it was a wonderful idea. In the presidential race of 2020, voters will be measuring Joe Biden against current U.S. President Donald Trump.

How will the two compare?

Trump isn’t so much a gaffe machine as a threat to the whole idea of a gaffe. In a world dominated by  his daily outrageous statements, and where even Trump’s most mundane statements are subject to the hostile witness treatment of the U.S. press corps, it is going to be difficult to cast anything Trump says as embarrassing. Trump doesn’t embarrass easily.

To the U.S. progressive left, Trump himself is an embarrassment.

Perhaps Biden himself put it best when contrasting his easy, off-the-cuff political speaking style with that of Donald Trump:

“I am a gaffe machine. But my God, what a wonderful thing compared to a guy who can’t tell the truth.” — former Vice President Joe Biden, December 2018

President Trump, for his part, has his own views on the relative merits of Joe Biden, which he put in a somewhat less self-effacing manner.

“Biden was never very smart. He was a terrible student. His gaffes are unbelievable. When I say something that you might think is a gaffe, it’s on purpose; it’s not a gaffe. When Biden says something dumb, it’s because he’s dumb.” — President Donald Trump, February 2019

Joe Biden, still considered the front runner in the race for the Democratic primary nomination, hasn’t disappointed this campaign season, even ironically- perhaps intentionally- gaffing his decision to run before it was formalized.

This should come as no surprise: Biden’s campaign trail with President Barack Obama was fraught with  moments of extemporaneous honesty from Biden.

Progressive liberals of the ilk that Joe Biden is trying to impress in the run-up to the Democratic primary may, however, be impressed with a candidate who once "accidentally" announced his support for gay marriage before the Obama Administration had really come out in favor of it.

Biden should be careful about his tendency to reminisce fondly about the good old days, when everyone was able to get along. Bipartisanship, of the type which Joe Biden excels, has become a dirty word in some progressive circles.

In addition, how will Biden tackle a battle-hardened warrior like Trump, who is well used to taking almost hourly hits from an unfriendly press?

Progressive Democrats, Democratic socialists and Bernie Sanders Democrats aren’t running on issues they can win on; like abolishing ICE, open borders, reparations, and socialism. Instead, they are gradually eroding the Democratic center…to Donald Trump.

Try as Democrats might to forget it, one inescapable demographic persists; some Obama/Biden voters went to Trump in 2016.

If trying to lure them back consists of nothing more than telling working people who are struggling that morally opposing Donald Trump is more important than electricity and food, Democrats will lose.

Trump’s position with undecided and independent voters is further strengthened as the economy approaches full-employment. A fact that will not be lost on voters come Election Day, no matter how hard the left, and left leaning press, try to downplay it.

Some experts and pollsters on both sides of the aisle are already sounding the alarm on a Trump re-election. Some Democrats in the party seem determined not to be caught off-guard by the Trump campaign machine this time around.

Will they manage to course-correct before it’s too late?