The Arms Race is Over: Humanity Lost

Is any future war winnable? Does anyone really want to find out? 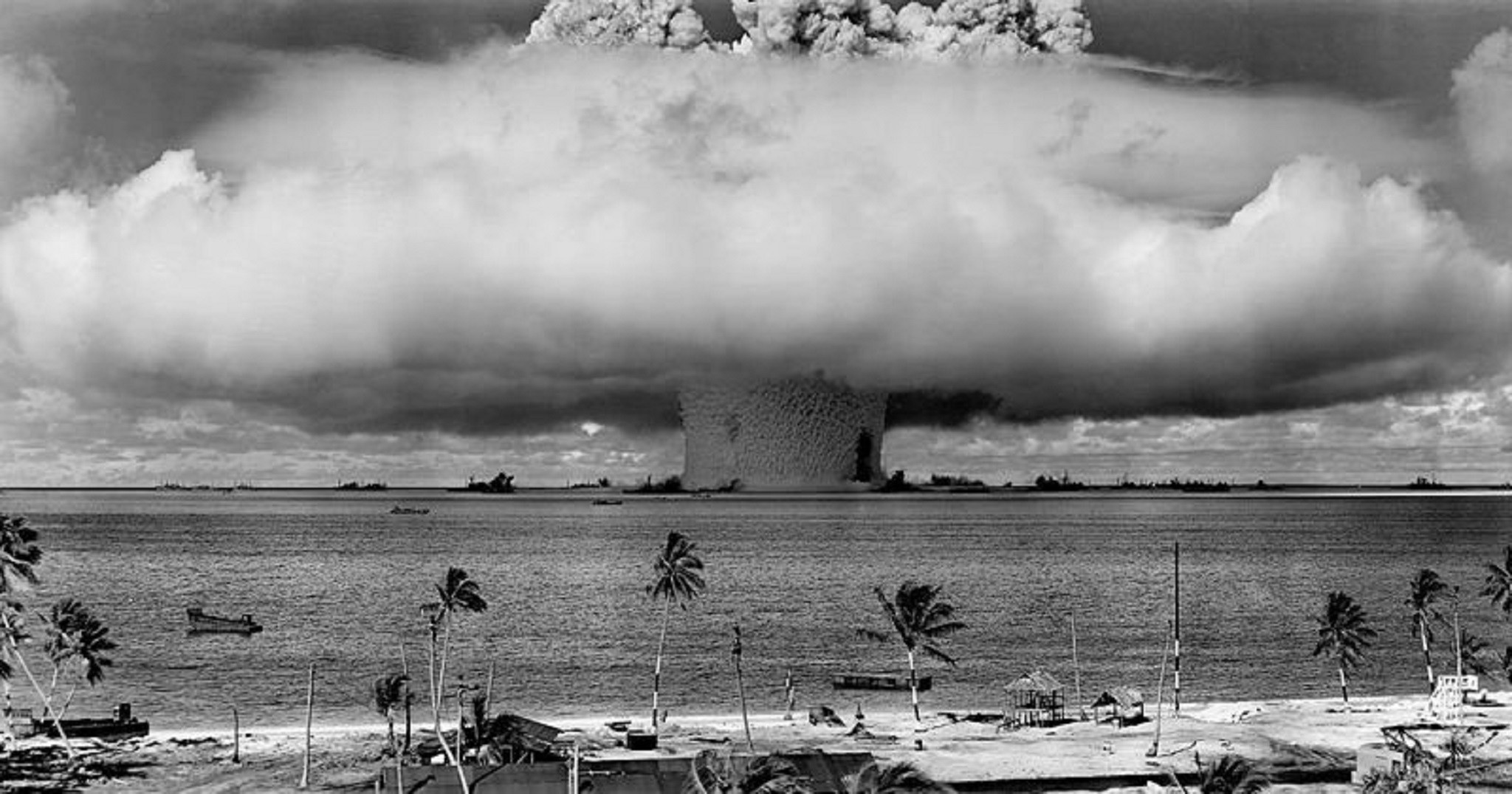 Democratic Rep. Ro Khanna (D-CA) has been quietly organizing congressional members from both sides of the aisle for the past year to call for a bi-partisan coalition to work with Trump to end U.S. involvement in foreign wars.

His efforts seem to be bearing fruit, and not a moment too soon.

War. What is it Good For?

Perhaps decades of watching hyper-realistic war violence on television has softened our national consciousness. Perhaps the plethora of first-hand accounts of the horrors of war has tempered our martial natures.

We certainly know more about war today, and the aftermath of war, than any group of human beings in history. The reality isn’t pretty.

War doesn’t seem as exciting, as romantic, as much of an adventure as it did to our grandfathers and their fathers, some of whom lied about their age in eagerness to enlist.

The pay was good, the work was steady, you got to see the world. War meant training, camaraderie, education. War meant fighting a great evil, war meant being the good guys. The liberators. The saviors. Heroes.

It is difficult to imagine being able to sell this bill of goods wholesale to Americans of military service age in 2019. Especially in a draft scenario.

There were massive demonstrations against the war in Vietnam, and that was before the advent of the internet. More people were opposed to that war than you might think. It was just more difficult to organize and mobilize in those days. And it was easier in those days than ever before.

American Rock legend Bruce Springsteen recounted in his recent memoir “Born to Run,” that after answering his mandatory summons to the draft office, the bus he traveled on was filled to overflowing with young men sharing tips on how to present to military authorities as the most maladjusted, drug-addled, mentally-ill and otherwise unfit for duty person on earth.

Imagine those pockets of resistance magnified by the internet.

There would also be a great deal of difficultly selling invasion and war based on hard data we can’t deny about how these incursions damage economies, and often hurt civilians the hardest. War is rarely about anything as cut and dried as good and evil and, even when they are, good people suffer perhaps more than the evil ones.

Once and Future Wars

Have we become disenchanted with war because of modern reality?

The reality of modern warfare is certainly every bit as terrifying as anything James Cameron could dream up.

Robotics and A.I. are yesterday’s news. Today, we have the ruthless knowledge that future wars will not be fought by human beings. Only against them.

In the future, machines will fight our battles; with drones dropping smart-weapons while the human controller is safe in a gaming module a thousand miles away. Hopefully there will still be a human will at the controls.

Hopefully there will still be a human will at the controls?

But even if the controller is safe, the rest of us won’t be. When it comes to future wars, the U.S. faces the stone-cold certainty that mega-powers like Russia and China will not hesitate to bring the fight to American soil.

In addition to drones, large and small, microbes will fight the next war, too.

Biochemical weapons are every bit as terrifying as any doomsday image of a mushroom cloud blooming over a totaled city. Your chances of surviving a nuclear attack are actually better than you might think.

Unless you are directly in the blast radius, in which case radiation won’t be an issue, simply taking shelter in your vehicle would reduce your risk of exposure to nuclear fallout by 70%. In your house, you would do even better.

It wouldn’t take all that long for your to be able to go outside for long periods of time, either. A matter of weeks, not months or years. That is not to say you would be as healthy as you would have been had you not experienced a nuclear fallout zone, but you’d likely survive the experience.

There are some seriously scary things out there. Tiny things too virulent to contemplate. A million possible frankenviruses, and a million points at which to unleash them on an unsuspecting population.

Or into the food chain. Mass starvation has always been a weapon of warfare. Technology can only make it a more effective one.

There is also now the hypersonic attack, which may have already been tested on U.S. diplomats who reported feeling nauseated and disoriented. The arms race has also produced electromagnetic pulse attacks, cyber-attacks, and infrastructure attacks.

And those and just the things we know about.

The Arms Race is Over: Humanity Lost

Perhaps our unwillingness to support endless wars is driven by the certain knowledge that Einstein, among others, was right. The arms race was over before it even began, because it was always a race we couldn’t win.

Even when you win, you lose. politThe weapons of the future have already proved so terrible, everyone is too scared to use them. And with good reason.

The next war, if allowed, will be a back-to-basics scrubbing that leaves humanity with nothing but the stone hand-ax for the next 160,000 years, just like humans had for the first 160,000 years of anatomical modernity.

Maybe it is finally time to give peace a chance.