Tech Censorship Ramps Up in Wake of Capitol Riot

Opponents of the strategy argue that it won’t work, ins’t constitutional and is being abused to silence political opinion and criticism of the government. 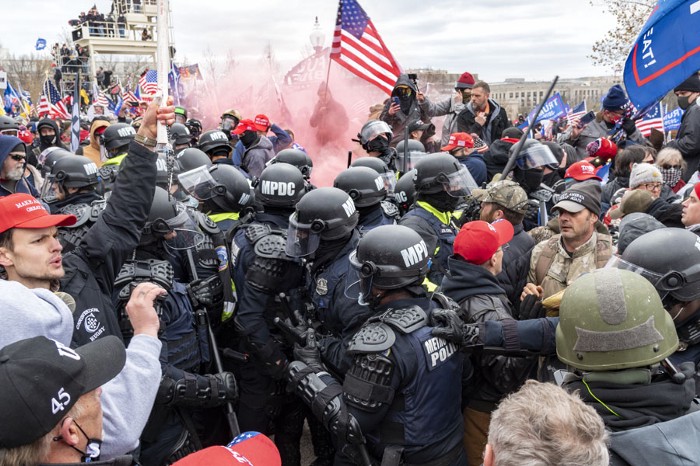 Twitter banned U.S. President Donald J. Trump’s account on Wednesday, causing a massive uproar on social media. On Thursday, Facebook went a step further and censored the president’s Facebook and Instagram accounts “indefinitely and for at least the next two weeks until the peaceful transition of power is complete,” Facebook’s CEO Mark Zuckerberg wrote in a post.

“His decision to use his platform to condone rather than condemn the actions of his supporters at the Capitol building has rightly disturbed people in the US and around the world,” Zuckerberg wrote. “We believe the risks of allowing the President to continue to use our service during this period are simply too great.”

Snapchat has “locked” Trump’s account following the Wednesday events. Twitch has frozen Trump’s account, and said they will make a decision after Biden is inaugurated. Shopify removed stores with ties to Trump, including shop.donaldjtrump.com and trumpstore.com.

“Shopify does not tolerate actions that incite violence,” a Shopify spokesperson said to Insider Thursday. “Based on recent events, we have determined that the actions by President Donald J. Trump violate our Acceptable Use Policy, which prohibits promotion or support of organizations, platforms or people that threaten or condone violence to further a cause. As a result, we have terminated stores affiliated with President Trump.”

Senator Josh Hawley is another victim of censorship, as his book, “The Tyranny of Big Tech,” was cancelled by Simon & Schuster.

“We did not come to this decision lightly,” Simon & Schuster said in a statement. “As a publisher it will always be our mission to amplify a variety of voices and viewpoints: At the same time we take seriously our larger public responsibility as citizens, and cannot support Senator Hawley after his role in what became a dangerous threat.”

Sen. Hawley took to Twitter to voice that the cancellation of his book is “Orwellian.”

“This could not be more Orwellian. Simon & Schuster is canceling my contract because I was representing my constituents, leading a debate on the senate floor on voter integrity, which they have now decided to redefine as sedition,” Hawley wrote in the statement posted to Twitter. “Let me be clear, this is not just a contract dispute. It’s a direct assault on the First Amendment. Only approved speech can now be published. This is the Left looking to cancel everyone they don’t approve of. I will fight this cancel culture with everything I have. We’ll see you in court.”

Hawley’s book was scheduled to be published in June.

What Simon & Schuster labeled as a threat has been done by Democrats on various occasions. In Jan. 2001, Jan. 2005 and as recent as Jan. 2017, Democrats, like many Republicans in 2020, objected to the electoral college certifications.

If Big Tech has the power to silence the President of the United States, why wouldn’t they silence anyone they don’t agree with? While Simon & Schuster said it was confident it was acting within its contractual rights, where does it end?

It doesn’t end, according to The Federalist publisher Ben Domenech.

Domenech told Fox Business Thursday night that “this is going to be the moment that is used as an excuse to shut down, to shutter, to undermine, deplatform everyone, not just people who are political actors … just regular human beings who happen to support the president or be members of the Republican Party.”

“They are going to see their businesses libeled,” Domenech continued. “They’re going to see themselves deplatformed, undermined, and make it impossible for them to run advertising, engage with people in a normal manner.”

“Big Tech’s PURGE, censorship & abuse of power is absurd & profoundly dangerous. If you agree w/Tech’s current biases (Iran, good; Trump, bad), ask yourself, what happens when you disagree? Why should a handful of Silicon Valley billionaires have a monopoly on political speech?” asked U.S. Senator Ted Cruz.

The concerns aren’t solely coming from supporters of the President. Model and outspoken progressive Emily Ratajkowski wrote on Twitter, “Anyone else feel like proper amount of capit[o]l police being absent/letting Trump people in/providing insane visuals of MAGA dudes on the floor of the house was wildly convenient to justifying big tech’s rollout of censorship?”

While President Trump avidly pushed for Big Tech reform within the last few months, nothing came of it. Censoring the President of the United States and U.S. citizens could lead to dangerous consequences for the constitutionally protected right to free speech.

What the framers of the U.S. Constitution failed to anticipate, as might be expected, was that Big Tech companies, including social media giants and search engines would grow to usurp the federal government’s power to ban the speech of Americans. The current standing of Big Tech companies as private corporations, and their still mystifying failure to be classified as publishers, is protecting these powerful new monopolies from any rules or regulatory oversight. For now.

Twitter, Facebook, and Google may find, however, just as the Chinese Communist Party has found, that the harder they work to ban speech “for the public good”, the harder people will work to overcome the imposed controls.

All the might of The Great Chinese Firewall, not to mention the CCP’s iron-fisted control of all Chinese media outlets including China’s own heavily censored intranet, and even the threat of imprisonment, isn’t sufficient to prevent inconvenient rumors that COVID-19 came from a CCP virology lab from spreading in China.

The Big Tech giants may wish- in the end- that they had allowed political discourse to continue in the public sphere, however uncomfortable. Banning conservatives from popular social media platforms is not going to make them go away.

Consider the massive growth in the conservative media market over the past four years- as corresponding numbers of journalists have been laid off from mainstream progressive news outlets like Buzzfeed and Vox.

Liberal bias in the mainstream media has not proved convincing to conservatives; on the contrary. They’ve merely- and obviously- turned the channel.

And they are just as convincing. Perhaps more so.

Remove conservatives from mainstream social media networks, they will simply form new ones- as they have the perfect right to do. Then, what little influence moderates and progressives might have had will have been squandered and any chance at changing hearts and minds will be lost.

Actions like these on the part of the liberal leaders of Big Tech companies may thrill progressives who haven’t yet thought it through. Consider what it might be like when the Democratic Party controls all three branches of the U.S. government- plus Wall Street, the media, and big tech companies- and no one is allowed to criticize them.