The media’s obsession with Trump’s reelection chances is clouding the issue of reopening schools in the Fall. 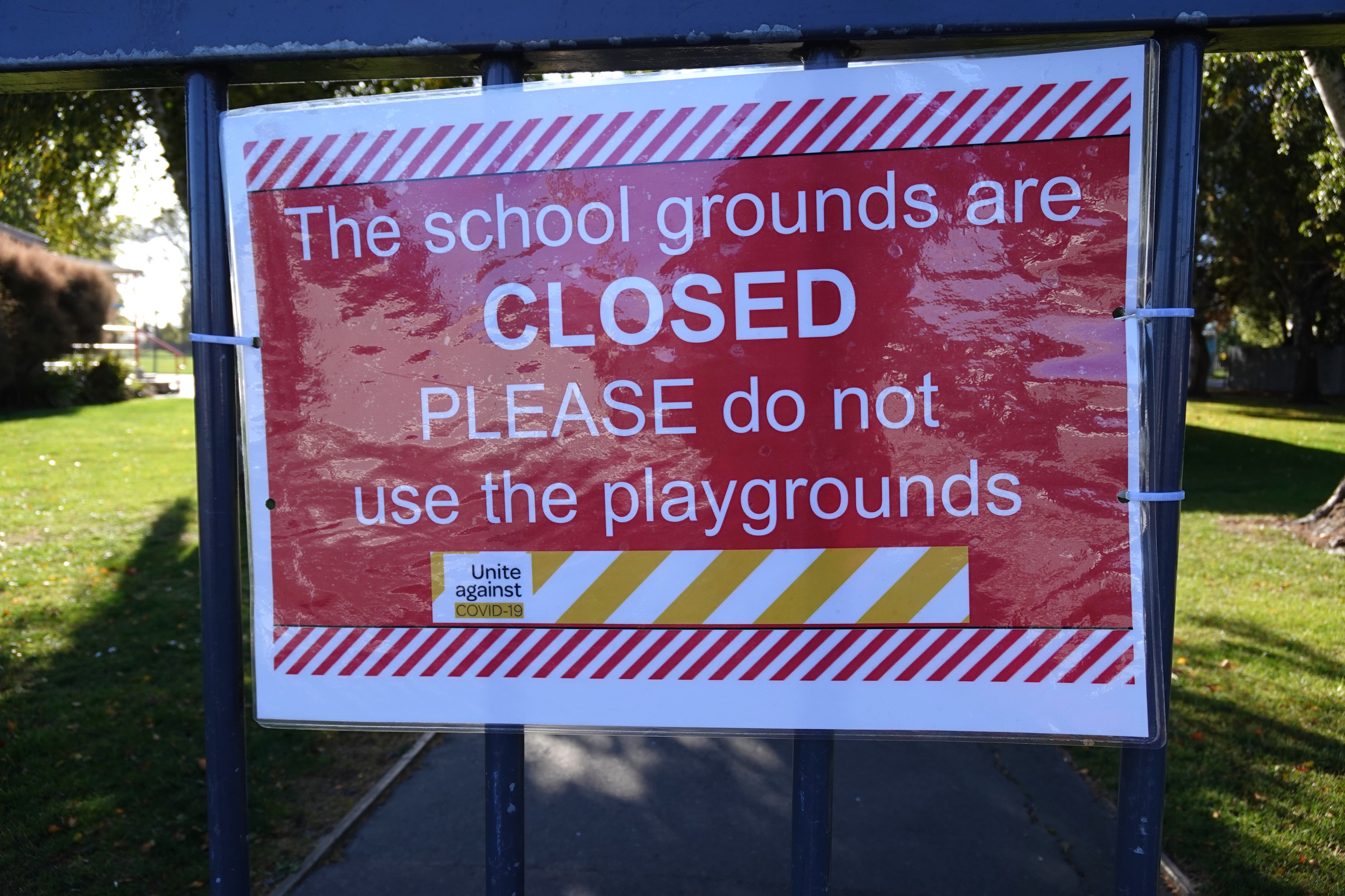 “The school grounds are CLOSED. PLEASE do not use the playgrounds” April 5, 2020. (photo: Jon Sullivan)

Not Everything is About Donald Trump

The media’s singular obsession with Donald Trump is making reasonable public discourse about whether or not public schools should reopen in the fall impossible.

“President Donald Trump has found a new focus in his attempt to turn around his tumbling political fortunes: Force schools to reopen this fall even as coronavirus continues to rage in several regions of the country.” — Chris Cillizza, CNN Editor. “Donald Trump’s push to reopen schools has very clear dangers.” July 8, 2020.

This may come as a surprise to Chris Cillizza, and indeed most of the news staff at CNN, but not everything is about Donald Trump, or his reelection chances this November. In the same article, Cillizza criticizes Trump for suggesting that the reopening of public schools in the fall has become politicized; as Cillizza himself politicizes the reopening of schools.

“The ‘why’ here is simple:” according to Cillizza; “Trump’s poll numbers- and chances at winning a second term this semester- have taken a huge hit as the country has turned on how the President and his administration have handled the ongoing pandemic.”

By this reasoning, whether or not tens of millions of children currently enrolled in public school should be allowed to resume their educations in the Fall boils down to nothing more than Trump’s poll numbers.

Trump isn’t the only one who would look with favor on public schoolsresuming some semblance of a normal class schedule in the Fall. Trump’s nosediving poll numbers- which the right certainly doesn’t agree are accurate, and of which many on the left are also deeply skeptical- aren’t the only considerations as to whether or not children should resume their educations.

“The problem is that Trump is so focused on his political imperatives that he is losing sight of the bigger picture here.”

No, the problem is that the media, CNN chief among them, is letting their obsession with seeing Donald Trump defeated in November, cause them to lose sight of the bigger picture.

There is no failure to form a consensus about whether or not the online classes, which were adopted out of necessity as widespread shutdowns became part of everyday life at the close of the school year in April, were a success; they weren’t.

A new normal certainly includes children resuming their education. And considering how much harder the lack of public in-person educational resources has been on minority and impoverished communities, students and families, the push for schools to reopen isn’t Donald Trump’s:

Whatever his tax returns might reveal in the end, whether or not Trump is as wealthy as he claims to be; he is still very wealthy. His children are all grown up and out of school; and his school-age child, and school-age grandchildren, are still receiving the finest education money can buy- whatever happens in the Fall.

Private tutors, special programs; wealthy people’s children will be able to easily make up for this gap in their education in the years to come. But every other student in America will have to struggle to compensate, both in standardized testing and later in the job market.

“I think really people underestimate the public health consequences of having the schools closed on the kids. I’m confident we can open these schools safely, work in partnership with the local jurisdictions.”— Robert Redfield, CDC Director. 7/9/2020

Essential workers have been allowed to continue doing their jobs during this pandemic. Without them, and their sacrifice, the U.S. and the world would be in far worse shape than it is.

Teachers are essential workers and they always have been.

Is it now the contention of CNN that landscapers and food delivery drivers and grocery clerks are essential to the economy and the well-being of the people living in the U.S.- even during a pandemic- but teachers are not?

Thinking like this is creating a new class system in the Covid-19 economy; the haves like wealthy CNN editors and celebrities who are still able to pay people to perform all the services they are accustomed to having and the have-nots; an underpaid, overworked class of people deemed “too important” to get the same pandemic-clause exemption from work.

Not everything is about Donald Trump.

Teachers are just as important as the truck drivers, waste-management employees, and electrical engineers who have been faithfully working their usual shifts during the shut-downs; some of them have been working overtime.

Conflating the two is clouding the issue unnecessarily; it’s divisive and politicizes something that isn’t political in any way.