Will 2021 be the year our lawmakers make the connection and deliver on meaningful criminal justice reform?

Like the great social, cultural, and religious reformer for whom he was named, Dr. Martin Luther King Jr. set in motion a profound transformation which continues grow with the passage of time.

While the impact of MLK was certainly felt during his too-short lifetime, as he led and inspired millions to fight for civil rights, the true legacy of the man, and of his life’s work, resonates more and more loudly with each passing era.

Like all great reformers and revolutionaries, Dr. Martin Luther King Jr. was a man who knew only too well that he was planting a tree under which he might never sit. It takes that special kind of person, the true visionary, to undertake a great work knowing they won’t be the one to finish it.

It’s amazing what someone can accomplish, however, when they don’t seem to care who gets the credit. Like the great scientist tinkering with a mathematical formula someone else will someday use to discover a cure; like the massive public works project begun by one generation and passed on to the next to bear or complete, like a torch.

And yet, in spite of the influence and great works of MLK, there is still nothing new under the sun.

The same age-old struggle Dr. Martin Luther King witnessed during the Civil Rights era continues today. Discrimination, racism, poverty, marginalization; in spite of the Herculean efforts of great leaders like MLK, and many others, the U.S. remains an unequal society comprised of haves and have-nots.

There have been victories in the decades since an assassin’s bullet ended the life of a peaceful warrior- and great ones. There have also been tragic setbacks.

There remains much work to be done. There is one area in particular on which fans of Dr. Martin Luther King might concentrate their efforts:

Processing grief is something everyone does a little differently, even collectively. For protestors in Minnesota and elsewhere after the death of George Floyd, that grief was expressed, sometimes violently, in a reaction primarily against property.

Retailers like Target, which featured prominently in early videos of protestors rioting and looting, have since closed stores in response.

What retailers like Target should do in response to this crisis is to end all contracts with retail entities that use prison labor. It is one deeply ugly issue at the heart of criminal justice reform efforts- and at the heart of efforts to stymie them.

The U.S. never really ended the practice of slavery; since long before NAFTA worsened the problem, the U.S. had been outsourcing forced labor to other countries for decades. We have also exported the practice to the U.S. prison system, where prison labor is now a billion-dollar industry.

All kinds of companies you deal with all the time profit from forced prison labor, at home and around the world. Companies like Target, Proctor & Gamble and Whole Foods are just a few of the companies who have been caught using prison labor. Prison labor is often called the “best kept secret in business”.

The secret is out: It is time to eliminate the for-profit prison system.

A for-profit prison/labor system is a terrible idea in a free market because it is not a free-market idea. It creates a perverse incentive to arrest and incarcerate more people. Whatever the personal motives of the officers involved in the horrific death of George Floyd, they are but the lowest-paid cogs in a much larger machine driven by perverse incentives and bad laws.

The result is that the U.S. incarcerates more people than any other country on earth. Either Americans are uniquely evil, or there is something fundamentally wrong with our criminal justice system.

It is also long past time to stop the war on drugs. Treatment and prevention would cost a fraction of what we currently spend to prosecute and incarcerate people; and this strategy has proven far more effective at curbing drug abuse.

The so-called war on drugs and the for-profit prison labor system have resulted in entirely too many people in prison in the U.S. Far too many of them are young African-American men.

If the Trump Administration, and a bipartisan group of lawmakers in the Senate and the House, can pass a meaningful criminal justice reform law, the FIRST STEP Act, perhaps we have a right to expect great things from the Biden/Harris administration.

Dr. Martin Luther King Jr. deserves more than a holiday. It is time to address the subject of criminal justice reform and end the for-profit prison and labor system once and for all. 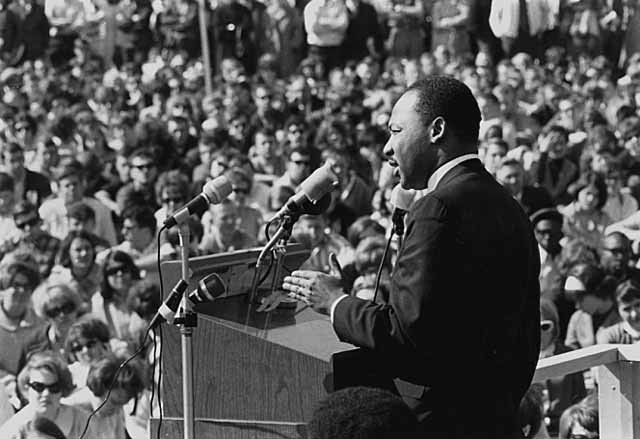