Stamping Out Misinformation Is An Impossible Dream

Being wrong isn’t against the law. Neither is lying. Where do we go from here? 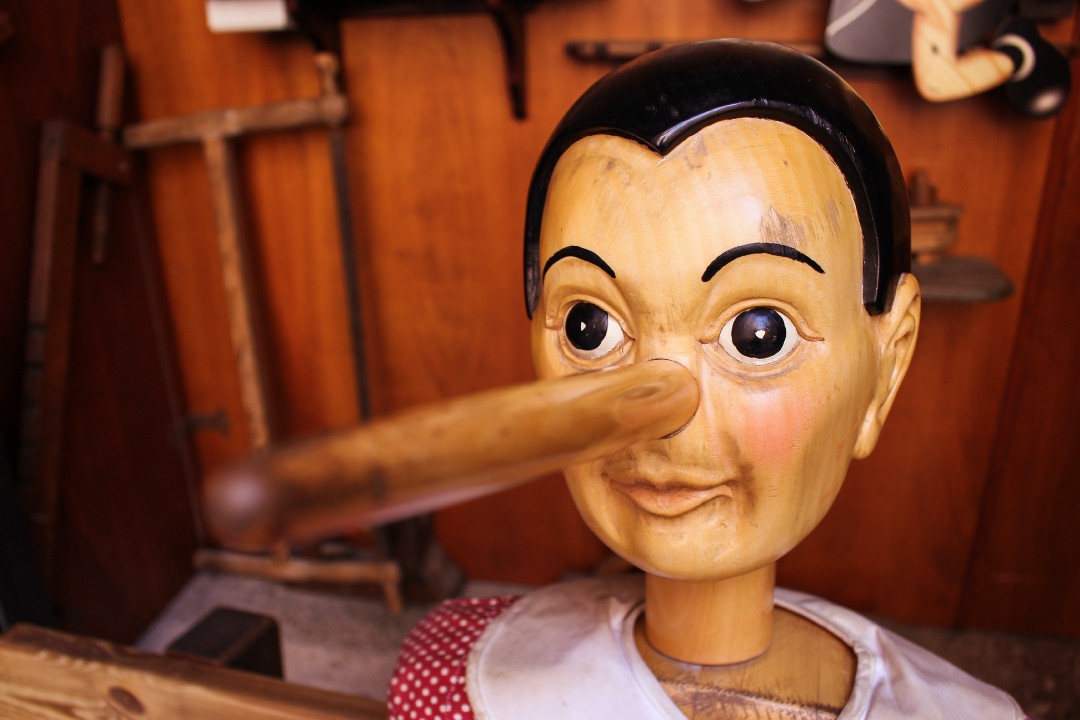 There are three types of liars at work in society today; three levels of lies.

The first, most basic type of liar is the merely untruthful person. They mostly lie to other people, mostly about trivial matters. You can probably think of a few examples of these, and you’ve probably told a few tiny little fibs yourself.

People intentionally lie to other people all the time, for all sorts of reasons- to cast themselves in a more favorable light, to avoid trouble. Most of these reasons are harmless enough. Some aren’t. Some of these reasons even make sense from a logical standpoint. Some don’t.

The second-level liar is much trickier, and more dangerous as they will have to work much harder to conceal their lies. They must, because their lies are deeper, bigger, broader. These lies aren’t the work of a moment. They aren’t composed on the spot in answer to an inconvenient question like, “Did you do your homework?” or “Why are you late?”.

The second type of liar lies mostly to themselves.

They fool themselves about all sorts of things- how much money they have, how fit they are, how attractive. They stick their head in the sand, refuse to check bank balances, won’t get near the scale. These sorts usually think they are above average drivers, above average intelligence, above average in just about everything. They are the narcissists among us, the serial cheaters, the users. It’s not that they think so little of others, per se. It’s that they think so much more of themselves. Or at least, they pretend to.

They lie to themselves about interpersonal relationships, and their role in them. These types of liars rewrite their own histories, inventing aspects of themselves that never existed, cutting out other parts. How much they actually believe of their own brand of personal BS is a mystery to us all, including themselves.

The third type of liar is the most dangerous of all: They live whole lies. Their lies are epic, foundational, tectonic. Their entire lives, livelihoods and relationships, are built on these massive lies.

Their lies are the premeditated first-degree murder of the lying world- lies which take advance planning, manufactured evidence, careful execution, and constant vigilance to maintain.

These lost souls lie to other people as easily as breathing. They lie to themselves with even more facility. They can adopt many different personae, as malleable as a characters in a work of fiction. Like chameleons, they can appear to be whatever the moment calls for. For a little while.

Some spin webs of duplicity merely to protect their vulnerable egos and fragile psyches, victimizing nobody as much as themselves; some aren’t even consciously aware they are doing it, though it must seep in through the cracks from time to time.

There are some, however, who construct elaborate lies to intentionally take advantage of other people, to swindle, defraud, bamboozle, or con them out of something valuable, be it time, money, energy or otherwise.

These are the lonely-hearts lotharios, the confidence scheme runners, the hustlers, the career con artists, the embezzlers.

They pretend to be wealthy heiresses while kiting checks and stiffing creditors. They pretend to have developed a breakthrough in medical diagnostic equipment. They “organize” the Fyre Festival.

Third-level liars caused the recession of 2008, and the Savings & Loan crisis before that. Probably the big stock market crashes in 1929 and 1869, too.

Part of the problem, for the rest of society, anyway, is that lying isn’t really illegal. But for a few notable exceptions, the perpetuation of falsehoods is not usually a criminal act in itself.

If you lie on a job application, make a costly mistake as a result, and your company sues you in civil court, the judge may find against you. But you can tell the next person you pass on the street that your name is Bob, and it’s really Paul, just for the heck of it, and no one can do a thing about it.

The hard part, for the rest of us anyway, isn’t to tell when people are lying to us. That would be impossible. Even the best, most astute criminal investigators can be taken in by a compelling enough liar. A good enough liar can even beat a polygraph- no problem.

Our challenge is to be able to distinguish the why and who.

Why someone is lying is very important. Are they your basic, first-level garden variety prevaricator trying to impress? Or do they actually believe their own lies and are only lying to others incidentally? Perhaps they don’t know the truth.

Or are they that master manipulators among us? Predatory, stealthy- far more difficult to catch at it than plain old average liars. Third-level, lying con-artists with ill intent are the most dangerous type of liars.

And theirs are usually the most dangerous types of lies to tell. Like “Of course your money is safe with me,” and “perfectly standard contract, no need to read it, just sign here,” or “the election was stolen from (fill in the blank)”.

To stamp out misinformation, we need to know. But it’s very hard to tell.

Being wrong isn’t against the law, and can’t be made a criminal act, or we’d all be in serious trouble at some point or another. Lying isn’t illegal, either, unless it is facilitating an actual crime or the person is under oath.

“I’m the good guy, perfect angel; my political opponent is the devil himself,” or some variant therein has been par for the course in politics for longer than anyone alive can remember. Throw in semantics, differences of opinion about major, fundamental questions, like “Is there a God?” or “capitalism or socialism” and telling the falsehoods from campaign promises is well-nigh impossible.

Who is lying for the sake of it, or to protect themselves and who actually believes their own lies? Who is swindling the public for their own personal gain and who is merely an inconvenient ideologue?

Are we capable of telling the difference?

There is what people believe in the hearts to be true, though some evidence might suggest otherwise, and lies crafted to deceive and manipulate.

Since seeing into someone’s heart is well beyond the ability of the U.S. government, to say nothing of court of public opinion and people on social media, stamping out “misinformation” may be much more of a challenge than merely keeping Donald Trump off Facebook.