Something Fishy in Florida 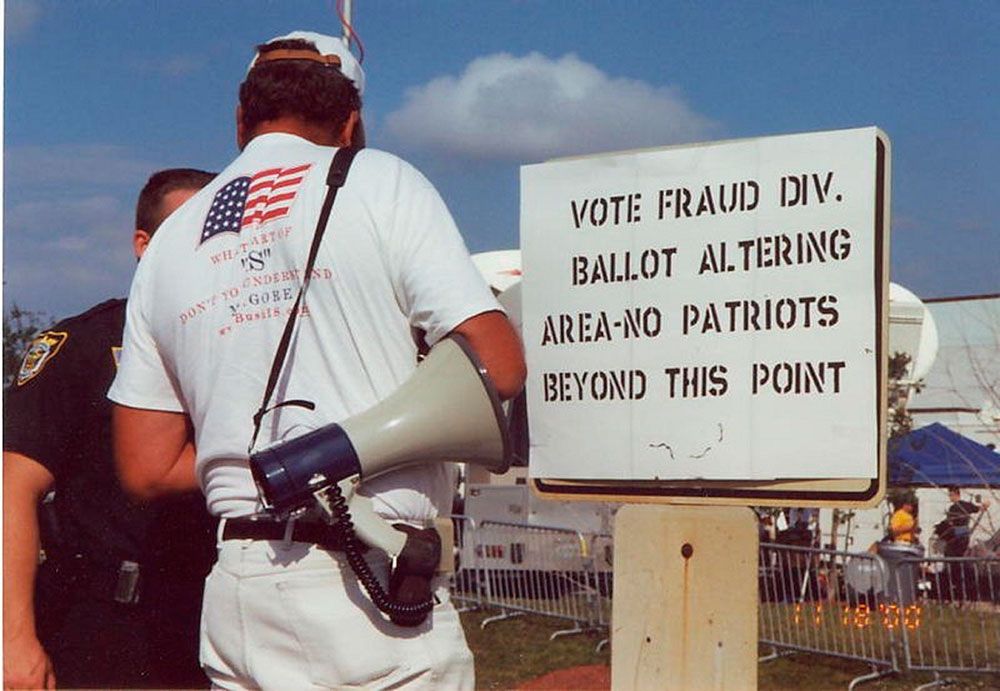 Nothing to see here, move along folks.

Democrat Andrew Gillum conceded the race for Florida governor on Election Day 2018 because, as of late that Tuesday night, Republican Ron DeSantis was projected to win by a margin of 57,000 votes.

However, on Wednesday morning that lead had dwindled to 38,000 votes. By Wednesday evening, it was down to 30,000 votes.

On Thursday morning, it was 21,000 votes; Thursday evening, a mere 15,000 votes. Gillum retracted his concession.

“Let me say clearly, I am replacing my words of concession with an uncompromising and unapologetic call that we count every single vote. I say this recognizing my fate in this may or may not change.” Gillum said at a news conference Saturday.

“The unofficial results are clear and unambiguous, just as they were on election night, and I am honored by the trust that Floridians have placed in me to serve as your next governor. With the election behind us, it’s now time to come together as a state as we prepare to serve all Floridians. Since Tuesday night, that is what I have been doing and that is what I will continue to do in the days and weeks ahead as I prepare to take office as the 46th Governor of the State of Florida.” — Governor-elect (?) Ron DeSantis

“The people of Florida deserve fairness and transparency and the supervisors are failing to give it to us,” Florida Governor Rick Scott said. “The lack of transparency raises substantial concerns about the validity of the election process.” Not satisfied with a statement, Governor Scott has also filed a suit.

Of the 67 counties in Florida, one of which was hit by a major hurricane only a month ago, two counties mysteriously still aren’t able to say how many people actually voted in them as of Election Day.

No stranger to election controversy, beleaguered Florida counties Broward and Palm Beach are back in the news again. Though it has been days since the midterm elections of 2018 concluded, election officials are still finding and counting ballots- but only in Broward and Palm Beach counties. And only votes for Democrats. No one seems to know where these ballots came from or where they’ve been, or even how many more there are.

In Palm Beach County, 15,000 votes have also been found since Election Day.

“Elections Should Not Be Decided By Who Hires The Best Lawyers” — Florida Sen. Mark Rubio

“Florida law requires counties report early voting and vote-by-mail within 30 minutes after polls close. Forty-three hours after polls closed two Democrat strongholds Broward County and Palm Beach County are still counting and refusing to disclose how many ballots they have left to count. Since 3 a.m. Wednesday, a ‘slow drip’ of votes from the two counties helped cut Gov. Rick Scott’s lead in the Senate race against Sen. Bill Nelson from around 54,000 to 17,000…Nelson’s campaign has aggressively promised to see a recount process through, promising they are in the recount game ‘to win’.”

“Bay County was hit by a Cat 4 Hurricane just 4 weeks ago, yet managed to count votes & submit timely results. Yet over 41 hours after polls closed Broward elections office is still counting votes? Broward supervisor: Says she doesn’t know how many ballots are left to be counted; & isn’t reporting hourly or regularly, but rather releasing thousands of additional votes, often in the overnight hours, that are chipping away at GOP leads.”

“Broward elections department has a history of violating the law: A court found they improperly handled votes by mail. Court found they destroyed ballots in 2016 in violation of state & federal law. Now democrat lawyers are descending on Florida. They have been very clear they aren’t here to make sure every vote is counted. They are here to change the results of the election; & Broward is where they plan to do it. A U.S. Senate seat & a statewide cabinet officer are now potentially in the hands of an election supervisor with a history of incompetence & of blatant violations of state & federal laws. Broward election supervisors ongoing violation of Florida law requiring timely reporting isn’t just annoying incompetence. It has opened the door for lawyers to come here & try to steal a seat in the U.S. Senate & Florida Cabinet.” — Sen. Rubio, twitter 11/8/18

If Broward County rings a bell, it may be because the county has a long history of questionable results on election day.

The 2000 presidential election was one of the closest and most contentious races of all time. (At least, until now.) Right after the polls closed on election night, media outlets called Florida for Democrat Al Gore. Several hours later, they retracted, declaring the race was too close to call. Almost an hour after midnight, the networks reversed themselves completely; Republican George W. Bush had won in Florida.

Al Gore prepared to give a 2 a.m. concession speech; he didn’t give it.

Somehow, the Florida vote margins had tightened considerably. There were vote-counting irregularities and controversies. Antiquated voting machines were being called into question. Confusing and faulty ballots were being blamed, at least in part.

Then, as now, any race this close in Florida triggers an automatic recount. So over the next few weeks, Democrat and Republican lawmakers and lawyers mounted various legal and political challenges to this arduous process. After more than a month, the U.S. Supreme Court finally had to step in and put an end to this embarrassing derailment of the democratic process. George W. Bush was declared the winner 5–4.

By the end, George W. Bush had won Florida by a margin of only 537 votes.

Or was it 538 votes? “Broward County stole my vote in 2000, and Brenda Snipes helped cover it up” writes Dave Lowry in the Washington Examiner on Nov. 11, 2018. “I believe that thousands of Floridian absentee ballots from that election were fraudulently stamped with incorrect dates of receipt. The Supervisor of Elections knows there is no tracking system on ballots handled by the U.S. Postal Service. With no tracking, the receiver can stamp them as “late” without fear of being caught. It’s the perfect crime.”

How did George Bush’s lead in Florida fall from over 100,000 votes to only 537 votes? Broward and Palm Beach County Florida are once again forcing an expensive, time-consuming and obstructive recount process so we can all find out.

Races this close in Florida trigger an automatic machine recount. The recount deadline is Thursday. As of Sunday night, here is how the recount is sizing up for each disputed seat: