Soleimani Bombing Was From the Obama Admin Playbook

Of course the war powers expanded under Obama are being used by Trump. The media has no one but themselves to blame. 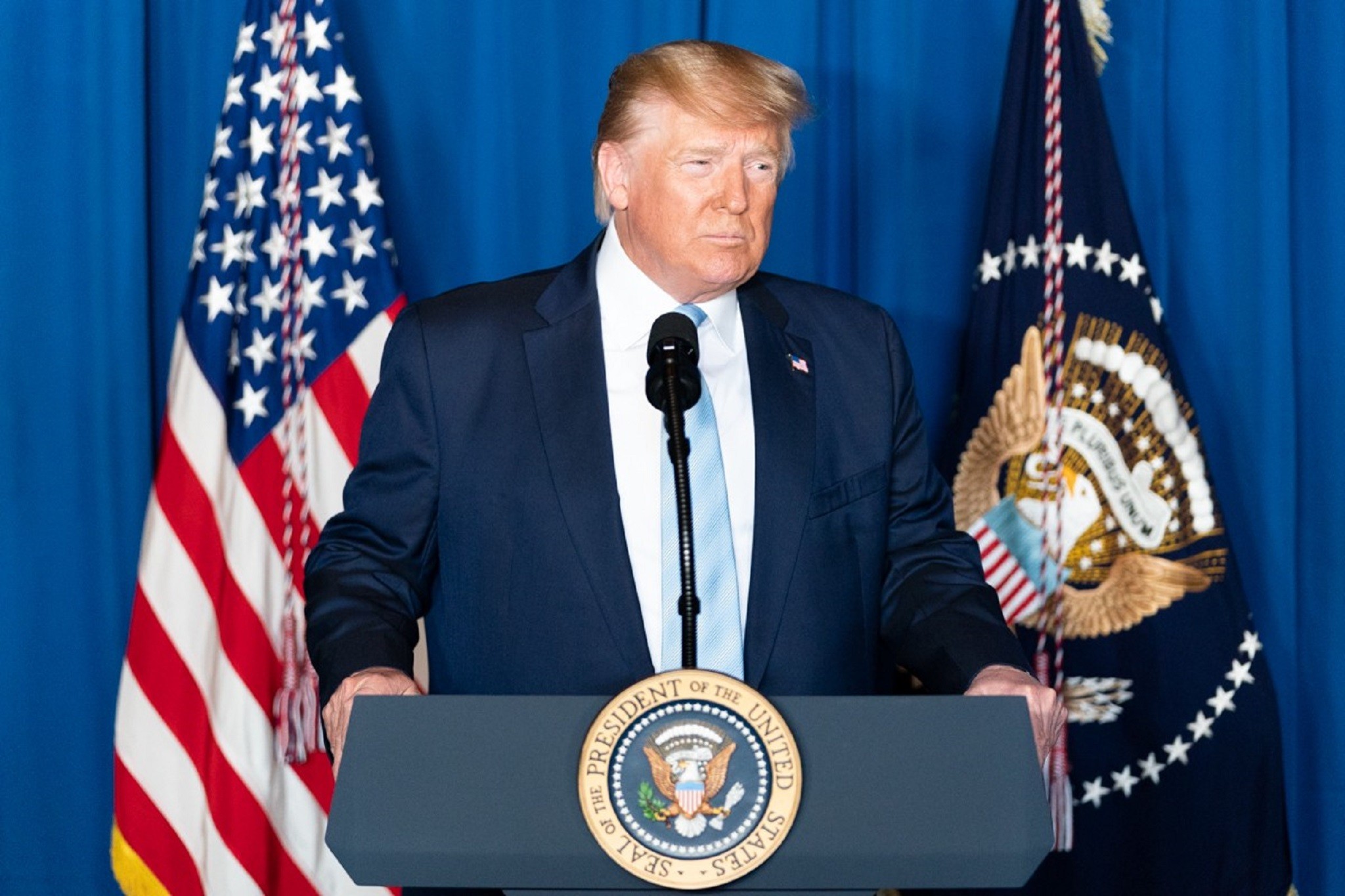 “Can the President just kill whoever he wants now?” asks Slate. Across the spectrum of Democrats, with reasoning running the gamut from aversion to war to aversion to war crimes, this same question has been echoing.

(No conservatives are asking because conservatives already know the answer, as this was a question they asked, rather loudly in fact, several years ago.)

Remember when Obama signed the NDAA, giving the executive branch, and it’s head the President of the United States, the unlimited authority to detain even American citizens without trial forever?

We seriously old-timers remember the George W. Bush years, and the post-9/11 panic that gave rise to Homeland Security and empowered the executive (and whosoever should happen to come along in the future to hold that office up to and including Donald Trump) with all sorts of war powers for peacetime in the name of fighting global terror.

The answer, especially as it pertains to people like terrorist-chief General Qassem Soleimani, to the question of “Can the President just kill whoever he wants now?” is “Yes.”

The voices that clamored during the George W. Bush years- that Bush was a war criminal, and should be prosecuted as such; that the Bush administration misled the public about war; that the Bush administration was using the fear inspired by 9/11 to expand the power of the U.S. federal government in ways that could not be easily reigned in and might have unintended consequences- fell silent once President Obama took over.

Through the combined efforts of the George W. Bush administration and the Barack Obama administration, the U.S. is now perpetually considered to be in open war with a variety of bad actors, terrorists, and terroristic factions around the world.

“The whole concept of war has changed under Obama.” — Jon Alterman, Middle East specialist at the Center for Strategic and International Studies, 2015

Now that Donald Trump is in office, and the press finally cares again what the President is doing with all that power, it belatedly occurs to them just how much power Bush and then Obama gave themselves to act unilaterally with very little congressional oversight whatsoever.

In perfect legality, House Speaker Nancy Pelsoi received a by-the-book briefing of Congress- after the fact. Pelosi can do about as much to reign in Donald Trump as Iranian Ayatollah Ali Khamenei.

Democrats in the press have no one but themselves to blame.

They are this angry at Donald Trump because these news networks, and the people who run them, know in their hearts who is directly responsible for Trump’s presence in the Oval Office at 1600 Pennsylvania- a presence that persists to this day and will like persist long after Election Day 2020.

It was the mainstream media’s collective failure to properly report on the mission creep that occurred under Obama that gave rise to Trump.

Far from undoing what George W. Bush did to make the government larger and more all-powerful, especially the executive branch, Obama took that ball and ran with it.

President Barack Obama may have received the Nobel Peace Prize, but his is an award that has been gradually and quietly scrubbed of mentions on the Nobel website in the years since. Former members of the Nobel Prize committee have commented publicly that Obama’s prize was awarded a bit pre-maturely.

Considering that Obama came to be known by the realists in the media as the “War President”, and especially considering the revelations in the Afganistan Papers about the lengths the Obama administration went to conceal its failures in Afghanistan, “pre-mature” might be an understatement.

Under Obama, dronings went from the still-objectionable and possibly dangerous gamification of war they had been under President George W. Bush to the Wild Wild West of drone bombings. Laser-accurate executions of targets overseas became the rule, not the exception.

Though “laser-accurate” gives the wrong impression.

Obama’s drones were able to hit pin-point targets with extreme accuracy, it was true. Satellites at that time could read a dollar bill from space. But intelligence was just as faulty as ever.

Who can forget the Yemen wedding-party drone bombing of 2013 that killed ten civilians? Or the bombing of a Doctors Without Borders hospital in Afganistan that killed two dozen doctors and patients in 2015?

The press, apparently. The only outrage at the time was coming from Libertarians on the fringe, writing for conservative websites almost no one was reading.

Where was the outrage then, when it might have done some good? When a Democrat-voting majority electorate might have put some reasonable pressure on their duly elected Democrat president to reign in executive peace-time war powers? Where was the press?

Fawning over the Obamas, that’s where.

Yes, Barack Obama was a charismatic speaker, a photogenic family man, an inspiring coalition builder, and a barrier-breaking step for mankind and progressivism.

But he was and is, still, a politician.

Liberal Democrats looking at fervent Trump supporters with disdain need to take a good, long look in the mirror. If you think they look silly, recall the Obama days when it was perfectly reasonable for a respected journalist to confess, publicly, to getting chills up the leg from Barack Obama.

File under “Unhelpful, if true.”

Most reasonable people have never loved a politician in their lives, and wouldn’t confess to having done so if they had. Not Donald Trump. Not Barack Obama. Not George W. Bush. Not Bill Clinton. Not George H.W. Bush. Not Ronald Reagan.

But a President is no more than a bank teller, really, or a dry cleaner, or a garbage truck driver. You appreciate them, you are polite to them, your life wouldn’t work without them, but your relationship is transactional.

You have agreed on an exchange of goods and services.

If they stopped holding up their end of the exchange- if your bank teller thanked you, say, then pocketed your money instead of handing it to you; if your dry cleaner lost your items instead of cleaning them; if your garbage truck driver dumped your trash on the lawn- you would make a fuss about it.

You wouldn’t just ignore it because, well- they seem like such a nice person and you love them so much. And you really don’t want to make trouble for them.

No. You’d speak up. Because if you didn’t speak up, that larcenous bank teller, that hapless dry cleaner, that littering garbage truck driver, would continue to wreck havoc, and maybe do even worse things.

And if they did this sort of thing and you put up with up, what might they do next? What might the next guy do?

It is time for the U.S. press to take its medicine on Obama. The Afganistan Papers are a good start. It is time to take an unflinching look at what a series of reaching executive administrations have done to expand their power while an uncurious press looked the other way.

And what might be done to reign it in.

Unfortunately, this is not likely to happen on Trump’s watch.

It is going to take someone like George Washington. That rare person who, when offered a kingship, turns it down. A person who would rather see a peaceful transfer of power than wear the crown forever themselves.

A politician who will scale back the power of the executive branch, at the expense of their own power.

Maybe it’s time Democrats get to work electing someone like that. If they can find such a person.