Contrary to popular media reports, the anti-Trump club of Republicans is small and getting smaller all the time. 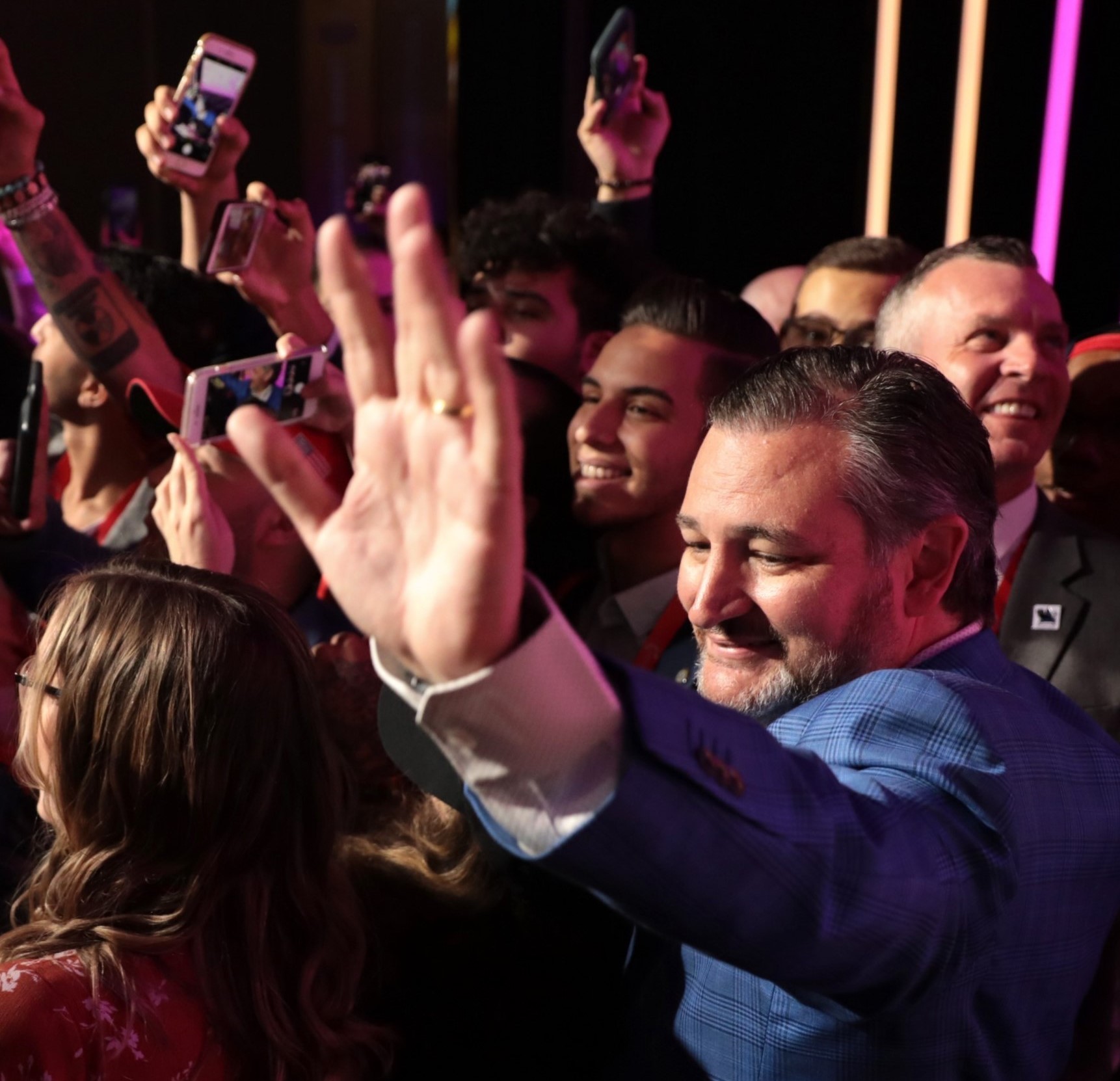 In spite of her strict adherence to principle as it pertains to Donald Trump, embattled Republican Rep. Liz Cheney suffered the worst of all humiliations recently.

It wasn’t her ouster from Republican House leadership; it wasn’t problems back in her home state. Cheney was lampooned this weekend on Saturday Night Live, in a skit which pilloried her as desperate to form an anti-Trump coalition within the Republican Party…and having very little luck doing so.

Like so many other things, it’s funny because cause it’s true. Since the Lincoln Project cashed in, then crashed and burned out, the small anti-Trump Republican club has shrunk to Cheney, former House Speaker Paul Ryan, Sen. Mitt Romney, and Larry Hogan.

Almost all the other members of the Republican Party- present, and aspiring- obviously see no benefit whatsoever in criticizing Donald Trump.

Trump, to the consternation of so many, remains very popular with Republican voters. A recent poll, for all polls are worth, put approval for Cheney’s ouster from leadership at 80%.

Polls are less trustworthy now for a number of reasons- the death of the landline being a major one. But the main reason we can’t count on polling anymore is because the purpose of polling has changed completely.

Polls used to be good-faith attempts by media organizations, companies and politicians to determine public opinion.

If a politician commissions a poll, and that poll reflects badly on his policies and performance, that politician has no obligation whatsoever to release that data to the public.

The same is true if a media company like CNN conducts a poll, and the poll reflects badly on CNN, or on a politician whose policy goals the network supports. The result is a cherry-picked patchwork about as reliable as reading tea leaves.

Even the venerated New York Times admits there are…problems with polling. After the disastrous polling of 2016, 2018, and 2020, things aren’t on track to improve. Voting Republicans are no longer just difficult for media pollsters to reach; they are now actively hostile, frequently responding profanely and angrily. That is, if they bother to respond at all.

Along parallel lines, ratings at major news networks have tanked over the past years. Factors like paywalls, the growth of alternative sites like Substack, the progressive-liberal groupthink in the newsrooms of major organizations which has prompted some in the industry to refer to Twitter as the real editor of the NYT; all have loosened whatever monopoly mainstream media outlets once held over the flow of information.

It’s news by popular decree. And since Republicans are persona non grata in the world of pop culture, and have been deeply unpopular since long before the Trump era, no news that casts Republicans in a good light is good news.

Hence the media prominence and proliferation of anti-Trump Republicans like Cheney, and their corresponding lack of popular support from Republican voters.

Unless they can say something inflammatory about Donald Trump, and thus contribute to the internal division media pundits insist is tearing the Republican Party apart, Republicans are more than useless to people like CNN media personality Don Lemon.

That Lemon’s low-rated news program has been cancelled by CNN, and Lemon himself shuffled to parts yet unknown, is yet another example of how the media has lost marketshare. More and more conservatives- half of America- have turned the channel.

But you already know the answer.

There are signs that Donald Trump remains a strong force with the 75 million or so people who voted for him in the last election. Though anecdotal, they are perhaps as reliable as any polls.

For a moment last week, blink and you missed it, something very strange happened on Twitter. It is a bit surprising nothing has been mentioned about it in the news, but perhaps it was a mere blip, not worth the media’s notice, not of interest to society.

Or maybe media outlets thought reporting about it wouldn’t do society much good, all things considered, so decided to ignore it.

In any case, Twitter, since Donald Trump, ahem, left, has been quite a bit more quiet, as other observers have noticed.

There are probably any number of reasons for this. Causes and effects are seldom as straightforward as one cause, one effect. A post-election slump, social media burnout, the strange effects of Covid.

For a while there, because of complicated ad algorithms, online ad revenues took a palpable hit. See, companies don’t want their ads appearing next to bad news, and unfortunately for awhile, bad news was all there was about Covid.

In the pre-Trump days of Twitter, major trends could see as many as 160K mentions, sometimes swelling to a whopping 240K, even a little higher on more than a few occasions. That is a great deal of online chatter about trending topics- however petty and mean they so often are.

Post-Trump, a really hot topic might garner more like 75K, maybe even break 100K. Only occasionally lately does it seem to tick higher.

One day last week the trending topic of #Trump got at least 1.13 million mentions. It may have gone as high as 2.3M, maybe higher, before it fell suddenly to 1.3 million. Historical Twitter trend data doesn’t grow on trees and even that day more specific information was…tricky to track down.

What were people saying about Trump? Doesn’t matter.

1.13M is a whopper of a trend. 2.3M is an even more significant one. Considering the likelihood tech companies suppressed this trend as soon as possible, as they so often do to protect the American public from Donald Trump these days, it is even more surprising.

That same day, an NFL announcement was trending with 5,879. #GasShortage was trending with #BidenInflation, but, coincidentally, no number was given. #OfficerEanone got 30K, mostly because he dragged House Minority Leader Kevin McCarthy. #Vitalik clocked in with 37.8K and AshliBabbitt with 16.2K.

A major, in-depth data analysis of social media trends this is not, though the subject would be an interesting one for a more-serious, less anecdotal inquiry. As far as observations go, it may prove meaningless.

But if we are to have any idea what to expect in the upcoming mid-term elections, it is clear we are going to have to look beyond polls, and beyond the echo chambers of corporate media outlets.