This week, mayors from Latin America are attending the American Jewish Congress-sponsored International Mayors Conference in Israel to find out how next-gen Israeli tech can help make cities smarter, safer and more prosperous. 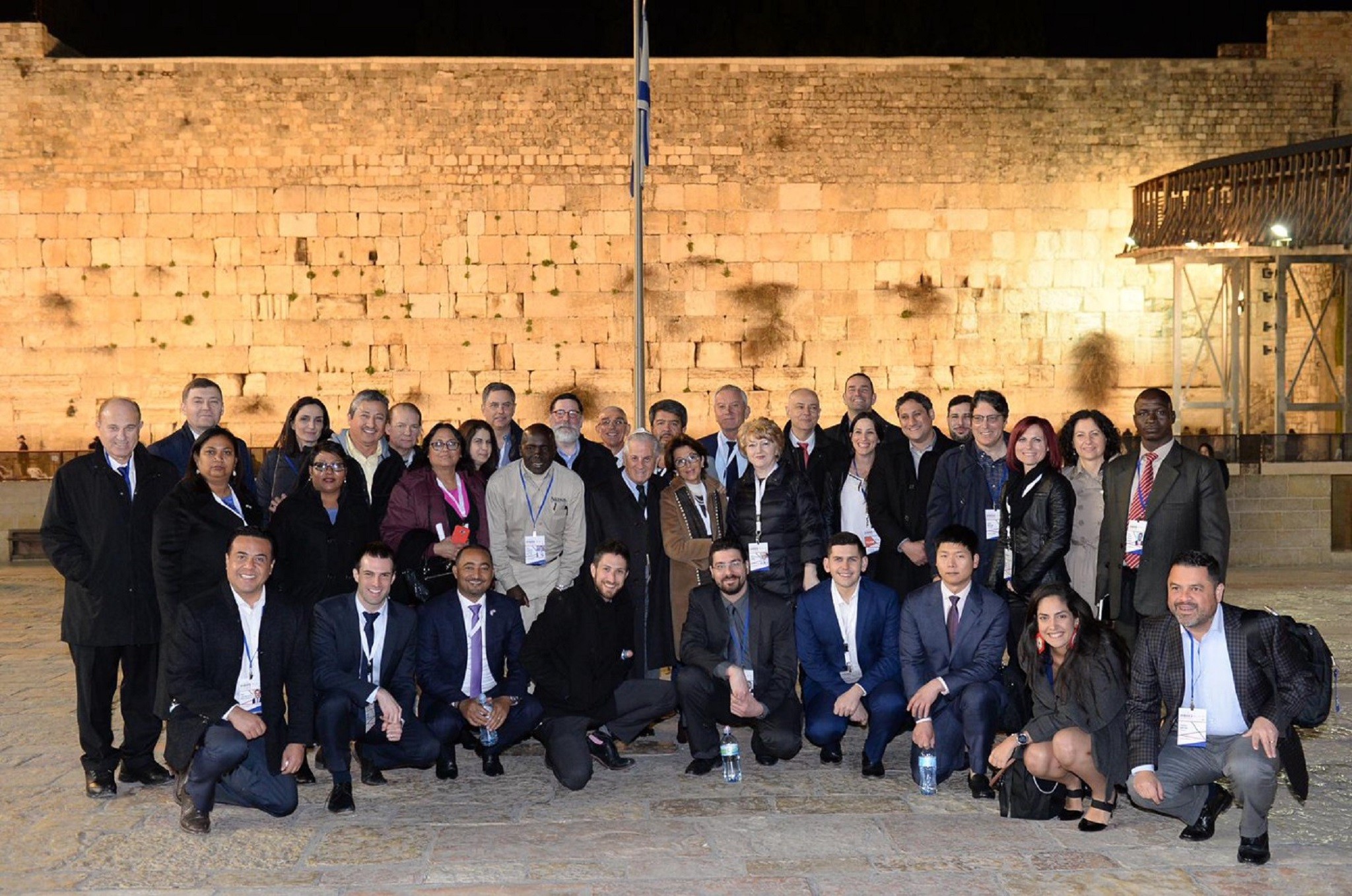 A Mission of Economic Diplomacy

This week marks the 33rd annual International Mayors Conference and city leaders from around the world have traveled to Israel to be welcomed as honored guests, in a behind-the-scenes tour of next-generation Israeli technology that is making cities like Tel Aviv and Jerusalem smarter and safer. 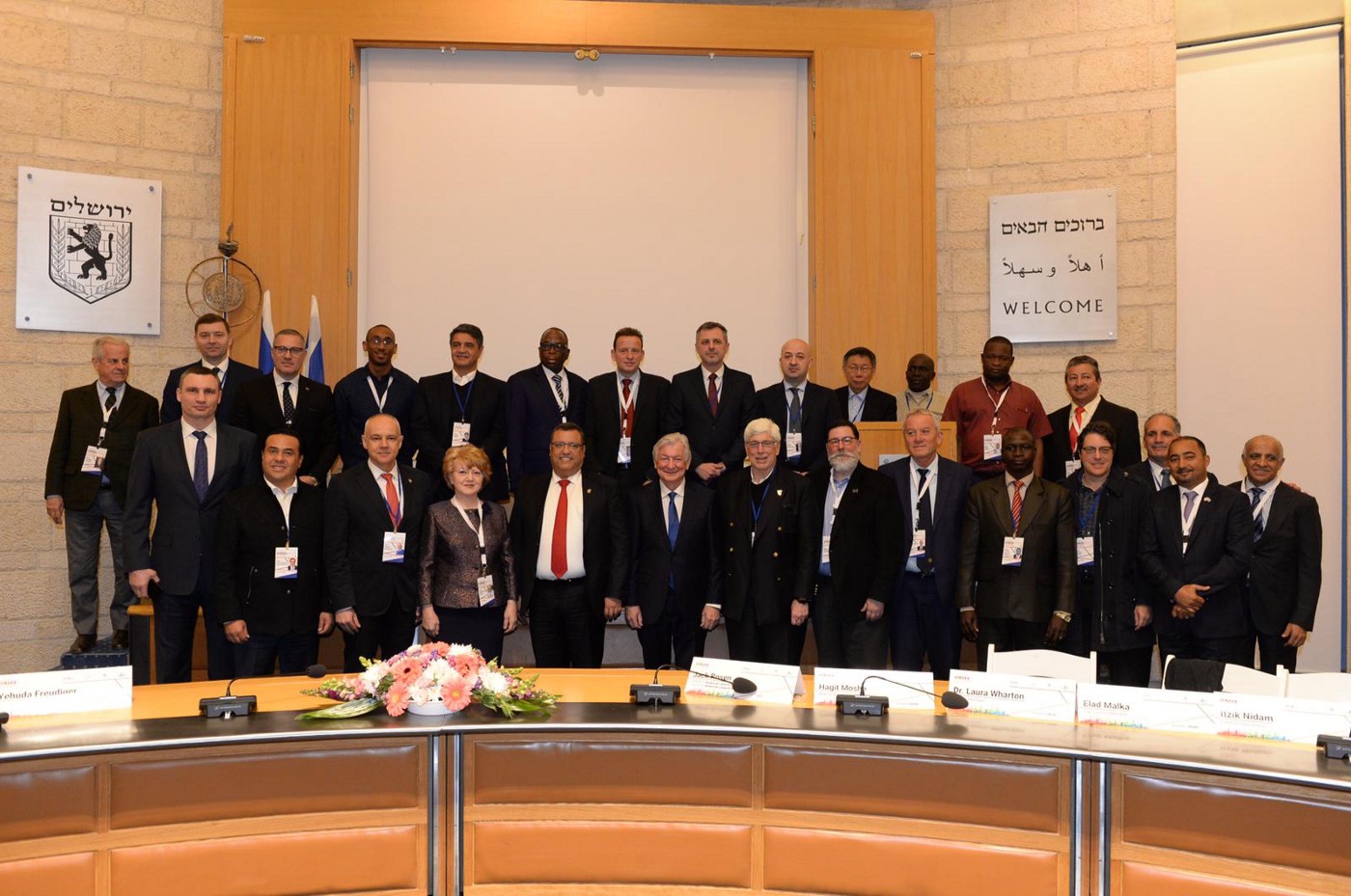 One of world’s most dynamic regions, opportunities for growth in Latin America have never been better- or more diverse. Mayors from cities in Latin America are among those who chose to accept the invitation to the International Mayors Conference, hosted by the American Jewish Congress and the Council for American Jewry.

Who are the visionary public servants willing to brave the 14-hour plane ride for a first-hand look at the newest marvels Israeli tech ingenuity has wrought?

On behalf of the people he represents, Mayor Jorge Macri is attending this year’s International Mayors Conference in Israel, learning how Israeli tech companies are using the newest advancements to improve daily life and security in cities like Jerusalem and Tel Aviv.

From the way cities manage garbage to the way they manage a crisis, next-generation technology and “Smart City” models are already being used in Israel and in other cities around the world with great success.

Improving protocols to respond more quickly and efficiently in a crisis is only one of the benefits on display for Mayor Macri this week at the revolutionary “Smart City Command Center” of Tel Aviv. He and his fellow mayors can look forward to the very best that the rising tech giant Israel has to offer, as Israeli companies display today’s radical advancements and offer a glimpse into tomorrow.

Mayor Macri, is attending the conference amid news that Argentina’s Chief Rabbi Gabriel Davidovich was attacked during an overnight break-in at his home on Tuesday.

“I am shocked and saddened. It is a very unusual crime for our city. An investigation is currently underway and will determine if there were anti-Semitic elements involved in the crime. We will see that justice is served. Intendente de Vicente Lopez has a large Jewish community and is a city where all people are free to peacefully practice their faith.” — Mayor Jorge Macri 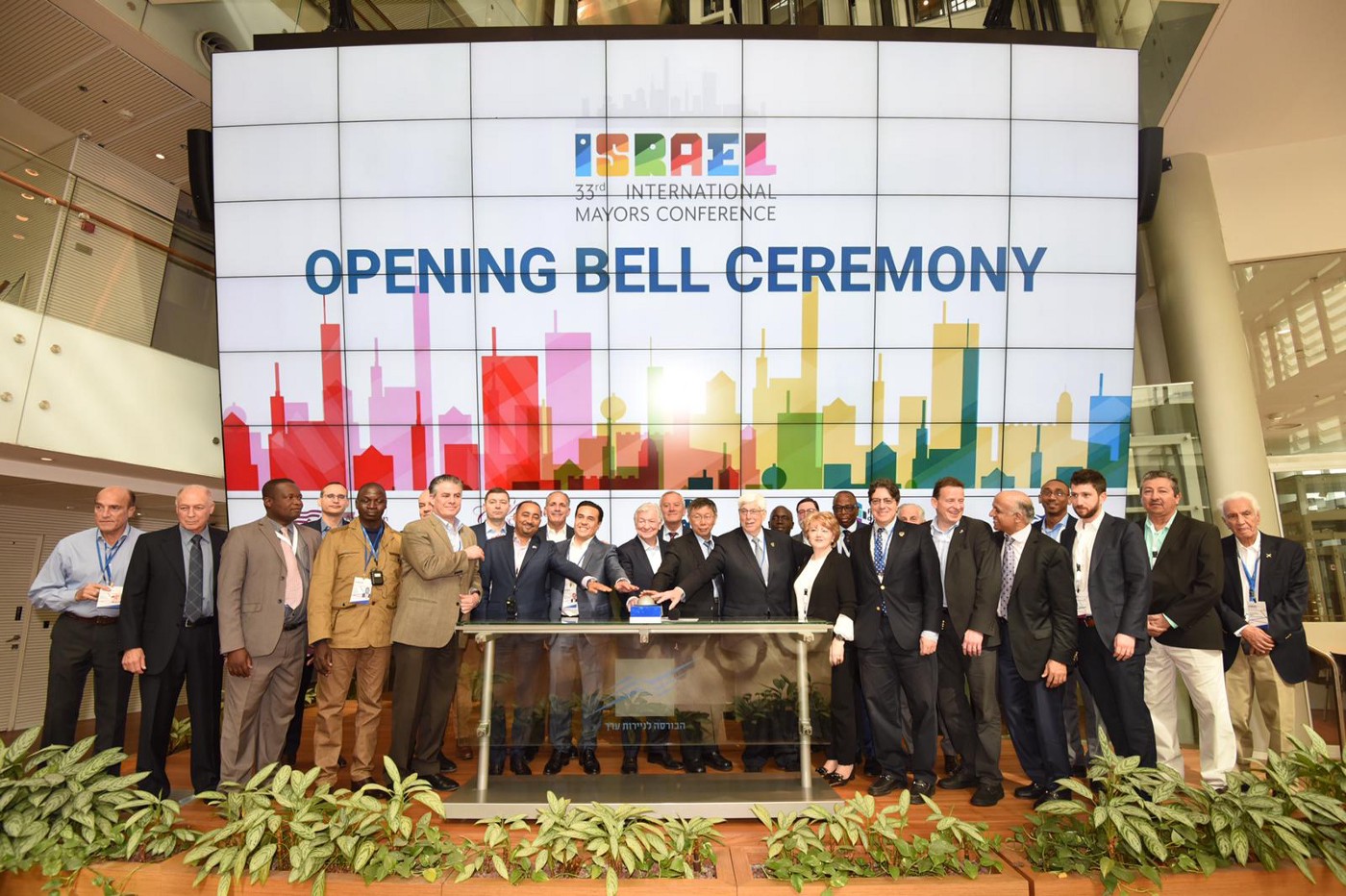 Mayor Daniel Martinez looks to the future and an unlimited resource as yet untapped in Uruguay: The intellectual capital of its people.

Montevideo is far from Tel Aviv; and not just by plane.

Yet, many of the challenges faced in an economy like Tel Aviv are very similar to the challenges and opportunities Mayor Martinez sees in his own community.

“Our traditional industries are strong, but we also have tremendous potential to create new innovations, new technologies, new companies. Israel is hosting start-ups in universities, and using many other methods to encourage the growth of new companies and development of entrepreneurs. Why not Montevideo?” — Mayor Daniel Martinez

Mayor Martinez also understands the need for city and national governments to work together to set policies that promote growth and a pro-business economic climate. In Israel, he is learning the logistics of how officials have shaped public policies to encourage and incentivize start-ups.

“How can our community and our city government help young people take the first steps towards starting a business or a company? That is why I’m here.” — Mayor Daniel Martinez

On the Fast Track to Security and Mobility in Queretaro, Mexico

Mayor Luis Bernardo Nava Guerrero plans to see to it that the people of Queretaro are not left behind in the technological age; they want greater mobility and security, and they shouldn’t have to wait ten years to get it.

From solar-powered interactive bus stops to mass transit revitalized, new technology has the power to transform cities into safer, smarter, more accessible communities for everyone.

“The people in my city care about security and mobility. I am here to learn from Israeli tech companies, from Israel, and from other city leaders. I am very pleased to be invited to attend this conference because Queretaro shouldn’t have to start from the very beginning. This is the information age and we can shorten our learning curve: Other cities are already using these new technologies with great success. So can we.” — Mayor Luis Bernardo Nava Guerrero

For the mayor of Queretaro, this conference is also an opportunity to exchange ideas and best practices with other city leaders from around the world, working together to find the promising new solutions, sharing and improving those solutions as they apply to each unique community.

Mayor Nasry Asfura is happy to be in Israel this week, chosen as one of only a handful of city leaders from around the world to participate in the International Mayors Conference annual event.

Israel has a great deal to offer to a city like Tegucigalpa, lovingly known by the locals as Teguz, a cosmopolitan capital highly interested in the tech scene and determined to capitalize on the global marketplace.

Strengthening trade ties with Israel and Israeli companies; building connections with other mayors facing similar challenges and opportunities; and exploring revolutionary new city planning technology, were just a few of the reasons Mayor Asfura came to Israel this year.

“It has been very interesting: Meeting other mayors from around the world; learning about new technology together; discovering we are facing many of the same difficulties. Despite our differences, our opportunities and our hopes for the future of our cities are the same.” — Mayor Nasry Asfura

The Fine Art of Growing the Middle Class

What does new tech and strengthening trade ties with Israel have to do with everyday life in cities half a world away in Latin America?

The road to bankrupting and impoverishing a nation is taken step by step.

Economic growth leads to the ultimate goal; an expanded middle-class.

That expanded middle-class will have predictable needs; like consumer goods, durables, houses and cars.

The increased needs of the expanded middle class will result in improvements to city infrastructure, expanded social programs and better education.

And that helps everyone.

Mayors from Latin American cities are in Israel to learn how to help every person in their communities, perhaps the poorest and most vulnerable citizens most of all.