Why are CNN and the NY Times scaring voters about coronavirus on the front page but reassuring investors in the financial section? 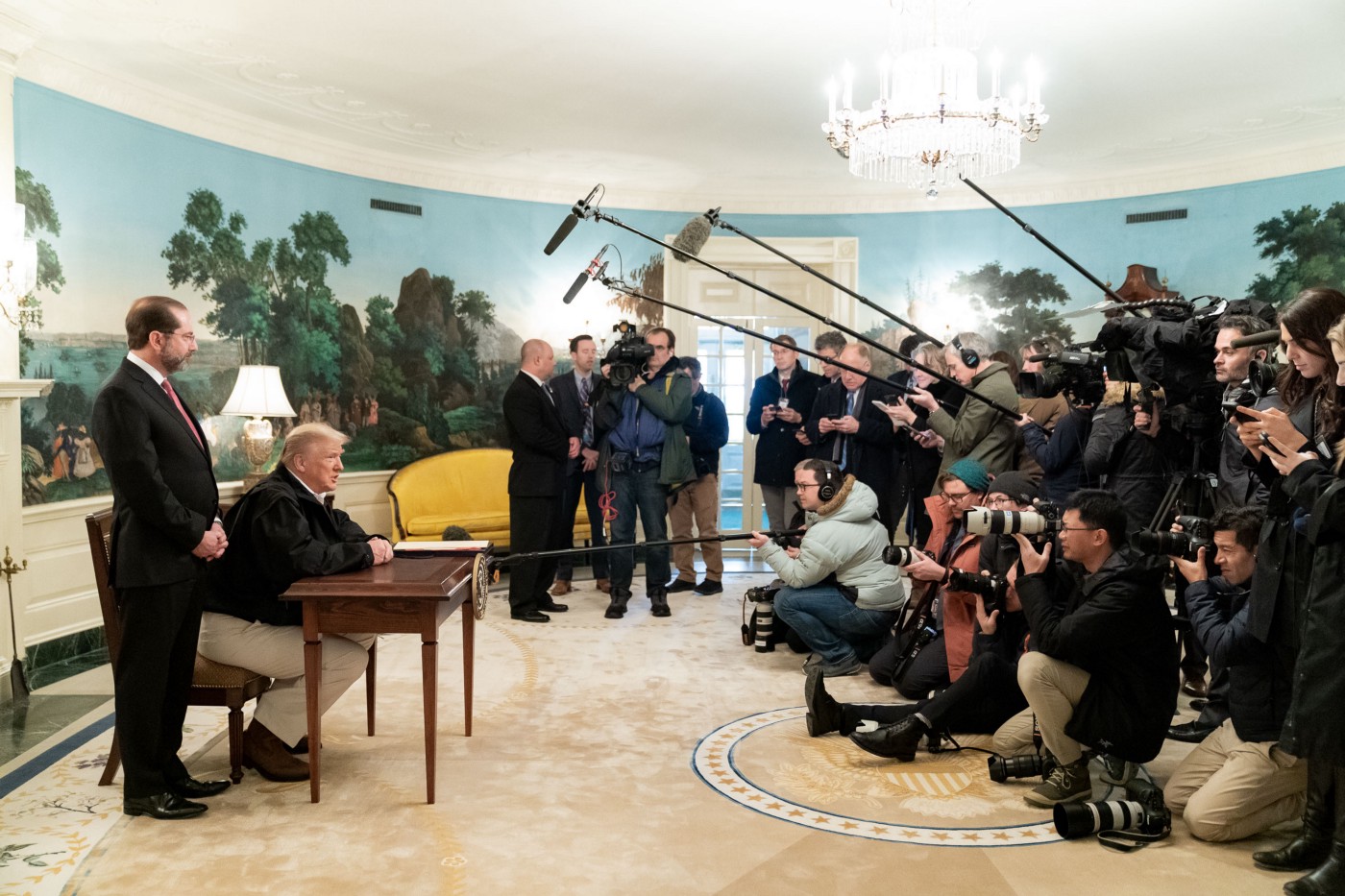 Many in the media may feel they have good reason and are perfectly justified in hitting Donald Trump with everything they have, including the insinuation that he is more evil and incompetent than anyone who has ever lived, and uniquely so at that.

But it does not hurt the Trump administration for the media to continue to assure the public that the sky is, in fact, falling; if the sky fails to fall. And it has failed to fall on Donald Trump every single time.

When absolutely none of these absurd and dire predictions comes to pass, Donald Trump emerges unscathed yet again and stronger than before.

This song-and-dance does, however, undermine the credibility of the media, who are obviously driven by much more than an altruistic desire to communicate current events to the public in a reasonable and unbiased way.

Their most obvious incentive for hyping the coronavirus outbreak is money: The ratio of advertising income to clicks and page-views.

But turning coronavirus coverage into clickbait shouldn’t be constitutionally protected free-speech. It shouldn’t be a part of a responsible press, let alone front-page, in-your-face, constant billing. It should be on-par with shouting fire in a crowded movie theatre.

Yes, panic and fear can make people click on an article better than a sober and balanced presentation of the facts. But by doing so, you are killing the goose that lays the golden eggs.

Turning every bit of news into click-bait is only half the problem. The other half is the post-Trump upsurge of activist-reporters and news writers who believe Donald Trump is a greater threat to democracy than a press so degraded, people can’t even believe the weather channel anymore.

“It’s SNOWMAGGEDON! everyone, batten down the hatches!”

Weather reporters have been caught standing is waist deep ditch water to make a flood look worse, pretending to be blown sideways to make the wind seem stronger.

We get it. You’ve got bills to pay. You need eyes on the screens; you need advertising revenues.

But there are limits in a free market economy. Capitalism has its limits.

There is commerce, and there is exploitation.

Media outlets hyping coronavirus with with all their digital and social media might in hopes that it hurts the Trump campaign and/or makes more money are perilously close to the latter.

Exploiting a worried public for money is bad. It is the equivalent of price-gouging bottled water or gasoline in an emergency. Sure, you could make a quick buck. But is that really the world you want to live in?

The people who do that during a crisis- exploit their communities and neighbors for their own gain, that is- probably profit in the short term and they have their reasons, just like irresponsible members of the media and press have theirs now for over-hyping coronavirus to sell newspapers.

They are still wrong.

Journalists who are exploiting public fears over the coronavirus in an attempt to bring down the presidential administration of a political opponent are worse than those just doing it for the money. At least the people exploiting a crisis for money aren’t telling themselves they have some good and noble reasons for doing so.

Articles blaming Trump for the coronavirus in the U.S.- ignoring the Obama administration’s somewhat worse handling of Swine Flu in 2009 and the fact that if this virus is an indictment of any government, it is the government of Xi Jinping’s communist China- are probably doing pretty great right now, click-wise.

There must be more than a few journalists who are telling themselves they are only doing this for democracy. And that any extra cash they make sticking it to Donald Trump- by sticking it to the rest of us- is just a nice bonus.

How can we be sure of the perfidy of news organizations like CNN and the New York Times on coronavirus coverage?

The headlines may be all about how Trump is bungling the coronavirus and we’re all going to die, but in the markets and money sections are telling a completely different story.

“What Should You Do With Your 401K? Don’t Panic,” Says CNNMoney. “Retiring Into Shaky Market? Think Long Term Still,” chimes the New York Times. “Economy Will Rebound Fast from COVID-19,” Forbes.

New York Times: “Stocks Plunge, Rattled by Oil Market and Coronavirus”; “Thousands of New York Students Face Shuttered Schools”; “Why the Outlook for the Economy Just Got Worse”; “For Trump, Coronavirus Proves to Be an Enemy He Can’t Tweet Away”.

It doesn’t take a genius to figure out why CNN, the New York Times and many other media outlets would want to reassure investors with one hand while scaring voters half to death with the other.

And it doesn’t have anything to do with the coronavirus.

Republicans may have done a great deal to thwart the Obama administration. But when 1,000 Americans died of Swine Flu in 2009 before President Obama finally declared a public health emergency, at least Republicans and FOX News didn’t try and incite a public panic over it in order to hurt their political opponent.