Should You Ask People if They’re Vaccinated?

If someone is immune compromised, not healthy enough for the vaccine, or pregnant, they shouldn’t feel pressured to disclose their health status. 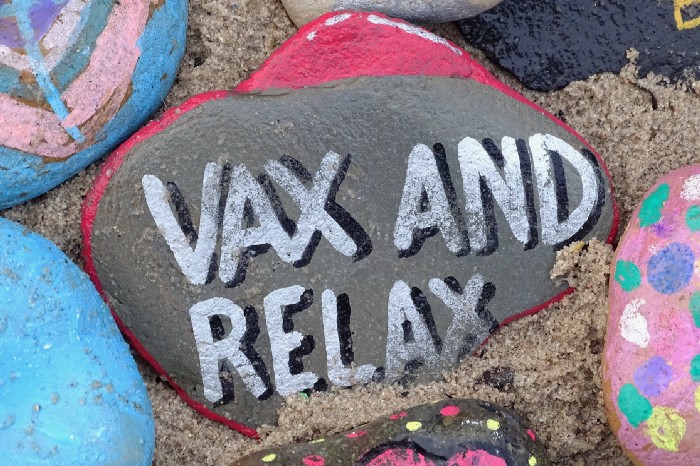 This past year has been very difficult for everyone. It’s true.

Even wealthy celebrities and tech titans, cloistered in their 20,000 square-foot compounds with every modern convenience and luxury money can buy, have struggled.

Whatever our particular walk of life, on the subject of Covid, worldwide, we’ve all had just about as much quarantining, masking, and social distancing as we can stand. Depression rates are sky-rocketing, there is a mental health crisis of epic proportions brewing in teenagers and young adults, and in the elderly population. Suicide rates are up.

Social isolation, coupled with the dehumanizing aspect of being constantly masked, and constantly seeing others masked, has been busily taking its toll on our national psyche, and we aren’t out of the woods yet.

Populations hit hard by Covid- low income neighborhoods, immigrant communities, people with disabilities- in particular are having a hard time digging out, coping with the new terrible.

We all want our lives back- our old social lives and livelihoods, but most of all, our old liveliness. We’ve missed concerts, sporting events, proms, and weddings. We’ve foregone the celebration of religious holidays, family reunions, holy festivals. We’ve nearly forgotten the pleasures of the family vacation, the neighborhood potluck, the dance recital.

Now that a vaccine for COVID-19 is becoming more readily available by the day, and light has appeared at the end of the tunnel, there is a growing realization that not everyone, for whatever reason, will elect to get vaccinated.

With this dawning horror, is a new temptation; an insidious impulse to exert as much control as possible over the populace- for the greater good, of course. Or to remain double-masked while jogging outside post-vaccination forever, which is also nonsensical and impracticable.

Whether or not employers, airlines, and even entire countries can or will require proof of vaccination to travel, access their services, or enter the country is still undecided. There are legal and civil rights considerations which have only just begun to be discussed.

On a large scale, and on a smaller one, pressure to vaccinate is exposing a critical weakness in making the vaccine a requirement to access basic goods and services, to travel or obtain employment.

Namely, that already marginalized populations will experience a level of discrimination and exclusion heretofore unknown in the modern era if these practices become commonplace.

From communities of HIV/AIDS patients, and others with compromised immune systems, the chronically ill, frail elderly, people with disabilities, those struggling with mental health issues, expectant mothers, immigrant and minority groups with an understandable distrust of institutions, there is growing concern.

“Have you been vaccinated for COVID-19?” might seem like a great interview question, for example. What if the answer is, “No, I’m immune compromised,” or “No, I’m expecting a baby”?

Will that person be hired? Or will being forced to disclose that health status hurt their chances of employment?

Will countries requiring a vaccine passport reject people with AIDS?

On a smaller scale, from a personal standpoint, it might be tempting to interrogate your friends and acquaintances about their vaccination status. Surely we have the right to protect ourselves from the unvaccinated.

You may know people who have been living with HIV in secret for a decade and they may welcome the opportunity to unburden themselves. However, not everyone will be as keen to disclose the intimate details of preexisting health conditions.

Protection from the anti-vaxxers, the vaccine-scoffs, is the goal, but it is an impossible dream, a mere illusion of control.

In truth, we have no control whatsoever over the behavior of other people.

Control over ourselves is about all the best of us can muster, if we’re honest with ourselves. Even control over our own immediate family members is a stretch, as anyone with family members can tell you. We might have a wee bit of influence in our communities, at our jobs, with our friends, at our places of worship.

We have long shared our nation, our neighborhoods, and even our very homes with people who act in reckless ways they shouldn’t. In spite of there being laws against it, people still drive drunk, speed, abuse drugs, steal things and kill people.

The world outside, if we can but remember it, was never safe from disease, or from bad decisions. Every person who chooses to interact with another person, be they in the grocery store or at a concert, takes a risk. The bigger the city, the bigger the risk.

Doing so at the risk of marginalizing others- intrusively prying into private health details, and putting those details at risk via a digital health status passport- will not raise rates of vaccination. Quite the opposite.

Whether or not someone gets the vaccine, however inconvenient it may be for the rest of us, is ultimately between them and their doctor.

At this time, there is still very limited data about some groups as it pertains to the vaccine. Some studies have included the immunocompromised and pregnant women; some haven’t. More information may become available in the future. Even then, someone’s decision to vaccinate is a personal medical decision.

Not a decision by internet committee or popular decree.

There was a time when people really wanted to know who in their community had AIDS. In the best interest of the community and public health, some argued at a time when the AIDS crisis was at its biggest and scariest, HIV and AIDS status would need to be publicly disclosed.

If HIV patients had been forced to disclose their status- say, in order to buy gas or board an airplane- would that have improved the lives of people living with HIV? Definitely not.

Would publicly identifying, or better, making HIV testing mandatory, have prevented the spread of HIV? Unlikely. It is more likely to have driven AIDS patients to avoid medical care completely, for fear of being publicly outed.

There is also the question of what role the federal government and corporations, should, or even can, play in protecting public health from deadly infectious diseases.

Though our own Dr. Anthony Fauci once posited that an AIDS patient could pass the disease to their spouse by simply being in the same room, in the end, people with HIV and AIDS were not forced to disclose their health status to the world at large.

Instead, the onus was placed on individuals. People’s medical health data is their business; protecting your own health is yours.

As the seminal writer Bari Weiss recently put it, “get vaccinated,” (if possible) “then relax”. You’ve done all you can. No use agonizing over other people’s personal health decisions: “Here’s what you can do instead: Mind your own business.”