Should the Covid-19 Surge Stop the Mass Protests?

Democratic coffers are brimming, meaningful change is happening; there has also been an alarming increase in coronavirus cases. 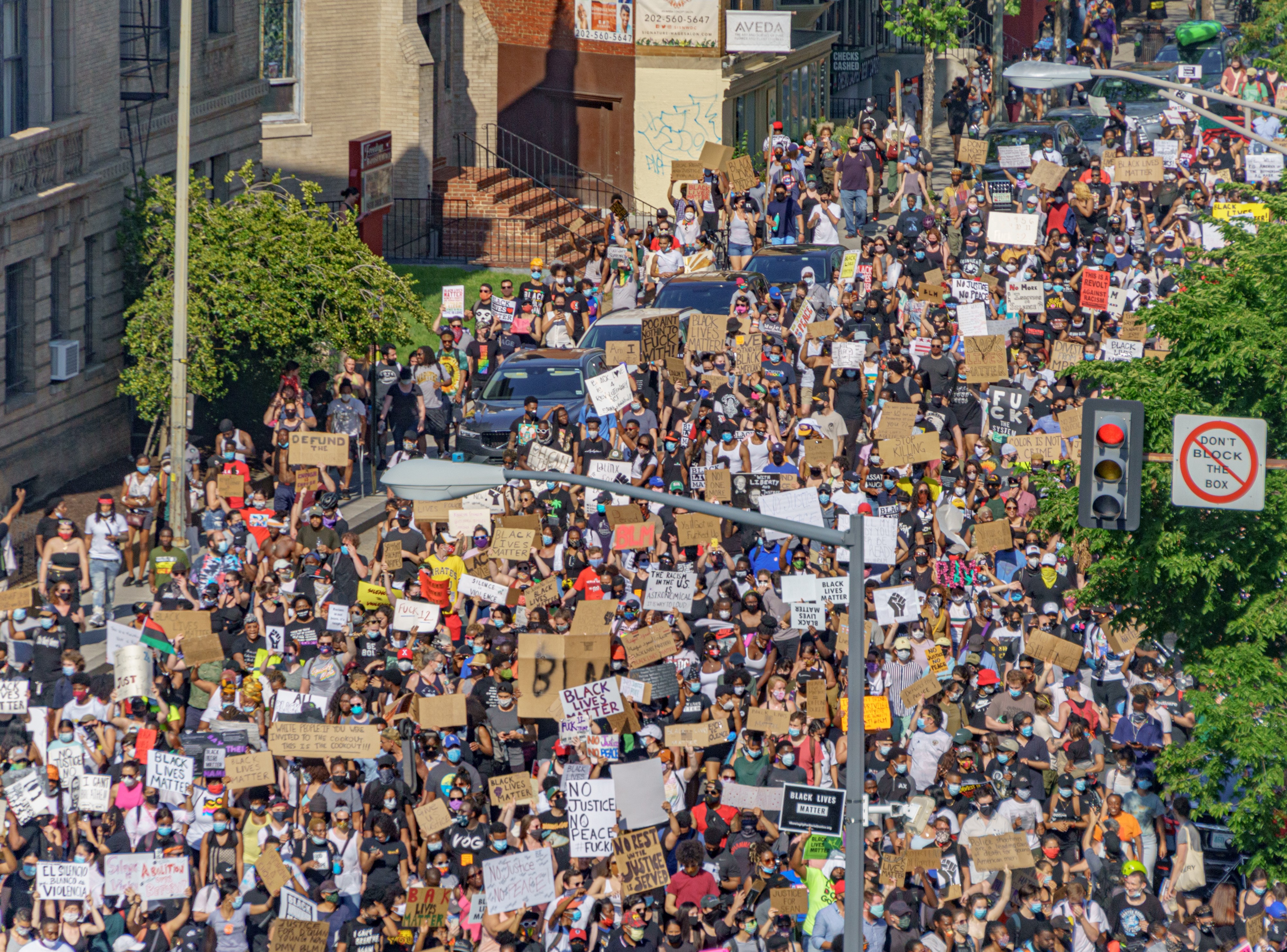 Thousands of people have poured into the streets all across the United States and globally to protest police brutality in the wake of the horrifying death of George Floyd.

The timing, considering that the U.S. and the rest of the world is in the midst of a deadly pandemic, is somewhat inconvenient.

Unsurprisingly, the COVID-19 pandemic has received overwhelming coverage from the major media outlets in the last few months. Politicians, public health experts, companies and celebrities have instructed us over and over to stay home and social distance to prevent the spread of COVID-19.

Until a few weeks ago, these same authorities were still reiterating the messages, strongly and in unison, urging Americans to take every precaution to stop the spread of COVID-19, especially to avoid large gatherings. Facebook even banned any events that threatened to violate social distancing orders.

Abruptly and completely, news coverage of COVID-19 was replaced with coverage of the mass protests concerning the death of George Floyd.

This was somewhat surprising, considering the unfortunate tendency of mass media to ignore it when African-American people- or anyone else-is killed by police.

Police violence is a leading cause of death in some U.S. demographics; it has been for years. If you are a young Black man in America, you have a 1 in 1,000 chance of being killed by a police officer, a grim likelihood that decreases statistically the longer you manage to stay alive.

The New Scientist estimates today that U.S. police kill up to six times more African-American people than they do white people.

1,098 people were killed by police in 2019. In contrast, 48 police officers were killed as a result of felonious acts in 2019. Police kill about a thousand people every year, far more than in any other industrialized nation. There were only 27 days in 2019 when the police did not kill someone.

99% of killings by police between 2013 and 2019 resulted in no criminal charges for the officers involved.

The main difference in the George Floyd case was, of course, the shocking video footage of the incident. But police brutality has been a problem since long before the Rodney King riots of the 1990’s, as any African-American parent of teenage sons can tell you.

The conversation this video and its aftermath have thrust upon society is long overdue. The cause of the protestors is righteous and just. The Black Lives Matter Movement, relegated to the fringe since 2015, has roared into the forefront of the American consciousness and become a household name.

The protests have worked in other ways, too.

Politicians, corporations, organizations and individuals who erstwhile were not at all part of the quest for social and racial justice in America have joined the fight. Many are falling over themselves to demonstrate their newly forged commitment to anti-racism.

According to a NYTimes article, “As Protestors Flood Streets, A surge of money flows to democrats, bail funds and progressive charities: Sunday was the single biggest day on ActBlue in all of 2020- topping Super Tuesday, debate nights, Biden’s revival in S.C.”

Act Blue is a nonprofit technology organization that enables Democrats, progressive groups, and left-leaning nonprofits to raise money on the Internet. ActBlue processed more than $60 million in donations in a single weekend, a clear sign that the energy spilling into the streets nationwide is also being matched by a wave of money for Democratic causes.

Both political parties and two branches of the U.S. federal government are preparing, even now, to thrash it out over a criminal justice reform bill and the only real questions are how far they can go on the federal level and how much must be done at the state and local level.

With this surge of success for the Black Lives Matter movement, with this outpouring of national grief over George Floyd, has come something else.

A resurgence of COVID-19.

No one is happy to be facing this. While COVID-19 deaths are still steadily dropping, as they have been for weeks, it is difficult to contemplate the sudden increase in new cases with equanimity.

Preliminary, incomplete data about the rates of infection from some of the earliest protests, including those unrelated to George Floyd, and from the in-person voting which took place, is somewhat encouraging. There doesn’t appear to have been much traceable spread in any of the early cases.

Experts are also estimating that over 20 million Americans might have already been infected with COVID-19. If true, this would bring the mortality rate still lower than the lowest recent estimates.

But the data, of course, is incomplete. And if our scientific and public health experts have proven anything during this crisis, it is that they are, by no means, a machine of consensus or infallibility.

Though contact tracers in many new hot spots have been forbidden from asking anyone being tested if they have been to a protest- contract tracing data has already been used by police departments to track down people who committed theft, arson or vandalism during the protests- it is impossible to ignore the implications to the mass protests in the new COVID-19 resurgence.

Pretending the mass protests played no role in the recent spread is disingenuous, if not outright impossible.

After all, major media outlets and medical experts carefully highlighted social distancing concerns and the risk of spreading COVID-19 during the demonstrations against the stay-at-home order and restrictions.

If the protests continue unabated, it is difficult to predict where the most recent resurgence might end. There is still a great deal experts do not know about the novel coronavirus; there might never be a vaccine or a cure.

It might be time for major media outlets and public health experts to remind the public trust about the dangers of COVID-19; another nationwide shut down would bring legislative progress on policing reform to a screeching halt, if nothing else.