Should Democrats Risk Turning Sanders into a Progressive Martyr?

The Democratic Party’s attempts to thwart Bernie Sanders might backfire spectacularly and win even more votes for the cause. 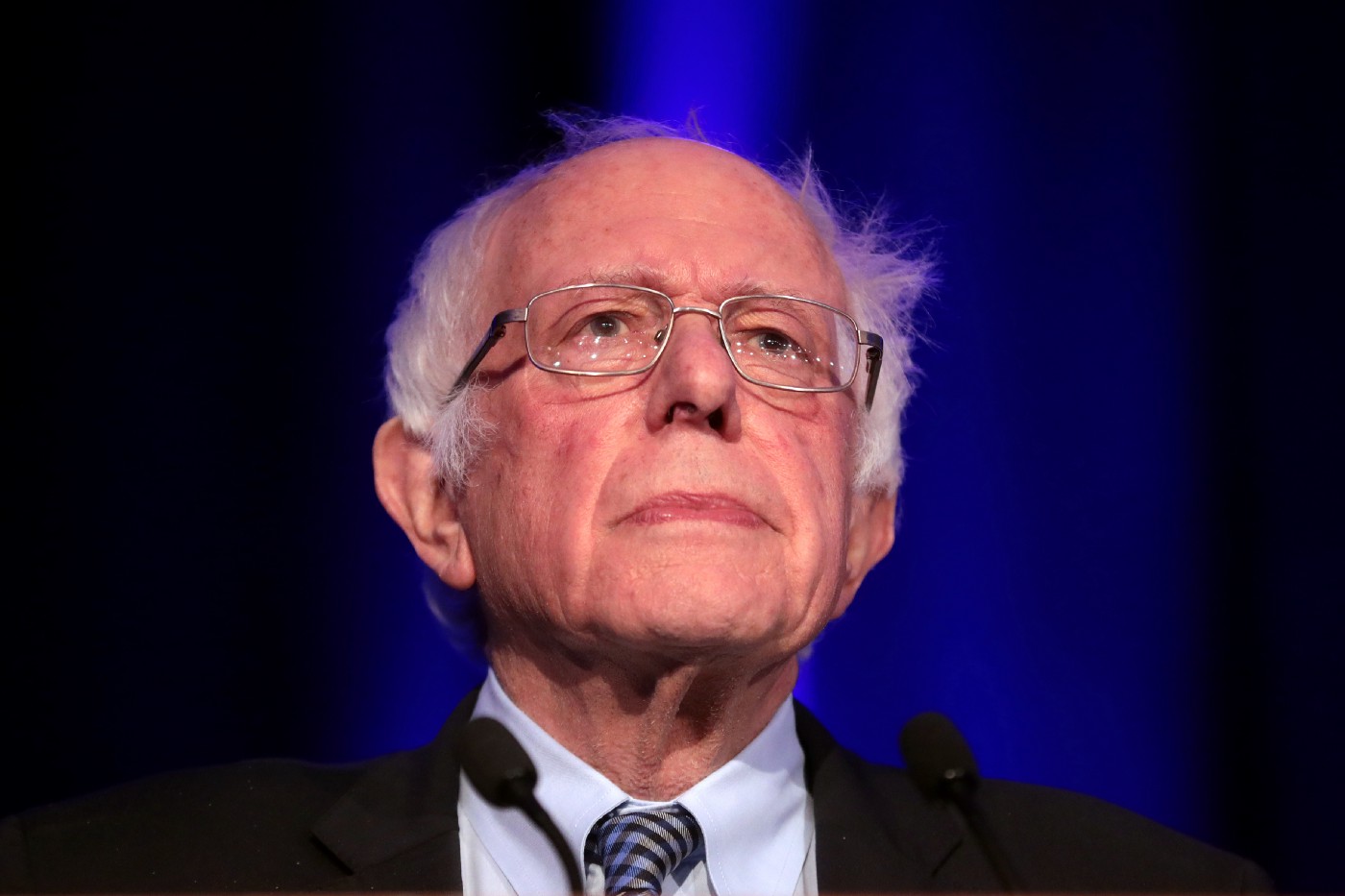 “Despite what the political establishment wants you to think, running a campaign of, by, and for the people isn’t a weakness- it’s our greatest strength. Together, we can prove it.” — Sen. Bernie Sanders, Twitter. March 2, 2020.

Whether Democrats like it or not, Sen. Bernie Sanders- that socialist firebrand and progressive lighting-rod from Vermont- is currently leading in the race to become the Democratic nominee for president this Super Tuesday.

It is quite possible that Sanders alone has the momentum, the excitement, the money, and the massive coalition of supporters necessary to bring the fight to Donald Trump in November.

Whether Bernie Sanders will get that chance, however, may not be determined by the strength of the Sanders campaign, the size of its coffers or the overwhelming enthusiasm of its supporters. It might not even be determined by who gets the most primary votes.

Powerful forces are at work within the Democratic Party. And these forces are determined to stop Bernie Sanders from becoming the nominee at any cost.

“They’re nervous that we are prepared to take on the fossil fuel industry to try to save this planet. They’re nervous that more and more Americans understand that health care is a human right, not a privilege. So, it doesn’t surprise me, alright?” — Sen. Bernie Sanders

Sanders may be right about the target on his back.

Not only have Democratic superdelegates expressed their almost unanimous support of Joe Biden in the past few days, prominent Democrats are already priming the public on the possibility of a complicated brokered convention.

If the Democratic Party obscures the process and denies the nomination to Sanders, are Democrats prepared to deal with the fallout?

Deny Sanders the nomination and the Democratic Party risks turning Bernie Sanders from a folk hero to a martyr burned in effigy by a terrified mob fearful of progressive ideology.

In that case, a million more Bernies would rise to take his place.

That is if, as Bernie Sanders supporters promise, Trump beats the establishment’s chosen candidate Joe Biden in November.

“A brokered convention is a gift to Donald Trump. Joe Biden, right now, is a mercenary for Donald Trump. Maybe we should be asking why the Democratic Party is allowing this to happen, and if their intention is really to win the election.” — Nomiki Konst, Sanders surrogate

In the aftermath of Joe Biden’s robust win in South Carolina, most of the remaining center-lane candidates in the race have not only dropped out, but have immediately endorsed Biden.

“I’m delighted to endorse and support Joe Biden. He is somebody of such extraordinary grace and kindness and empathy.” — Pete Buttigieg

“He [Joe Biden] can bring our country together and build that coalition of that fired-up Democratic base as well as independents and moderate Republicans. Because we do not, in our party, want to eke by with a victory. We want to win big.” — Sen. Amy Klobuchar

While Tom Steyer hasn’t yet endorsed anyone, Beto O’Rourke is back in play after his glowing endorsement of Biden.

It is difficult to imagine Bernie supporters going quietly into that good night, should their champion be denied the Democratic nomination in favor of a “safe” electability bet for a second time.

Joe Biden, and his presumptive Hillary-Clintonesque electability, is proving a tough sell for many voters in the Democratic Party tired of the status quo and desperately hungry for change.

Joe Biden has always been a gaffe machine, but he is worse now than ever he was. Any candidate would come-off as slightly unhinged when shouting at reporters, or calling a Town Hall attendee a “dog-faced pony soldier” or challenging an aged Democratic detractor to a push-up contest.

Biden also has a corruption problem. His fundraising has been anemic, there is virtually no excitement for his campaign and he hasn’t been running it particularly well. Biden’s debate performances, and lack thereof, have also been presenting a problem.

Of course, while the Democratic Party is busily making plans and laying groundwork to stop Bernie Sanders, and the Sanders campaign is complaining about it, with voters being buffeted about in the middle, there is always the elephant in the room.

It is the “X” factor in every Democratic plan, the fly in every ointment, the reason you can’t just play your hand in poker and expect to win; the reason no battle plan survives contact with the enemy.

The reason everyone has a plan until they get punched in the face. 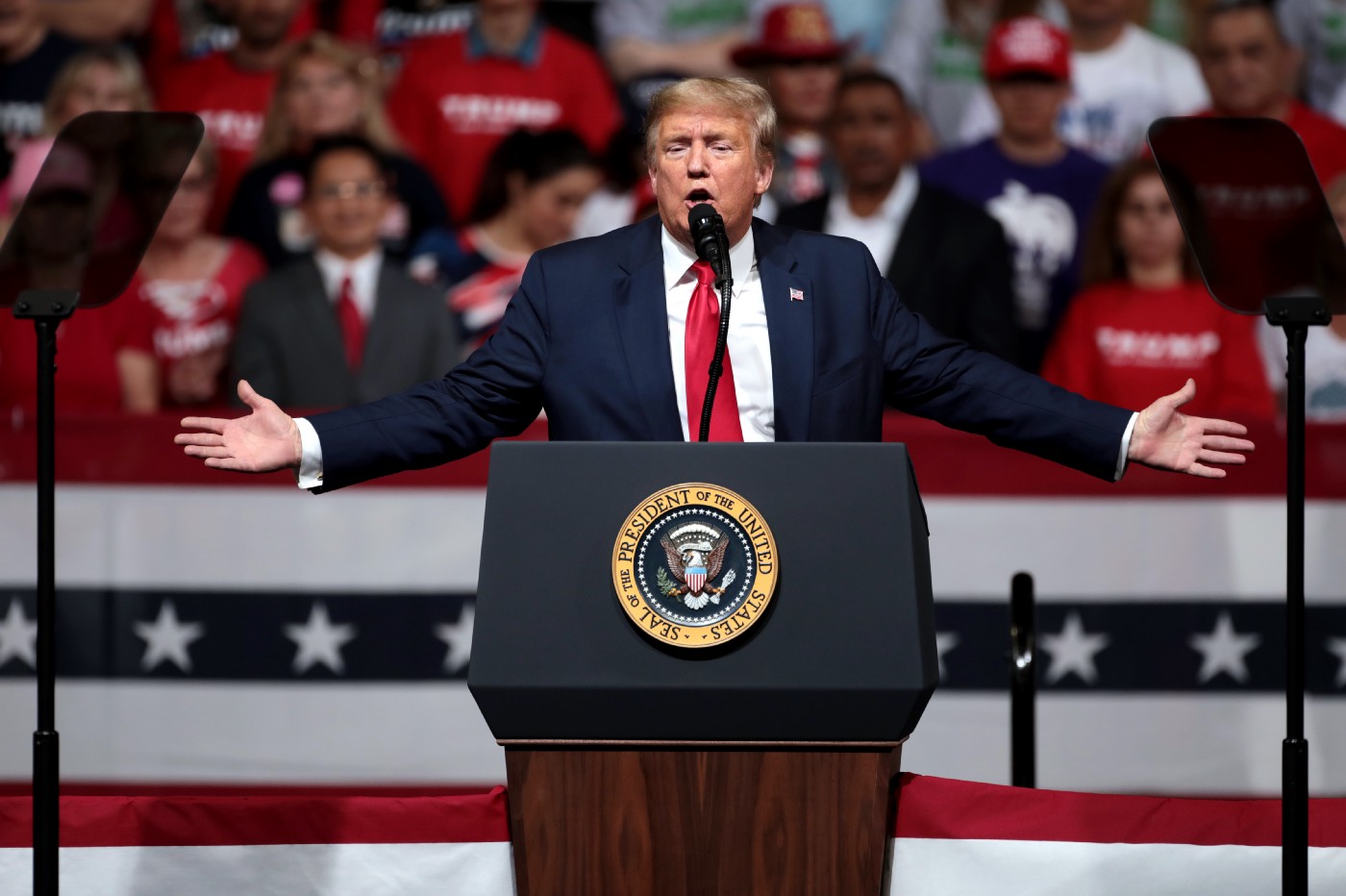 Even if and when the Democratic Party marshals its remaining strength and unity to eventually crowd behind one standard-bearer, Democrats will still have to face the massive, fabulously wealthy, absolutely united Trump campaign machine which is bearing down upon them even now.

The biggest question on Super Tuesday:

Will Democrats be facing him together?