(Or Happy Independence Day, if you prefer.) 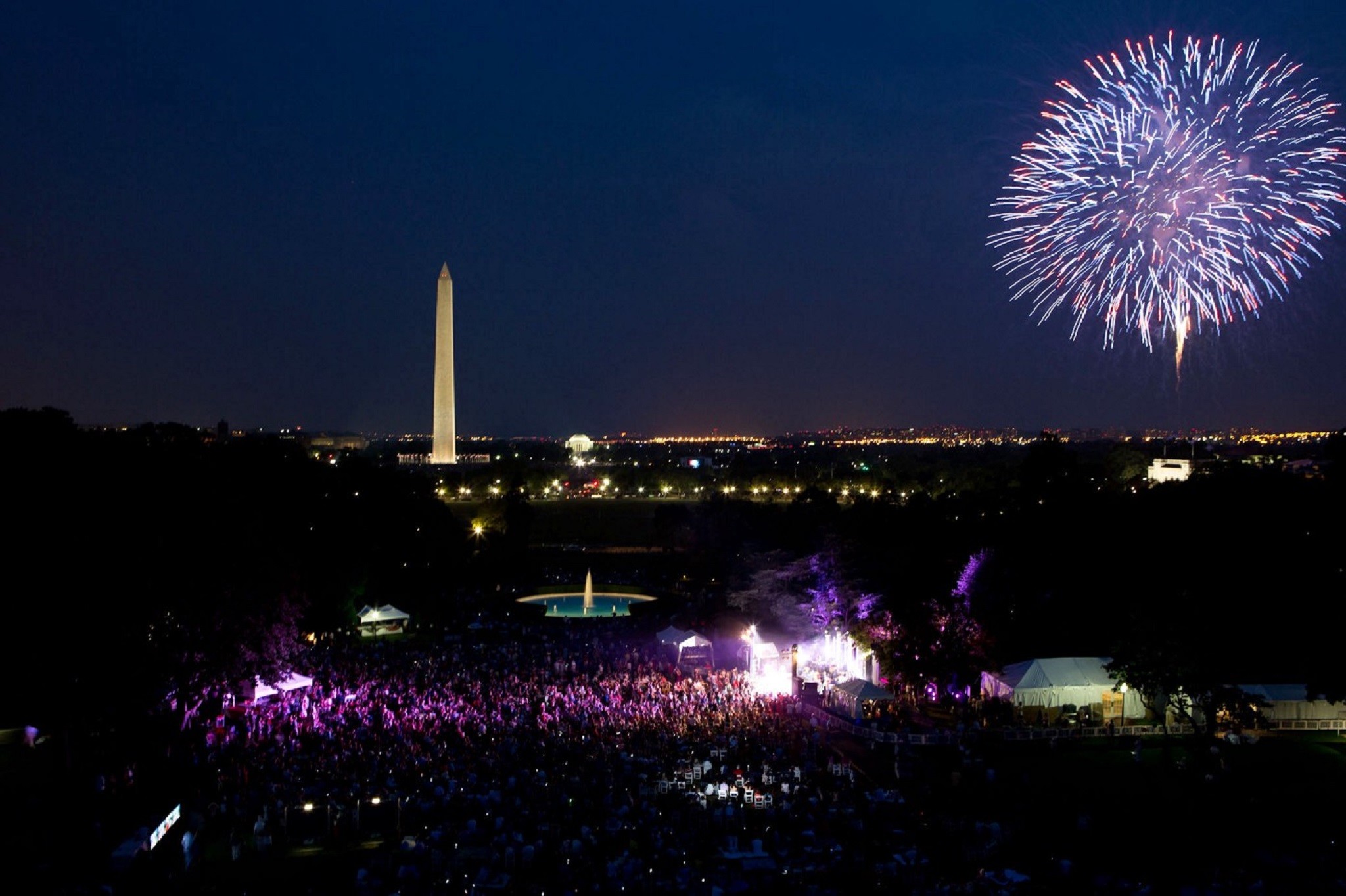 A crowd watches the end of Brad Paisley’s performance on the South Lawn of the White House as fireworks erupt over the National Mall, July 4, 2012. (Official White House Photo by Pete Souza)

They mentioned no plots or targets specifically, but the FBI, the Department of Homeland Security and the National Counter Terrorism Center issued a ‘Domestic’ terror warning in a joint announcement this week.

Independence Day, and with it the symbolism of American patriotism, is a popular target for enemies of the U.S., and it isn’t hard to see why. Few topics bring up such intense feeling in the American electorate these days, either. Patriotism is now a polarizing topic in the U.S.

One person’s patriotism is the next person’s nationalism. Patriotism, in some circles, is so deeply out of vogue it is about as welcome at a cocktail party as an open profession of deep religious faith.

This Independence Day falls amid swirling low-level controversies like the one involving Colin Kapernick, Nike and a recall of special edition shoes bearing the Betsy Ross Flag. It also falls during a time marked by the deep mistrust with which the American progressive left views any White House plans.

Into this highly-charged political climate, Trump’s co-opting and expansion of the usual Independence Day celebrations on Washington, D.C.’s National Mall is causing consternation and evoking near total condemnation from the left.

And near total celebration from the right. 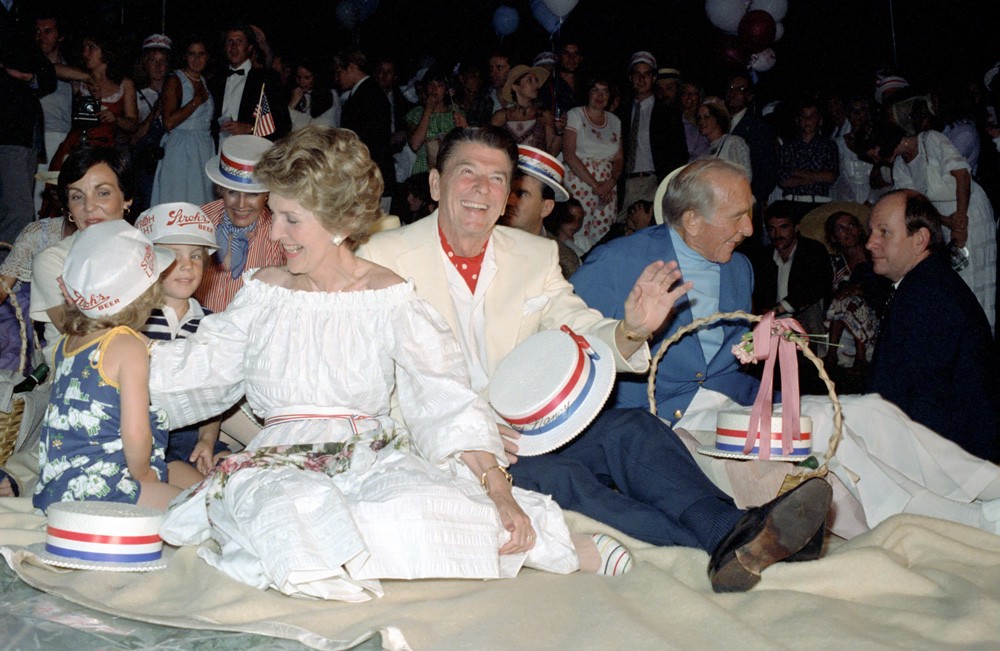 Ronald Reagan and Nancy Reagan, with Earle Jorgensen, Caroline Deaver and Mike Deaver, watch the fireworks at the July 4th Independence Day Picnic on the South Lawn of the White House. 7/4/81.

“Don’t panic,” the U.S. Army said in an announcement about the planned Fourth of July festivities, which are much more than just a parade, or even your average Trump campaign stump. Trump’s “Salute to America,” is apparently featuring tanks, other armored vehicles, and a flyover.

His critics object to Trump’s celebration, which is taking place today. They don’t like open display of U.S. military prowess and they are embarrassed by such a wanton celebration of all things all-American.

This is one of the many ways in which the American progressive left and the conservatives in the Republican Party are diverging in fundamental, basic ways.

Ways that really don’t matter all that much.

Like whether or not Nike can successfully monetize the history of the Besty Ross American flag by slapping it on a bunch of overpriced, over-hyped shoes made from environmentally-unfriendly leather, packaged in excessive packaging and produced using exploitative manufacturing processes.

Aside from Nike stakeholders, who really cares? 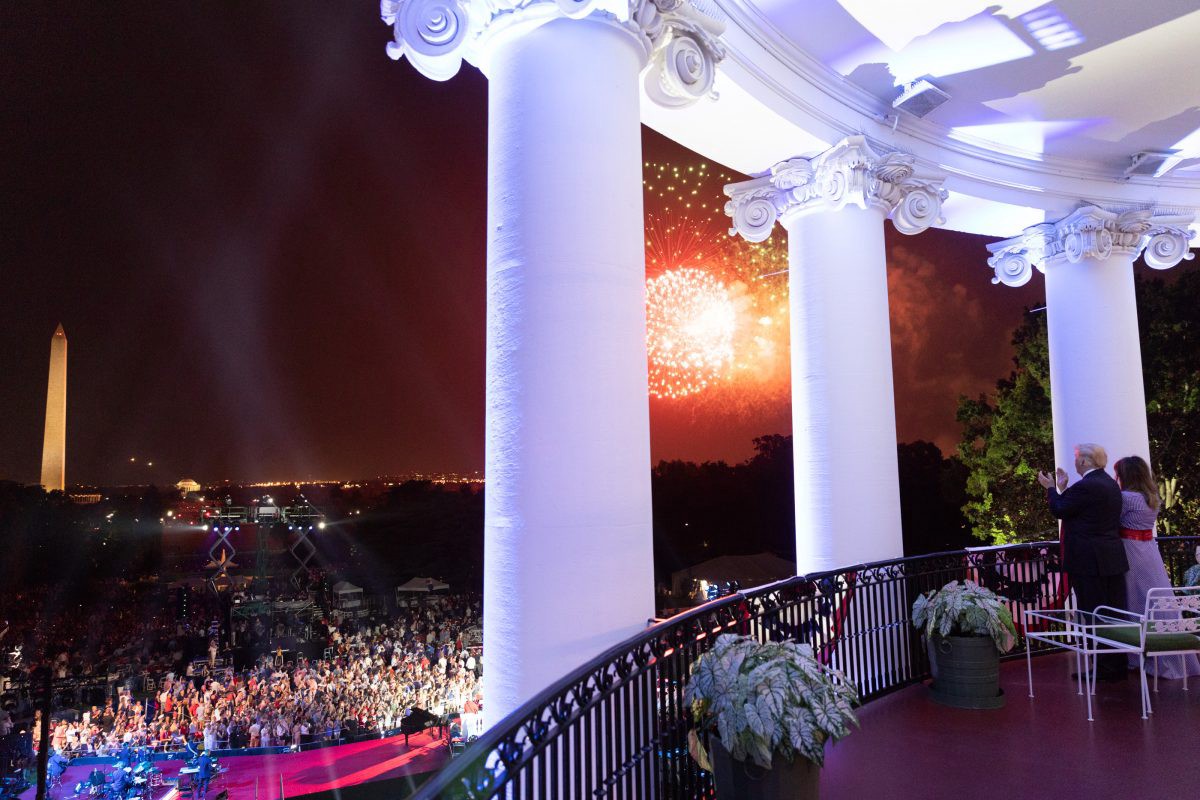 The only problem patriotic Trump supporters, and American conservatives have with today’s enhanced Fourth of July festivities, is that Trump didn’t give them more notice so they could have planned their vacations around it. People have jobs.

It may not be popular, but some people living in the United States today genuinely love their country.

What’s wrong with that? Let them have their fun. Let people enjoy things. Not everyone agrees on what constitutes entertainment and a good time. A basketball game, I understand. Nascar? Never.

Patriotic Americans and/or Trump supporters don’t hate other countries; they just love America. What’s wrong with that? The U.S. is certainly far from perfect; loving your country doesn’t mean you can’t also want to change it for the better. To patriots, loving your country is the best reason to improve it.

If Trump wants a ticker tape parade on the Washington Mall, I can think of worse ways to use a tank. Some of us personally would disappear every tank, fighter jet, bomb and nuke off the planet and into a poof of harmless army green smoke, if given a magic wand. But barring that best-case scenario, a parade joy-ride seems relatively unlikely to end in loss of life.

Faith and patriotism are two things politicians on the progressive left won’t touch with a ten-foot pole. This is a mistake. Plenty of voting Democrats consider themselves patriotic; plenty of voting Democrats are people of faith. By refusing to engage with these ideals, the progressive left leaves the field open for Republicans and conservatives to exclusively define them.

Patriotism doesn’t always appear where progressives might expect it, either; some of the most virulent haters of America are wealthy, white kids who use their plethora of benefits from the system to protest the system.

On the other hand, some of the most patriotic people in the U.S. are first-generation immigrants, and many love their adopted nation with a unique ferocity. Of course it isn’t perfect; but to many who fled worse places for the U.S., it is much better than the alternative, be it a warn-torn homeland, a refugee camp, or deadly religious discrimination and persecution.

Many immigrants to the U.S. maintain a deep love for the nation of their birth, as well as for their new one: You can love more than one country.

The American left needs to reevaluate it’s position on patriotism, and call their difference of opinion with conservatives on the matter a nonessential question of tomato tomaato.

If you can’t beat ’em, join ’em. Don’t like military parades? Don’t go to one. Turn the channel. Those Americans who prefer the softer side of patriotism can tune into high-definition streaming video of bald eagle nests, in such vivid detail that the viewer can discern individual baby bird eyelashes.

Remember U.S. veterans suffering from PTSD, pets and wildlife don’t like fireworks, so please be respectful. And however you celebrate, or protest, please do so safely and lawfully.