Saving the Planet, One Shark at a Time

“Ultimately, all life on Earth depends on the health of the oceans,” said the co-sponsor of a bill to reduce shark finning. Why is this small step so crucial? 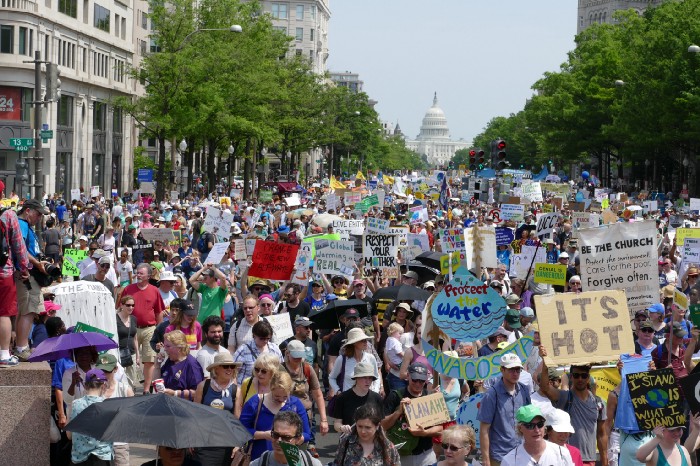 In Washington, Republicans and Democrats seldom agree about anything. Even when there is common ground about what needs to be done, opinions differ, and wildly, about how to do it.

As the great Kurt Vonnegut once opined, we should look in askance at anyone who gazes out over a big group of people and thinks, “you know who would be great to be in charge of all these people? Me!”

Sometimes, however, the answer of “me” comes in response to a different question, one Vonnegut didn’t mention.

Evil exists in the world, inequity, cruelty and injustice, too.

Someone has to do something about it.

And to that question, many of our elected leaders- though certainly not all- answer, however grudgingly, however resignedly, quietly and purposefully, if less emphatically: “Me.”

Without these tireless public servants, we would have no environmental regulations to speak of at all. We’d still be living in the bad old days of industrial waste dumped directly into waterways and pumped into the air, with no regulatory oversight whatsoever.

Without elected officials determined to do something to right the injustices of this world, we’d have no child labor laws, either- no Civil Rights laws, no laws protecting workers.

There would be no laws regulating food safety. Our water would be undrinkable, our cities unlivable, our economy non-functioning, the dollar worthless.

To do their important work, politicians frequently put aside differences. At the end of the day, voters expect progress. They expect responsive leaders who respect the public trust. Voters want representatives determined to leave the country, and its people, better off than they found it. Not just for this generation, but for the next.

On the subject of preventing cruelty to animals, certainly not as in vogue as other injustices and environmental concerns, Republicans and Democrats are quite often willing to lay aside any political differences to address the problem in its many facets.

From outlawing the barbaric practice of show-horse soring, to making animal cruelty a federal felony, some of our elected leaders have been working to address the concerns of environmental and animal rights activists.

“Today, @Kilili_Sablan and I introduced the bipartisan Shark Fin Sales Elimination Act, which would ban the buying and selling of shark fins in the United States,” announced U.S. Congressman and lead Republican on the House Foriegn Affairs Committee Michael McCaul (TX) last week on Twitter.

“The act of shark finning,” McCaul continued, “cutting off the fin of a shark and then discarding the maimed animal, often still alive, back to sea- is illegal in the U.S. However, these wrongly obtained fins are still imported and exported on American soil, which serves to legitimize the unethical trade chiefly responsible for sharks’ declining populations.”

A report published by an international team of scientists in February did indeed raise new alarm about the ocean’s population of sharks and rays. A vital part of the ocean’s ecosystem, these populations have been under threat for years from overfishing, shark-finning and other environmental malpractices.

Now, it seems that since 1970, the population of sharks and rays has plunged 70%. Numbers are approaching the point of no return.

“I would say certainly climate change is going to have some negative implications, but those are coming on the horizon,” said Sonja Fordham, president of Shark Advocates. “And overfishing is here right now. It’s been here for decades.”

“Every country can do better,” Fordham says. “One of the simple lessons is that relatively basic safeguards that aren’t always perfectly implemented can really help save sharks and rays.”

“The strong, bipartisan support for this legislation sends a clear message that we have to pay more attention to protecting the Earth’s oceans and the life within those oceans. Banning the sale of shark fins to help end this wasteful and cruel practice is important, but just a small step on the way to giving the oceans the full respect they must have in federal law.”

“Ultimately, all life on Earth depends on the health of the oceans,” Sablan concluded.

While cruelty to animals, shark finning for example, may seem like a minor problem in a world as beset by trial and tribulation as this one, such isn’t quite the case.

It was the earliest members of what we know today as the Humane Society who lobbied, successfully, for the first U.S. laws against child abuse and neglect.

Humane Society volunteers, in their first investigations into animal cruelty cases, often found what the Humane Society still finds today: In households where animals are being abused, children are often in dire straits as well.

Animal cruelty, under the Trump Administration, though it got little attention at the time, was elevated to a federal felony, complete with a national, searchable, registry and database for tracking offenders.

These laws are about far more than protecting animals from human cruelty. Law enforcement has learned an irrefutable truth over the past decades of studying violent crimes and the people who commit them:

People who hurt animals also have little regard, as one might imagine, for the environment. It isn’t psychopathology that drives some of the most egregious cases of cruelty to animals, either.

Often, it is profit.

This isn’t the fishing of our forefathers. It isn’t a cottage industry in a long-term, symbiotic relationship with its environment, and therefore, invested in not destroying it with overfishing. This is exploitation by over-industrialization, and environmental devastation on a global scale.

For these reasons and many others, many environmentalists insist that saving the planet from the destruction wrought by human beings involves far more than addressing the perils of climate change.

We also need to reduce wildlife habitat destruction worldwide and address the massive amounts of single use plastic waste we are generating, for a start.

With the bipartisanship, leadership, and commitment recently demonstrated by Reps. McCaul and Sablan, the environmental picture worldwide is growing a little brighter.