The U.S. media’s industrial-entertainment complex has a bad habit of chewing up talented kids and spitting them out. 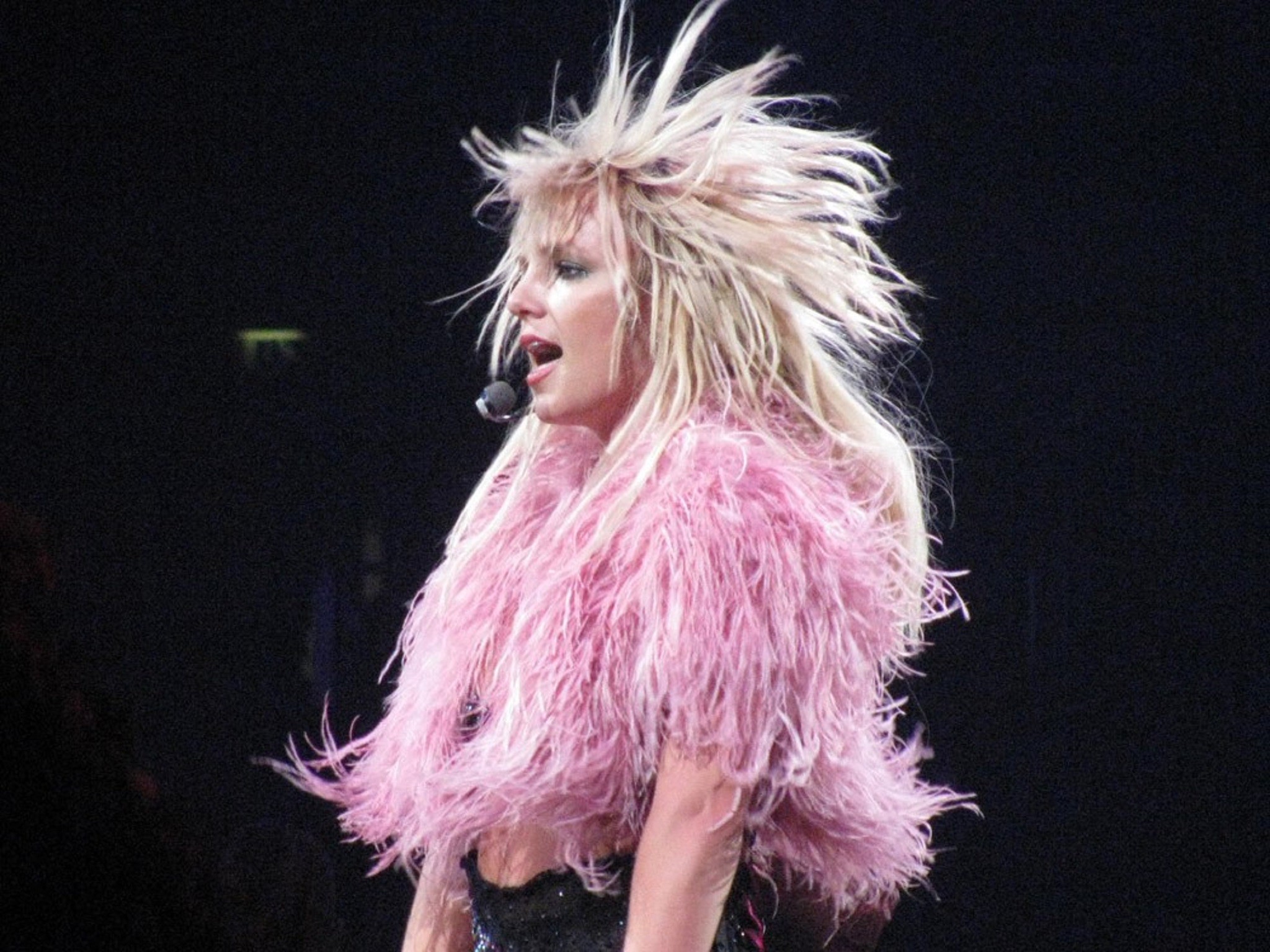 North Korea isn’t always right. Who are we kidding, North Korea is almost never right. But when they are, when one acerbic outside judgement from a brutally oppressive communist regime that tortures, enslaves and starves thousands of its own people, hits home…it really hurts.

Kim Jong Un once claimed that the U.S. killed Michael Jackson. He says we killed Whitney Houston, too.

He’s right: We did. And now we’re trying to kill Britney Spears.

Michael Jackson was a sick man. How to tell? One look at him. Any person who would have that many major cosmetic surgeries is obviously suffering from a mental illness of some kind. That is a form of self-mutilation, clearly a cry for help.

We didn’t care. His industry let Jackson do whatever he needed to do, whatever he needed, including whatever hardcore pharmaceutical drugs, surgical self-mutilation, and anything else, Jackson needed to keep going, keep performing, keep making music, keep those delicious golden goose eggs a-laying.

For that, Jackson could have anything he wanted and a partridge in a pear tree. And a pet chimp.

And we kept buying it.

Now, we know a little more about just who Michael Jackson really was. Kim Jong Un is more than absolutely right; we did kill Michael Jackson. But we let him abuse little kids first.

I didn’t watch the recent Netflix documentary “Leaving Neverland”. By the time that film was released, it had been years since I was able to really enjoy a Michael Jackson tune. Not that I went out of my way to avoid them, nor could I. I never stood up and demanded someone change the channel when one of his songs came on the radio, even the most retrospectively troubling songs like “Man in the Mirror” or songs that involved putting Jackson in direct proximity to children’s chorus members.

I never wrote the radio station, the car companies that used his songs in their commercials. I never complained.

But once I found out about the extensive FBI file on Jackson a decade ago, I just couldn’t add “Billie Jean” to my playlist anymore. Why listen to things that provoke bad feelings? “P.Y.T.” is still just as catchy as ever. But “P.Y.T.” stands for “pretty young thing”. Considering what we know now, not very groovy at all.

More people may feel the way I do now, since Leaving Neverland, but the facts about Jackson have been an open secret for years and were, excuse me, as plain as the nose on his face. He was sick. Obviously. He needed help and he never got it, because him getting it would have meant bringing the Michael Jackson (TM) gravy trail to a screeching halt.

That he was mentally ill doesn’t in any way excuse what he did, or, because he has not been convicted in a court of law in these cases and as such still retains the presumption of innocence, what he is alleged to have done.

On the contrary, this is a widening of the indictment to include not only Jackson, but every industry insider who turned a blind eye to a mentally ill man being quite literally tranquilized within an inch of his life with a cornucopia of dangerous psycho-pharmaceuticals and set loose like a wolf among the lambs.

The indictment includes us, because we bought it.

The surgeries alone were enough to warrant an intervention, the strange and sometimes dangerous public antics with his children, the rumors, and then, the accusations.

Michael Jackson never got the help he needed and it ultimately killed him. And because his industry protected him, and we kept buying his music, children suffered. It was all a big, smoky fire that could be seen practically from space. For money, albeit a great deal of money, we all allowed it to continue.

We killed Whitney Houston, too. Anyone who watched even a single episode of the reality television show that attempted to document the real, everyday lives of Whitney Houston and her husband, Bobby Brown, could easily see that Houston was desperately in need of professional help, drug counseling and serious treatment. That was what made the show so entertaining, duh.

Whitney wasn’t the only one either. Amy Winehouse, Kurt Cobain: Their talents were too extraordinary, the risk of alienating them so great, that it couldn’t be risked. Billions of dollars were on the line.

Or, as these stone-cold executives must tell themselves as they try to sleep at night, thousands of people’s lives and livelihoods depended on the cash machine known as Michael Jackson, or Whitney Houston, or Amy Winehouse.

All the other parts of the cash machine may be fine, well oiled; but without the star power, the motor, no one is going anywhere. And neither is the motor.

And that’s the idea.

When Britney Spears lost conservatorship over her own estate a few years ago, that was the best time to give her the help she needs. Now is the second best.

Currently, she is in the midst of yet another breakdown crisis, the latest in a long line of well-documented personal crisis that have left her at times an inpatient in a hospital, posting bizarre videos online or taking her boyfriend out on a date.

Britney Spears, like Whitney Houston and Amy Winehouse before her, is not ok. As a nation, collectively, we must turn away and allow her to get the help she needs free of our prying eyes. She must not return to her slated performances in Las Vegas.

Is it a financial sacrifice by the entertainment industry to pull the plug on Britney?

To say otherwise is to demonstrate an outstanding lack of imagination. Which considering the number of infinity franchises and remakes lately might not be far from the mark.

In the short term, releasing Britney from any and all contracts, and any pressure to perform again in the future, might involve a financial risk. Ditto for over-zealous and unscrupulous photogs desperate to sell the first pictures in case Ms. Spears decides to give a repeat performance of her notorious breakdown of 2007.

You know, the one in which she shaved her head and chased a photographer with an umbrella.

Britney Spears has been entertaining America for 26 years, since she was a Disney Musketeer at 12. Michael Jackson got his big ‘break’ a lot younger than that. Whitney Houston was 17.

There is a world of talented people out there, go and find them, why don’t you? Branch out. There are even some who- gasp!- aren’t teenagers. Just ask pop sensation Sia; she is over 40 under all that schtick.

Banking on the reliability of a well-known name like Britney Spears is a safe bet. Is this Las Vegas, or what?

Let Britney go. Born free. If she wants to perform later, she does. But maybe she wants to write cookbooks, or advocate for good cause, or design sequined parachute pants, or write bad fan fic. Help her. She is not a dancing bear. No one can be ‘Britney Spears’ forever, not even Britney Spears. And no one should feel pressured to.

Passively allowing, or in the case of Whitney Houston and her foray into reality tv “Being Bobby Brown” televising, the mental breakdown of a human being is unconscionable.

Time for the entertainment industry, and the rest of America, to turn the channel.