Saudi Arabia’s City of the Future

Dreaming the impossible dream: A 10,000 square-mile mega-city, with flying cars and an artificial moon, powered by renewable energy. 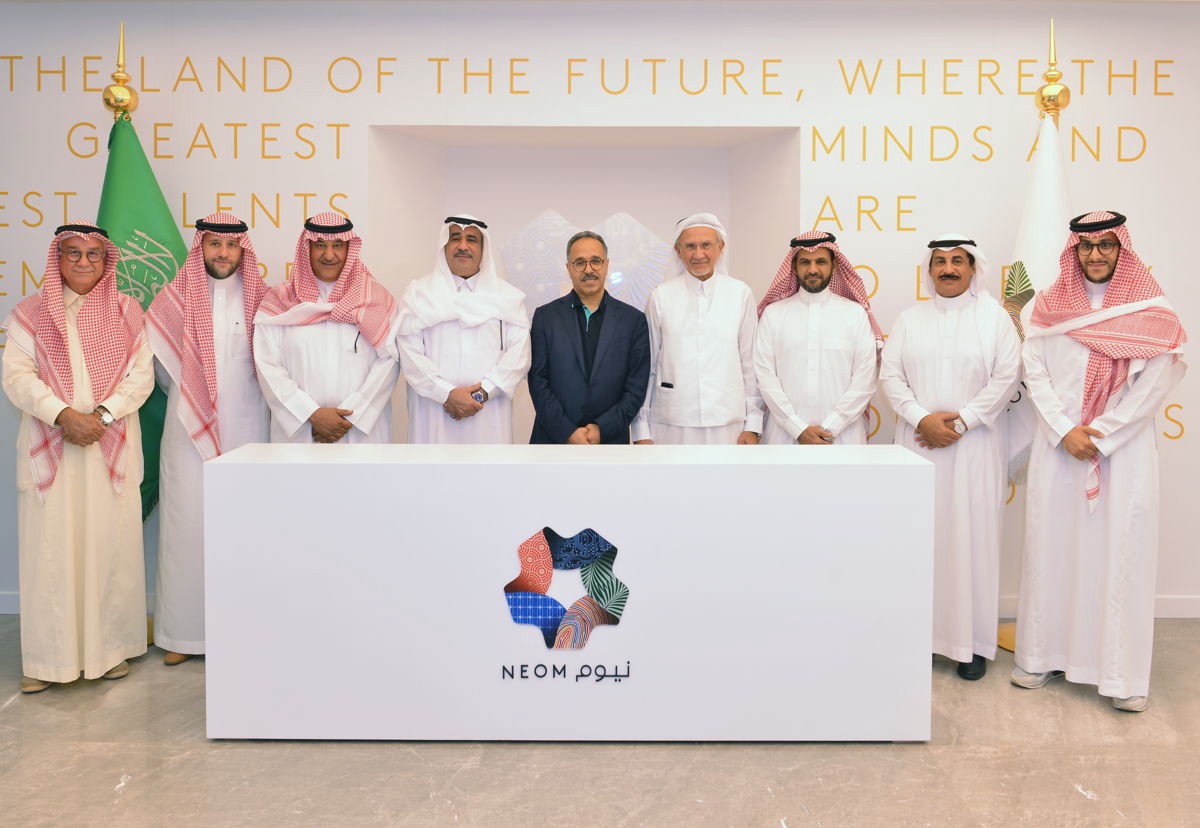 Imagine a city with more robots than people; where flying cars shoot through a night sky adorned by an artificial moon and the beaches glow in the dark.

Meet the proposed city of “Neom”, a combination of the Greek word (Neo) and the Arabic word (Mostaqbal) meaning “New Future”: An independent economic zone, a technological proving ground of epic proportions, and the ambitious brainchild of Saudi Crown Prince Mohammed bin Salman.

The proposed international hub, intended by the Saudi royal family to rival other thriving centers of commerce, finance, and innovation like New York, is to be powered exclusively by renewable energy.

The city will be focused on the areas of energy, water, mobility, biotech, food, manufacturing, media, entertainment, and culture and fashion.

“Starting Neom from scratch, with independent systems and regulations, will ensure the availability of best services without social limitations,” the Saudi Crown Prince said at the first board meeting of Neom.

In conceptualizing this new metropolis, complete with disruptive eco-technologies like autonomous public transportation vehicles, it proved easier to design a new city with new technology than integrate new technology into old infrastructure.

For Saudi traditionalists, MBS can appease them with the fact that Neom will be an independent country from Saudi Arabia, and as such, edicts about alcohol and headscarves won’t spread to the conservative Muslim country or its holy religious sites and cities.

“Zero work/stress related diseases” is another.

Currently, the project’s architects are trying to attract investors and corporations to the project, attempting to lure companies like Amazon and Tesla with everything from free energy to subsidized labor costs.

It isn’t all flying cars and robots, however. The project also involves relocating more than 20,000 people from their ancestral homeland.

“Relocating residents in the interest of public works projects is not uncommon in the Kingdom,” said a spokesperson from Neom about the proposed relocation efforts. Neom plans to offer current residents of the area educational opportunities, generous compensation, and other benefits as an incentive to stay and be part of the new city.

Situated near the borders of four countries- Saudi Arabia, Jordan, Egypt and Israel- bin Salman’s “City of the Future” is also intended to strengthen diplomatic ties in the entire region.

With the threat of Iran-sponsored terror ever present over the past decade, stronger inter-regional partnerships have blossomed in the Middle East. Resisting Islamist terror, Iran’s designs on sovereign neighboring nations, and it’s nuclear aspiration, have driven it’s Middle Eastern neighborhood into greater cooperation.

These past few years have also produced a noticeable shift in Middle Eastern policy towards Israel. Because of Iran, and ISIS, a generational arch-enemy, Israel, has come to be seen as a necessary ally in the fight to preserve peace and create prosperity in the region.

Notably in the past year, several countries have followed Egypt and Jordan- who normalized relations with Israel decades ago- in formally recognizing Israel as a sovereign nation and normalizing diplomatic relations.

There is another advantage to new partnerships with Israel. The world’s only Jewish state, in overcoming overwhelming obstacles and odds over the past decades, has emerged as a leader in renewable energy technology, sea-water reclamation innovations, cyber-security, environmental science and other emerging fields.

Israeli companies have reportedly agreed to sell Saudi Arabia technology for the purposes of creating Neom.

One key reason for these shifting loyalties, in addition to that of national and regional security, has been the lure of the global marketplace. With the wealth of the world’s wealthiest nations suddenly within reach, and global commerce pulling millions of people out of poverty worldwide, savvy leaders are reading the writing on the wall.

Leadership in the countries which take proper advantage of this once-in-a-generation opportunity will be rewarded in the years to come. Leaders who double their country’s GDP over the next five years will find themselves leading comfortably into the next century. To the leaders who do not, history will not be kind.