Salute to a Divided America

Progressives made much ado about nothing. 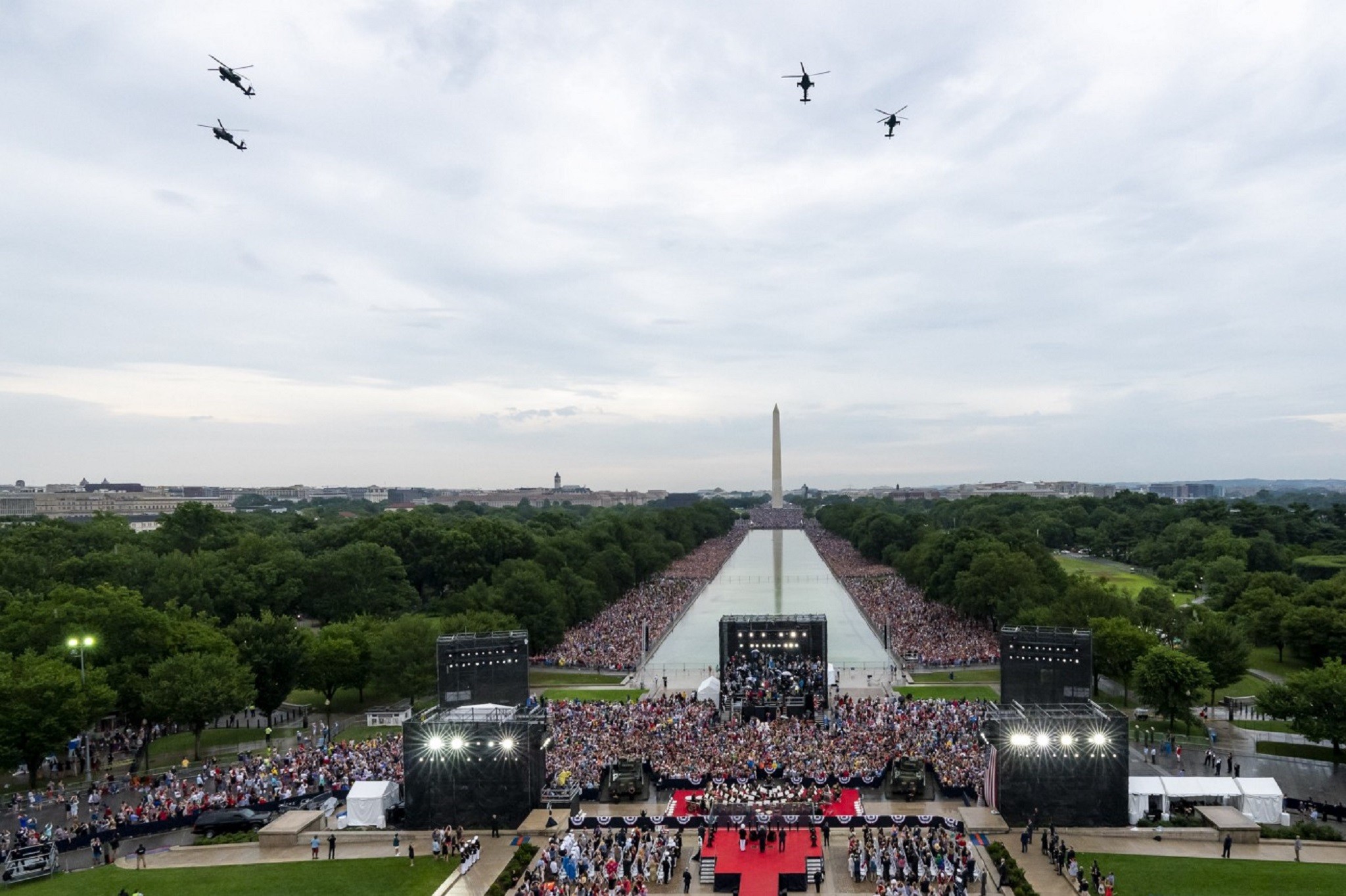 As soon as U.S. President Donald Trump announced his plans to expand the traditional Independence Day celebration on the National Mall, activists hit the streets to express their displeasure. It is doubtful that even one of them knows who Brad Parscale is, nor do they care.

But they should. Instead, Trump’s critics object to what they insist is a politicization of a celebration that has traditionally been free of such partisanship.

MSNBC announced they were not planning on airing coverage of the event,

Much more important to American conservatives tired of perpetual war, is the fact that Trump doesn’t appear eager to go to war. With anyone. He recently expressed an unwillingness to retaliate against Iran for strikes on U.S. interests because such action would have resulted in as many as 150 deaths. Iranian deaths.

Trump has even managed to get Kim Jong Un to the table for negotiations. Which is something, considering that any day in which South Korea doesn’t have to worry about an imminent nuclear strike is a good day.

What sticks in the craw of sophisticated American leftists the most, what really bothers them is simply one of reputation: The U.S. progressive left doesn’t want a rah-rah-America, flag-waving, military parade to be who we are.

America’s cultural elites worry that other countries are going to think we are all a bunch of gun-loving, war-crazy capitalist goons.

Here is another hard truth for American progressives: Maybe, that is who we are.

If the American progressive left really thinks that the rest of the world at large radically changed it’s collective opinion on the relative merits of the good old U.S. of A. while President Obama was commander and chief, they are only fooling themselves.

Think of it as a veneer of respectability; it’s over.

Trump’s military parade on the National Mall is already who other countries think we are.

People in other countries think that everyone is the U.S. is carrying a gun, that we love war and war weapons (Hello, Marvel movies.) People living in rural Afganistan think Americans are drunk all the time. In Morocco, kids grew up decades ago watching “Baywatch,” and the “Bold and the Beautiful”. When some of them immigrated to the U.S., they thought America was like that.

So American liberals might as well just make it gun-loving, war-crazy capitalist goons who are also debauched. And fat.

One of outspoken Democratic Rep. Ilhan Omar’s most oft-repeated complaints about the U.S. is that her life in it doesn’t look like it did in the American movies she saw as a kid. Join the club, Ilhan. We’re all disappointed by that.

Anyone wondering who Trump is trying to impress with this pomp and circumstance needn't look any further that U.S. voters. Trump wants reelection. Like Democrats, Trump wants to win in 2020. Unlike Democrats, Trump understands his base only too well. A celebration of America is exactly what they want from their commander and chief on Independence day.