Author, scholar, and distinguished professor of history and African-American studies, Dr. Jonathan Holloway embodies the spirit of this historic moment. 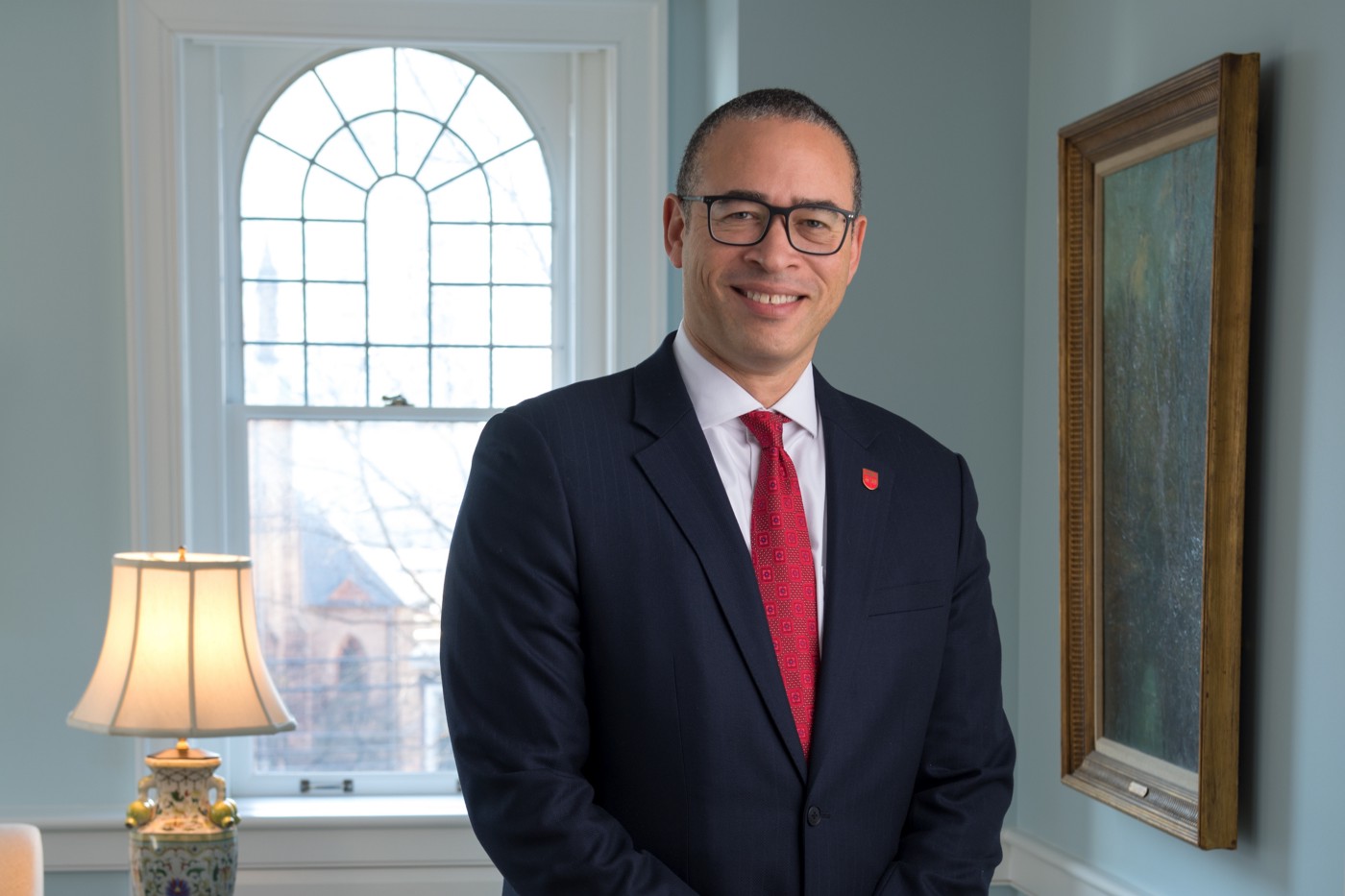 Black Lives Matter activists and justice advocates are in the streets demanding America address the systemic racism and racial inequality that has existed throughout U.S. history; Dr. Jonathan Holloway has spent his entire career studying these very issues.

Holloway began serving as president on July 1, 2020; succeeding President Robert Barchi, who began his tenure in September 2012. Prior to assuming his new post, Holloway was previously the first African-American dean of Yale College and the first Black provost at Northwestern.

While he is proud of the distinction of being Rutgers’ first Black president, Dr. Holloway expressed regret that it took 254-years to get there.

“I think that’s an indictment of the ability of our society to imagine excellence,” said Holloway, who lists recognizing excellence in its many forms as a key theme of his presidency going forward.

“The University of Michigan, Berkeley, UCLA: Rutgers belongs in that conversation,” said Holloway.

Holloway arrives to fill his position at Rutgers during a period of great institutional upheaval and financial turmoil. He is faced with the daunting task of guiding Rutgers- students, faculty, alumni and donors- through the $250 million financial loss of the coronavirus pandemic and student activism surrounding race and change.

“I don’t need to tell anyone in New Jersey or at Rutgers how much damage COVID has caused personally, emotionally, psychologically and financially,” he said. “Because of these enormous setbacks, I will be focusing much of my initial energy as president on repair and rebuilding.”

On his first day as president, Dr. Holloway led by example; immediately taking a 10 percent pay cut, “in the spirit of shared sacrifice that this moment requires”.

The new Rutgers University president also directed $125,000 in additional funding to the Scarlet Promise Grants program, a fund established to help close the financial gap for Rutgers students in need of assistance. To help these struggling students even further, Dr. Holloway made a personal donation of $75,000 to the fund.

According to New Jersey Governor Phil Murphy, “Jonathan’s lived experiences and work on post-emancipation history make him an ideal leader for this moment in time. I know with Jonathan at the helm, Rutgers will continue to soar.”

“As a first generation American, son of Greek immigrants, I welcome Governor Murphy’s excellent recommendation of Dr. Holloway to serve as the 21st President at Rutgers University. He is a prominent Black American historian who is a significant figure in education,” says Dr. Kallis.

Holloway most recently served as Northwestern University provost, holding this position since 2017. In his capacity as Northwestern’s chief academic officer, Dr. Holloway oversaw educational policies and academic priorities, preparation of the university’s annual budget, and faculty appointments and promotions. He was also responsible for the allocation of resources and space to academic units.

During Dr. Holloway’s time teaching at Northwestern as a Professor of History and African-American Studies, he specialized in post-emancipation social and intellectual United States history.

Prior to his role at Northwestern, Holloway served as dean of Yale College and Edmund S. Morgan Professor of African-American Studies, History, and American Studies at Yale University.

Dr. Holloway earned his bachelor’s degree with honors in American Studies from Stanford University, where he played football with U.S. Senator and Mayor of Newark, Cory Booker, according to an interview with The Daily Northwestern.

Booker described Holloway’s appointment as an “important milestone,” and compared him to another trailblazer; former U.S. President Barack Obama.

Senator Booker calls Holloway a man who “is going to have a serious impact on young people from all backgrounds to look and see someone who is Black who ascended to that level,” Booker said when Holloway was hired in January.

“It further breaks down barriers and instills in kids the possibilities.”

Holloway went on to receive a Ph.D. in History from Yale University. He began his academic career at University of California, San Diego, before joining the faculty at Yale in 1999.

Dr. Holloway edited Ralph Bunche’s A Brief and Tentative Analysis of Negro Leadership and co-edited Black Scholars on the Line: Race, Social Science, and American Thought in the 20th Century. He wrote the introduction for the 2015 edition of W.E.B. Du Bois’s Souls of Black Folk and is working on a new book; A History of Absence: Race and the Making of the Modern World, which focuses on Black history from 1619 to the Black Lives Matter movement.

Dr. Holloway, 52, is a self-described family man. He lives with his wife, Aisling Colón, their daughter, Emerson, and son Ellison.