Efforts to turn out the youth vote have been failing for decades. Bernie Sanders has promised to change all that. But he hasn’t. 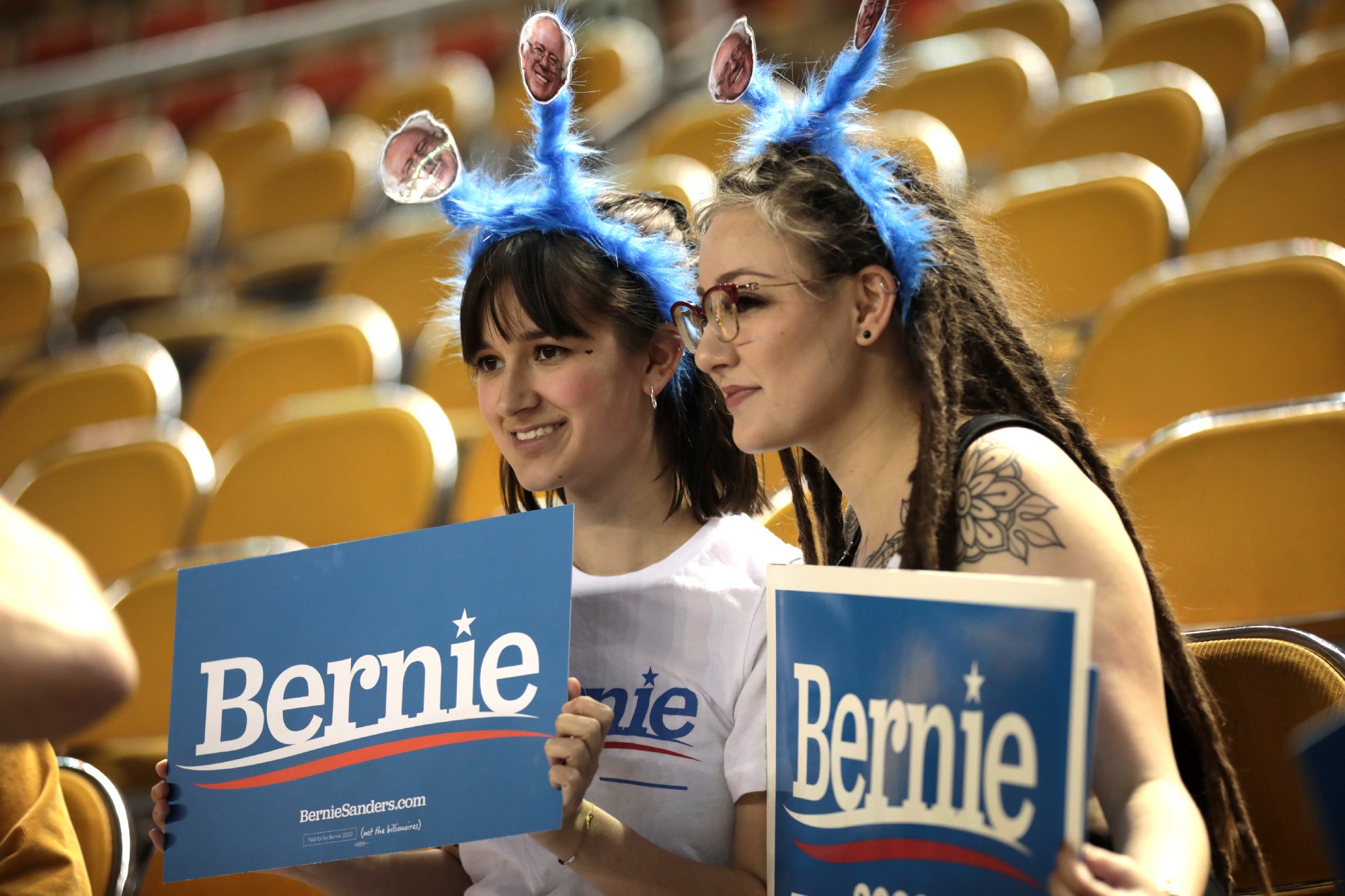 The oddly prophetic nature of the Simpsons has proven itself again and again over the years. From- weirdly- predicting the presidency of Donald Trump to the lamentations of Lisa Simpson upon her discovery that when it comes to social issues, politics, and exercising the constitutional right to vote, some people are all talk.

In a Harvard poll last year, 43% of 18–29 year olds responded that were likely to vote in their party’s primary. The latest polls from Super Tuesday states put the actual number of voters in that age category at a dismal 5%-19%.

Even in this Age of Information, with the existential threat of a reelected President Donald Trump looming and the Millennial catnip of Bernie Sanders beckoning- young people still aren’t voting.

Youth-culture icon MTV tried for over a decade with its “Rock the Vote” campaign, achieving only poor to middling results. Everyone from Taylor Swift to Beyonce to Madonna has begged them. The Democratic Party has pleaded with them.

“Preregistration and automatic registration have such consequences for young people. Because follow-through is so much of the story, there’s a real high cost to procrastination in U.S. democracy.” — Sunshine Hillygus, Duke University researcher on youth voting patterns

Even in a race including a highly-visible, youth-oriented candidate like Sen. Bernie Sanders, young people have not been turning out in droves to support the candidate everyone seems so fond of on Twitter.

Their reasons are myriad; some involve the lack of doughnuts and other incentives at polling places. Other reasons are darker.

Many young people don’t feel that either party is really speaking to their issues or needs. Climate change and the environment in particular are hot-button issues for people in the U.S. aged 18–29.

Not even Democrats, aside from a few outliers, are making environmental issues central to their campaign platforms.

“Mr. Sanders is not responsible for turning out all young people. The other reason that youth turnout was low is because other candidates did not make them a strategic focus of their campaigns.” — John Della Volpe. Director of polling, Harvard University

It is tough to fault savvy politicians like Joe Biden, Sen. Elizabeth Warren and Mike Bloomberg; spending valuable campaign resources to focus on a demographic that is extremely unlikely to turn out seems like a major gamble.

After all, it hasn’t worked for Sanders. Whatever his appeal might be to the 18–29 set, it hasn’t proved sufficient to overcome the challenge presented by even the Biden campaign- albeit a Biden campaign shored up by almost every mainstream member of the Democratic elite.

Though Sanders, who espouses many of the socially-liberal positions favored by potential voters between 18–29, is fighting for his political life, and indeed for the progressive platform, 18–29 year olds aren’t motivated to vote.

“Have we been as successful as I would hope in bringing young people in? The answer is no. I think that will change in the general election, but I will be honest with you, we have not done as well with brining young people into the process. It is not easy.” — Sen. Bernie Sanders

Even in counties where there was increased youth turnout- as occurred in a few places last Super Tuesday- the slightly increased turnout benefitted not Sanders, but Joe Biden.

“There is credible evidence to suggest that the youth vote is flat to down in most states…young people are just not as enthusiastic as many of us expected them to be.” — John Della Volpe. Director of polling, Harvard University

There is another, more sinister reason the youth vote numbers have been so dismal this election season in particular.

Rep. Alexandria Ocasio-Cortez is one of the most prominent voices on the progressive left today. She, and other progressives, have recently raised the specter of voter suppression.

The suggestion from the liberal progressive flank of the Democratic Party that the more establishment wing of the party is actively suppressing the youth vote in an attempt to stop Bernie Sanders is not exactly good for the party.

On Super Tuesday, from Texas and California came images posted to social media of long lines at college campus polling locations. Some young voters faced with the prospect of three-hour lines gave up.

Were the badly run polling places mere oversights? Were they a failure to anticipate a larger-than-usual turn-out of young voters?

Or were they the result of machinations within the Democratic Party?

Whether the cause was incompetence in setting up polls and polling places, or malfeasance in denying possible votes for Sanders, the result was the same.

During the last Super Tuesday, the youth vote did not exceed 20% in any state. And something will need to be done about that, preferably between now and November, if Democrats are going to have any chance at all in their showdown with Donald Trump.

And the hordes of highly-motivated voters anxious to turn-out in record numbers to vote for him.

“As we move towards the general election, we’re going to need to see candidates talking about the issues that young people care about in an authentic and consistent way. Because if you think you can show up with just two weeks to go and say, ‘Yeah, yeah I’m with you, and what are you going to do, vote for Trump?’ It’s not enough, and it’s certainly not enough in an election year like this year where we know the other side is going to come out in record numbers.” — Ben Wessel. Executive Director of NextGen America