Rise of the Justice Democrats

Are progressive Democrats winning or losing? 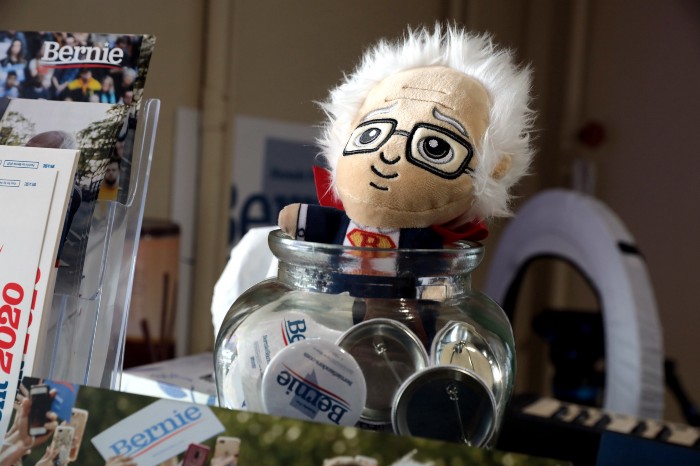 The results of the 2020 election are in and they are, at best, mixed.

The question as to whether or not progressive policies like “Defund the Police” helped or hurt the Democratic Party in 2020 doesn’t exactly have a straightforward answer.

Now that Joe Biden has been elected President of the United States, however, progressive Democrats are anxious to forge ahead with major legislation. It hasn't taken long for the progressive wing of the Democratic Party, already frustrated by the primary defeat of their champion, Sen. Bernie Sanders, to feel left out in the cold.

With the 2022 mid-term elections just around the corner, progressive Democrats are already faced with a major conundrum: Should they attempt to work with party moderates, and even the odd Blue-dog conservative? Or primary moderate Democrats and replace them with more progressive candidates?

In doing the latter, progressive Democrats may have made doing the former almost impossible.

Primary challenges are not something those in Democratic Party leadership promote, as a rule. Challenging an incumbent and fellow party member is often regarded as something of an anti-social act. At best, it is seen as a waste of precious campaign funds better suited to applying against political opponents, not fellow Democrats.

Not with rumors circulating that Rep. Ocasio-Cortez is even considering plans to challenge New York Senator and Democratic Senate Leader Chuck Schumer for his seat

Rep. Ocasio-Cortez and her fellow Justice Democrats have often frustrated party leadership in other ways as well.

There have been public inter-party squabbles on Twitter, and ugly ones at that. During the recent Democratic primary, Ocasio-Cortez campaigned heavily for Sen. Bernie Sanders, remarking during an interview at the time that she didn’t even belong in the same party as moderate Democrats like now-President Joe Biden.

In addition, Ocasio-Cortez may be a highly-visible and prodigious fundraiser, but she hasn’t been over-eager to share with the Democratic Party proper. Rather than pay her party dues, as other Democratic members do, Rep. Ocasio-Cortez has instead elected to use her largesse to back progressive candidates, including quite a few primary challenges against incumbent moderate Democrats.

Her success as a fundraising juggernaut aside, though she enjoys a large social media following, and is very well-known on both and the left and right, approval ratings for the New York Congresswoman have been fairly terrible. While Democrat-friendly media publications like Vox and MSNBC are quick to blame conservative media for hammering AOC’s approval ratings into lower echelons than Donald Trump’s, not everyone on the left is convinced.

Once elected to higher office, officials have two distinct jobs: Official duties and getting reelected. Not every elected official excels at both.

A politician can be an excellent legislator, an avowed policy wonk, an expert on constitutional and tax law; they can be very effective at passing legislation, on winning the internal elections to head important committees, and delivering for their constituents.

If they can’t win reelection, however, all the bipartisan legislation in the world won’t save them.

On the other hand, sometimes expert campaigners; those politicians who excel at raising campaign funds, can fail to sponsor a single piece of successful legislation and still manage to get reelected cycle after cycle.

Therein lies the weakness of the Justice Democrat strategy of primary challenges: In alienating their colleagues and Democrats in senior leadership positions, Justice Democrats run the risk of becoming great campaigners who can’t get anything done in Congress because no one wants to work with them.

In grasping the double-edged sword of primary challenges against incumbent Democrats, progressives may soon find themselves facing primary challenges of their own as their constituents begin to wonder- rightly- why nothing is being done in their districts.