Republicans More Optimistic About Trump’s Chances Than in 2016 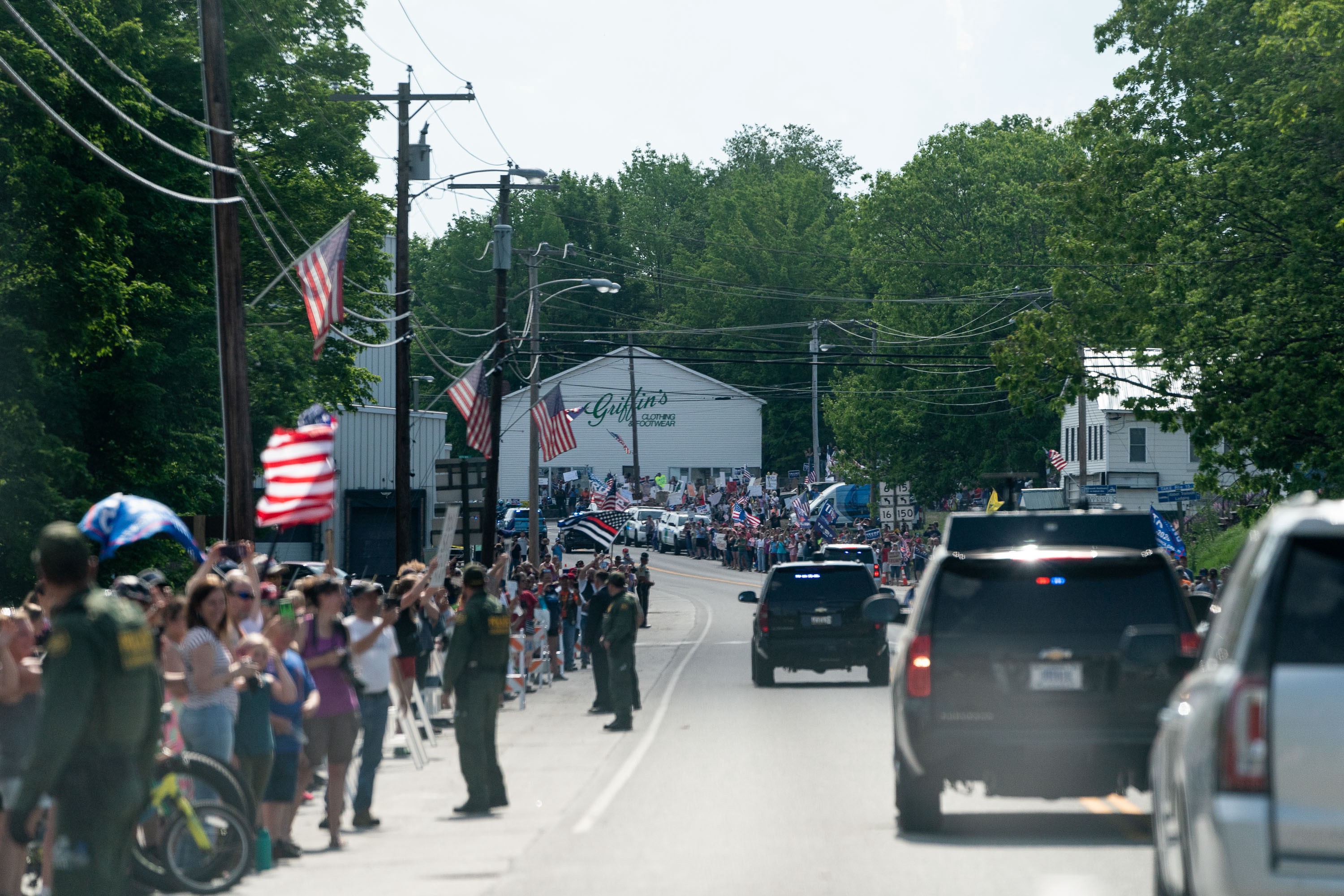 The economy is a wreck, yes; but people do remember just how low unemployment was before Covid-19 struck. They remember how well their 401K was doing- for once- and they remember the stock market hit record highs.

Hopes for a quick, V-shaped recovery are much higher after an encouraging May jobs report and high recent closings on Wall Street. Trump gets the credit for that; even people who respond that they don’t like Trump in a poll still say they trust Trump over Joe Biden to get the economy back on track. And Trump’s poll numbers have certainly survived before.

Many people are indeed unhappy with what they perceive of as Trump’s lack of leadership during the Covid-19 crisis; they may have a point. Trump isn’t known to work well especially with others, especially with people he can accuse of underperforming.

Some Democratic and Republican governors critical to Trump would certainly fall under than category; and there is certainly enough blame for mistakes made during the coronavirus response to go around. But for Trump voters, bipartisan coalition-building was never viewed as Trump’s priority anyway.

With his image as the “Swamp-Drainer in Chief” intact, at least on the Trump-voting right, his butting-heads with the likes of Democratic governors and Republicans Mitt Romney were seen as par for the course. Trump’s unusual across-the-aisle success in squeezing lauds from the likes of NY’s Democrat Governor Andrew Cuomo and other prominent Democrats were pitched as home-runs to his base. And they were received as such.

Like former U.S. President George W. Bush’s “Mission Accomplished” moment (when Bush presented a speech, unveiled a banner and declared the conflict in Iraq a success- in spite of the lack thereof) Trump has been able to claim a measure of success on Covid-19

As far as Trump’s base is concerned, their champion has seen the U.S. through to the downslide of Covid-19 infections. Overall hospitalizations might be up, but that is because hospitals are starting to see patients for other reasons now. People who put off surgeries or going to the doctor are resuming their treatments.

Hospitalizations for Covid-19 remain on a downward trend, at least for now. And that is what counts.

The number of Covid-19 cases might be rising, but that can largely be explained away as a result of increased testing, especially with the large-scale testing taking place in wake of the mass protests.

Results are still preliminary, but the good news is that the high-profile mass gatherings that have drawn the most media condemnation over the past few months have resulted in very few cases, if any, that can be traced back to those events. These include Georgia’s early reopening, demonstrations against the lockdowns in various states, early George Floyd protests and memorials, primary voting in several states, a pool party in the Ozarks, a house party in Chicago.

So barring a massive resurgence is Covid-19 cases requiring hospitalization, or at the very least cases with symptoms serious enough to prompt the sufferer to seek treatment or a Covid-19 test, Trump will claim a mission accomplished as he goes forward on the campaign trail.

Which he is soon to do. A massive Trump campaign rally is planned in Tulsa, Oklahoma on June 20, 2020. A few days ago, Trump’s campaign manager, Brad Parscale, announced on Twitter that the Trump campaign had already sold 800,000 tickets to the event.

Republicans, national party leaders and Republican Party leaders on a state-by-state basis think Trump is going to win in November. What’s more, they think Trump might see reelection by landslide.

Aside from savvy liberals who read Fox News- because obviously it is better to be informed about both sides than it is to be bamboozled by an overly credulous media into believing your candidate has a 90%-100% of winning on election day then losing in a shocking upset- this will be news to most Democrats and consumers of left-of-center media.

In the highly-polarized, hyper-politicized era of Donald Trump, whether or not the politician representing your particular political party is blowing smoke has become obsolete. Now, it is more a question of how much smoke your media outlet of choice is letting them blow.

If you are a consumer of left-leaning news, you will have recognized the fact that your media personalities, writers, and editors have a zero Trump-smoke policy. The Trump team, President Donald Trump himself and Republican Party members in general are given very little, if any, leeway when it comes to stretching the truth, face-saving, or projecting confident over-optimism.

Any claim made by members of the Republican Party are being thoroughly vetted and exhaustively researched by members of the media who are extremely vested in holding the Trump administration, and all its enablers, to account each and every day.

Who is holding our leaders from the left to account?

In 2016, when the Hillary Clinton campaign claimed its strategy of turning out very few people for Clinton campaign events was a deliberate one, members of the media enabled this transparent spin, ostensibly to help Clinton’s chances in the election.

Even when some of these events were better attended by members of the press than members of the public, mainstream media outlets did not challenge the Clinton campaign on their dubious assertion of intentionality.

When the question was “Why are Donald Trump on the right and Bernie Sanders on the left able to turn out tens of thousands people for huge rallies and Hillary Clinton isn’t?” media outlets did backflips to avoid giving the obvious answer:

Clinton was a much weaker candidate than the Democratic establishment, including certain media outlets, were giving her credit for.

As Matt Taibbi- who is no conservative- of the Rolling Stone pointed out in that publication recently; in trying to help Clinton get elected by ignoring potential problems in her campaign, media outlets actually hurt her chances.

So with erstwhile mainstream media outlets like CNN running interference for Democratic politicians, and Donald Trump’s never-ending antics serving as the ultimate distraction, Democrats are spending very little time examining their own weaknesses.

Covid-19 and the shut-downs having no historical precedent, it will be very difficult to convince everyone Democrats need to convince in November that Trump’s Covid-19 performance demands he be removed from office.

For the widespread protests, some of which have resulted in highly-publicized violence and massive destruction of private and public property, there is tremendous, straightforward historical precedent.

Combine that with the left’s newly minted promises to defund and dismantle the nation’s police department, and you have a recipe for a stampede to the good old-fashioned law and order promises of Donald Trump and the Republican Party.

And no matter how vehemently mainstream Democrats like House Speaker Nancy Pelosi and former Vice President Joe Biden try to distance themselves and the party from calls to “defund the police” with assurances that no one wants to get rid of law enforcement agencies completely and without prejudice, progressive activists- and their attendant media admirers- yell even more loudly that yes, that is precisely and exactly what they intend to do.

Violence during the protests and calls to defund the police are a gift to Donald Trump and the Republican Party, a lifeline. Without these two things, Donald Trump and every Republican down the ticket from him, might have had a much harder time defeating Democrats in November.