Corporate moralizing needs to go back to Marketing 101. 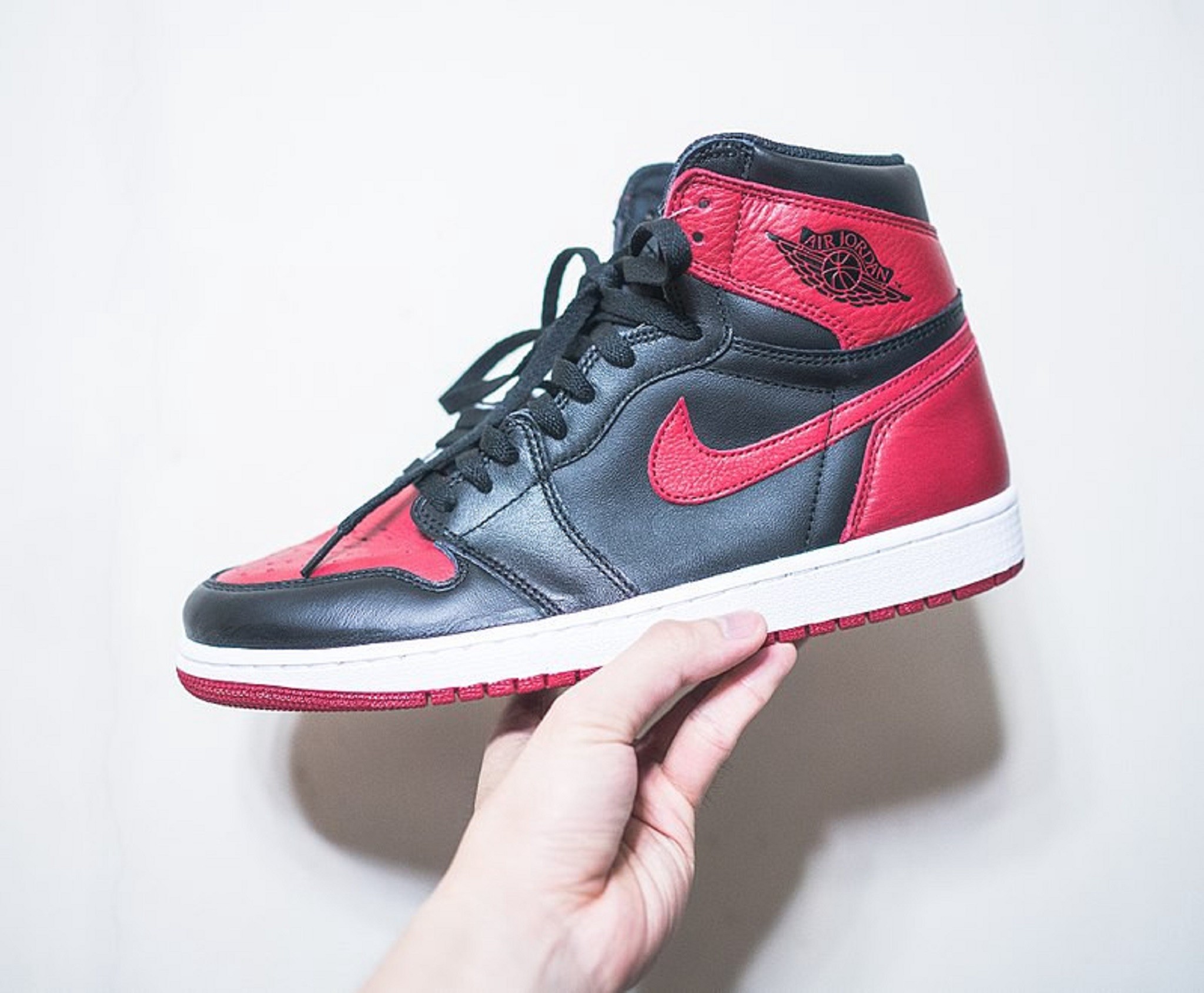 A pair of Air Jordan athletic shoes. (photo:Ting Him Mak)

Obviously, cutting the market size for your product in half seriously undermines potential profitability, especially in the long run.

Pop Quiz: It is the early nineties, U.S.A. You are a person (or a pair of twins) with massive, widespread, cultural appeal (for the moment) and are launching a line of products. Where would you rather sell your product: Bergdorf Goodman or Wal-mart?

A tiny percentage of the U.S. population can afford to shop at the high-end luxury retailer Bergdorf Goodman; millions of Americans (still) shop at Wal-mart.

By choosing the less-glamorous but more ubiquitous Wal-Mart to distribute their line of products in the 90’s, acting twins Mary Kate and Ashley Olsen parlayed their brief window of tv fame into a massive retail empire and a fortune that is the stuff of “Where Are They Now?” child-star legend and endures even today.

Much of the time, market size has been increased by lowering the price.

Flat screen tvs, then in their earliest mass-produced incarnation of the plasma tv, retailed for over $20,000 at Best Buy when they first debuted. Now a high-quality flat screen tv can be acquired for $300 on Amazon. Delivered.

Why? Because the smart money is on increasing market size.

Which is good news for anyone who could not plunk down $20,000 for a television: The companies making these tvs wanted a few people’s $20,000, definitely; but they also wanted more people’s $10,000, too. And even more people’s $5,000 if they could get it. And a great deal more people’s $1,000 for the real jackpot, and before their closest competitor could get it.

That’s the power of the free market, bless it.

The dumb money, however, is on the highly questionable practice of refusing to sell, by refusing to even market or otherwise appeal to, half the American population. In a way that seems almost intentional, certain industries and companies seem to be determined to price themselves out of the larger market.

Because when the cost of a product includes sermonizing, the price may be much too high for some. Meaning that there is a powerful new way to increase market size, and it has nothing to do with lowering price.

If yesterday’s industries don’t find a way to appeal to people on both sides of the aisle, they will be gone tomorrow.

The Scriveners Who Won’t Scriven

Culturally-significant scions of journalism, after decades in print, can’t get enough people to buy their newspapers anymore.

These American news bastions are, in vain, trying to hide online content behind a pay-for-firewall.

Ah, the time-honored but short-sighted strategy of losing over two-third of your customer base and trying to make up the difference by squeezing the ones that remain a little harder.

That never works. Not forever, anyway.

Mainstream media outlets have a huge problem, and it is limited market size.

Republicans don’t read the New York Times and they haven’t since the Bush years when it became clear how the the New York Times felt about Republicans. If the NYT can’t bear to broaden its appeal to include those of a more conservative bent, conservative types won’t be able to bear the NYT in its role as the propaganda arm of the Democratic Party.

And it’s not the only propaganda arm of the Democratic Party, either.

The Golden-Plated Age of Hollywood

Movie-making powerhouses in Hollywood can’t get enough people to go to the movies anymore.

The box office draw power of a single Hollywood star or starlet has waned to nearly nothing. Now a blockbuster needs 10 household names just to have a fighting chance at turning the kinds of profits movie moguls enjoyed even a short decade ago.

Special effects are amazing everywhere now, even in commercials, so that isn’t a real draw anymore. Almost everyone has a flat screen, hi-definition, surround sound tv to watch them on, too, if they deign to. So many streaming services, so little time for commercials.

Republicans don’t go to the movies anymore, either.

Hollywood has shown repeatedly that it has no interest in appealing to the vast swath of conservative America. The recently released hatchet-job “VICE”, a blistering, thinly-veiled hit piece on former Vice President Dick Cheney, is a perfect example.

The Spotification of American Music

The music business is suffering, too. Gone are the days of the $17.99 CD with two hit songs plus filler. Gone, even, are the glory days of $1 a song.

Gone is the golden age of radio; MTV still plays music…sometimes. Award-show audiences are dwindling as people see through that bougie nonsense in record numbers and realized they’ve much better things to do.

Did ego kill the video star?

Are Republicans going to buy Taylor Swift’s next album after she famously and passionately supported a Democratic candidate?

Attending the annual D.C. Christmas tree lighting ceremony on the National Mall last year, a televised event watched by millions, I was surprised to see the performers in the evening’s lineup.

Wynonna Judd was the biggest name on the ticket.

My second thought, after how tense the Judd family holiday situation must be, was where is everyone? Where are the hot up-and-comers? Don’t they know how many people watch this show?

The reason, of course, was that, with Donald Trump in attendance at the annual event, performing at said event would have been tantamount to career suicide.

Take the career of Chrisette Michele, which was derailed utterly by her decision to take a (great) gig singing at the inauguration of Donald Trump, in order to, in her words, help “build a bridge”.

Kim Kardashian, so famous she didn’t mind the backlash, has been on a White House charm offensive for months, advocating for criminal justice reform and the release of a trafficked minor sentenced to life in prison for killing the man who bought her.

Thanks to Kardashian, and people like her, the FIRST STEP Act was passed in 2018 and in 2019, Cyntoia Brown was granted clemency after serving 15 years in prison for killing man who bought her for sex.

Conservatives groaned when outspoken activist and superhero of the left Lady Gaga was tapped to perform at the Super Bowl a few years ago.

Some Super Bowl audience members watched Gaga’s performance at half-time skeptically, well-aware of her reputation, their loins girded for any signs of proselyting.

There weren’t any. Gaga didn’t do any; she didn’t need to.

She had a more powerful weapon: Her Art.

Rather than alienating potential fans, first time viewers of any Lady Gaga performance, she convinced even the indisposed. She won hearts and opened minds to her cause without having to say a word about it.

When a newly converted fan hears Gaga belt, “Born This Way” on their headphones or in the car, she’s done more that any amount of grandstanding every could.

And they still buy Jordans.

Media outlets, movie studios and the music industry can try increasing market size, or they can continue to alienate half of the U.S. population with their sermonizing and overconfidence in their own moral self-importance.

Like the last a dying race of dinosaurs who have gone extinct but haven’t all died out.