Republicans Are In a Fantasy Land About Donald Trump

Donald Trump isn’t going away, and both parties need to understand the reality of that. 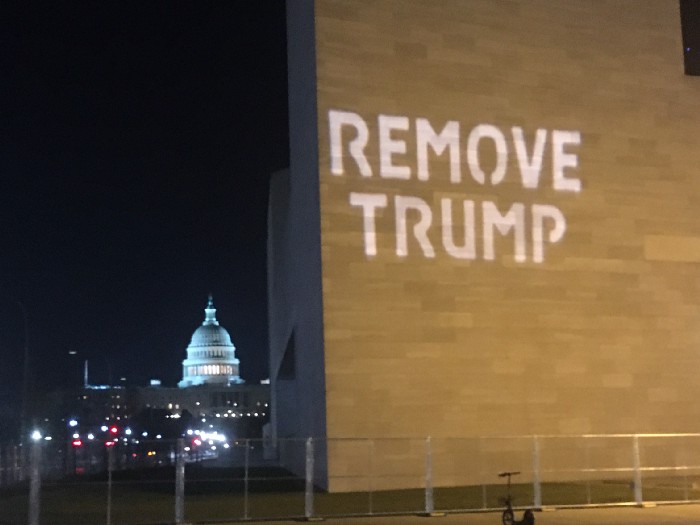 “Top republicans are currently in meetings to discuss Donald Trump’s future role in Republican Party leadership and whether or not he has one,” say people familiar with the matter, according to corporate media outlets who may or may not be exaggerating the level of Republican defection for dramatic purposes.

The ads aren’t going to click themselves, after all.

Sensationalistic journalism aside, top Republicans are likely discussing this very question, even as they lick their wounds after a second impeachment trial even more contentious than the first.

What role will Donald Trump play in the Republican Party, going forward?

Republican voters, provided they have even deigned to watch the latest impeachment proceedings against Donald Trump and are still listening to anything Republicans in national leadership have to say about the matter, might have noticed something odd about these musings regarding who will lead the party.

Republicans in leadership don’t choose who leads the Republican Party ticket. Republican voters do that.

Party leadership, no matter how senior, will not get to choose who the Republican Party standard bearer will be in 2024.

They certainly didn’t get to choose in 2016.

If Republican Party leadership, and the GOP’s old guard, had been able to choose, Jeb Bush would have been elected president in 2016. He was the party favorite, seen by leadership as the heir apparent to the George H.W. Bush and George W. Bush presidencies. Jeb Bush, son of one president and brother to another, seemed to Republican leadership the obvious choice.

Only a funny thing happened on the way to the coronation of Jeb Bush: Republican voters overwhelmingly, and against nearly everyone in Republican Party leadership, voted for an outsider, someone with no political experience whatsoever. Someone who had been a longtime New York City Democrat.

The last few decades have been an era of higher taxes, endless wars, and the wholesale export of American manufacturing jobs to places with cheaper labor. These things are very irritating to the working class, and well-nigh unbearable for the working poor in this country.

From both sides of the political aisle, the working class has noticed that exporting American manufacturing jobs to places with lower labor standards and fewer environmental regulations was not a moral course of action.

It isn’t better for people in the societies where U.S. cheap labor has meant exploitative labor practices, extremely low compensation, and environmental devastation. The practice hasn’t created a more equal or more equitable world, it hasn’t better distributed wealth to emerging nations. If anything, it has done the opposite. Unscrupulous companies- ironically many of the same companies responsible for some of the social-consciousness ad campaigns that are becoming so popular- have merely gone from extremely to obscenely wealthy.

There is a reason it is called virtue signaling; it is mere signaling. Gillette doesn’t really care about toxic masculinity; it only cares that you do. Procter & Gamble, Gillette’s parent company, doesn’t care about it either. If P&G did care about toxicity, it wouldn’t be the world’s number one producer of single use plastics.

Outsourcing America’s manufacturing jobs, instead of helping emerging nations, has arrested the development of these nations, trapping them for decades in a post-industrial, pre-regulatory nightmare for the world’s working poor. It took a World War for the wealthy countries of Europe, like Great Britain, to awaken to the Dickensonian nightmare of the working class.

The Great War was when they noticed how poor everyone was.

When governments needed soldiers, authorities discovered to their horror that a large percentage of the poorer classes were simply too ill, too under-fed, too uneducated, and too poverty-stricken to be of any use to the military.

It was a gruesome discovery any walk through the worst parts of London could’ve hastened.

In retrospect, it seems so obvious: What kinds of companies and industries are most likely to flourish in a post-industrial environment with no labor or environmental standards?

The question, and its answer, would have been everywhere, from the starving orphans on the street, to the dying workers in the poorhouse, to the rivers of industrial filth being dumped openly into shared community waterways.

These same injustices exist in emerging nations today. In places like Malaysia, they don’t want our plastic recyclables anymore, no matter how much the U.S. offers to pay. Plastics are clogging their rivers. Ghana probably doesn’t want any more of our old electronic junk, either. The world’s largest tech dump hasn’t created a thriving economy; there is no farming, no industry- just garbage.

Branding these devastating policies something clever, like “globalization”, something that appeals to progressive elites, doesn’t make them any more palatable in the places where they have wrecked such havoc.

Including in the gutted American manufacturing industry.

These misguided policies didn’t just weaken American manufacturing; they weakened the unions, too. They weakened the collective bargaining rights and wage earning potential for millions of workers, afraid if they push for more equitable compensation, their jobs will be shipped somewhere cheaper, where workers don’t have to be paid as much, if at all, because there are no unions. No worker’s compensation, no liability for on-the-job injuries, no fuss about unsafe working conditions.

Instead, extremely wealthy companies and people have gotten wealthier and members of the working class, be they Republican or Democrat, hadn’t seen substantial wage gains or increases in household income in over a decade- until right before COVID-19 hit.

Republicans, and Democrats, need to stop thinking of Donald Trump as the problem and start addressing the real issue: The 75 million-plus people who voted for him, and probably would do so again, or Republican and Democratic leaders wouldn’t be so worried about it.

Republicans shouldn’t be telling their voters who the next leader of the Republican Party will be. Leadership Republican elected officials- past, present, and future- should be listening.

By listening to the concerns of Republican Party voters, as well as the state and local Republicans who live and work in red districts, Republican Party leadership will have a much better chance at moving the party toward the candidate of their choice.

Donald Trump isn’t going away, and both parties need to understand the reality of that. As long as there are still 75 million people the in U.S. who want to hear what he has to say, there will be someone- somewhere- willing to supply them with the opportunity. Again, ads have to be clicked.

Even if Donald Trump retired from public life tomorrow, nature abhors a vacuum. The space he occupied for the voters who supported him won’t stay vacant for long.