Is she just picking a fight? Or is this the opening gambit in a major power move? 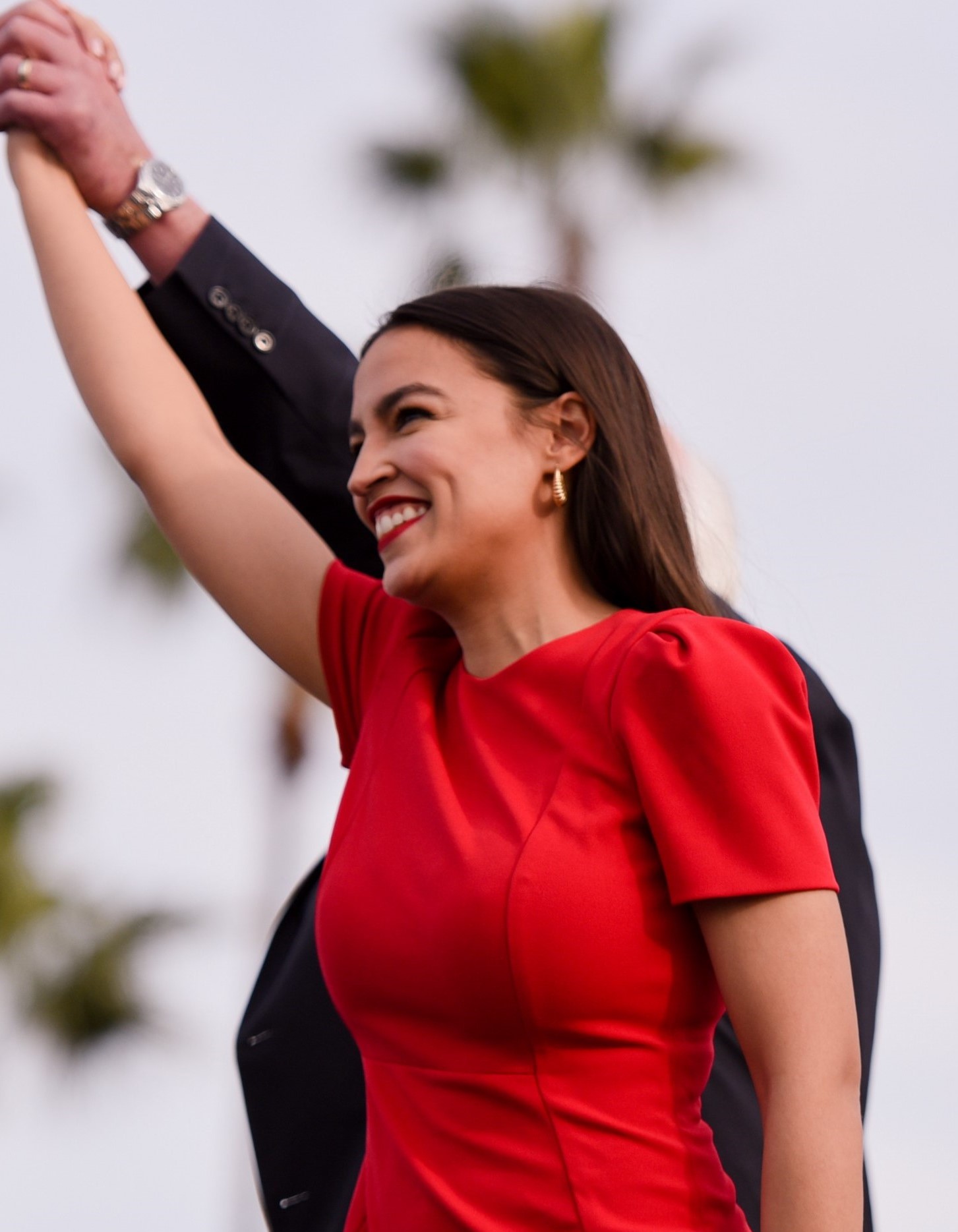 “America Has a White Male Problem,” seems to have become the general consensus in certain far-left progressive circles these days; “And It’s Not The One We Think,” being the only remaining point of contention.

Yet voting Democrats- left, right and center- couldn’t help but notice that a field of contenders first hailed as the most diverse bunch in history was eventually whittled down to two White men over 70.

Both happen to hail from and represent two of the whitest states in the union. Hyper-progressive Vermont, home to Sen. Bernie Sanders, is the only state never to have elected a woman to Congress.

Ever since, and in spite of triumphing over Donald Trump, the peace between far-left progressives and moderates has been a strained one.

These antics, and others, haven’t exactly endeared newly elected progressives to entrenched moderate Democrats. From encouraging outspoken progressive members to “think twice, or better yet; think once,” before bashing Democratic colleagues publicly on Twitter, to allowing former-President Bill Clinton to share a platform with Vice President Kamala Harris under the auspices of empowering women, party moderates have proven more than able to withstand pressure from the far left in most instances.

Nor can it be said that the far-left has been unsuccessful at influencing the current, admittedly more moderate, administration. The Overton Window- that moral arc of the universe that bends so slowly towards justice- has been well and truly moved over the past few years.

The left has been very effective at leveraging the unpopularity of Donald Trump into fundraising, voter registration efforts and running progressive candidates who plan to lead by following the moral edicts of progressivism, more so than representing the needs of their constituents in a more traditional sense.

Rep. Ilhan Omar (D-MN) is a good example of this at work in Congress. In the Minnesota district she represents, the question of the Israeli/Palestinian conflict isn’t a pressing one. It isn’t on the top ten list of things average Minnesotans care strongly about.

The Israeli/Palestinian issue is, however, a pressing one on the left in a larger sense, and very important to a large subset of voting Democrats. Using her office and high profile, Rep. Omar is in a powerful position to advocate for an issue she obviously feels strongly about, though it doesn’t affect the folks back home to a higher degree than, say, affordable health care, safe streets, taxes, home ownership or local employment opportunities.

That isn’t to say progressive lawmakers can be effectively doing both in Congress; advocating for the causes the left cares deeply about while keeping things running in their districts.

The voters- not Twitter followings- have a chance to weigh-in on whether or not members of the House are doing a good job every two years.

Whether or not progressive members who have clashed with Democratic Party leadership get any help from the party proper next November, their chances at reelection- at least in deep blue districts- are still excellent.

Which is good, because by the time next November rolls around, party moderates and progressives may barely be speaking.

Already, clearly, progressive groups, and prominent Justice Democrats like Rep. Alexandria Ocasio-Cortez, want Justice Stephen Breyer to resign so that Democrats can choose a younger, more progressive- and racially diverse- member of the court. Yet, rather than a behind-the-scenes effort to negotiate with Breyer- as would be the norm- progressives have mounted a public shaming campaign to “drive him screaming from the Supreme Court,” in the words of Slate.

If progressives like AOC had a line to Breyer, wouldn’t they have used it?

Thus far in the Biden Administration, The Squad has mostly played nice with the more moderate members of the Democratic caucus.

But President Biden has been playing an impossible game with the two factions of his party: Go too far, alienate the moderates; don’t go far enough, incur the wrath of progressive lawmakers riding Calvary at the head of a Twitter army.

In spite of their best efforts, the Biden administration was bound to fall afoul of this Sword of Damocles, sooner or later.

No one can be Robin Hood all the time, not even Robin Hood. Even those Scandinavian democratic socialist countries U.S. progressives admire so much didn’t get rich under a socialist or communist system.

On the contrary: They got rich under capitalism, then expanded their social services programs generously. There is nothing wrong with that, but it isn’t socialism. Most of these countries still have a lower corporate tax rate than the U.S.

It wasn’t a question of if President Joe Biden, a champion of the Middle Class with decades of public service, and his band of bipartisans would run afoul of party progressives and be called racists.

In a Twitter rant for the ages, the gauntlet was thrown down by Rep. Alexandria Ocasio-Cortez, who almost certainly did not get this statement cleared by House Speaker Nancy Pelosi once, let alone twice.

“The diversity of this “bipartisan coalition” pretty perfectly conveys which communities get centered and which get left behind when leaders prioritize bipartisan dealmaking over inclusive lawmaking (which prioritizes delivering the most impact possible for the most people). This is why a bipartisan pkg alone isn’t acceptable. The exclusion & denial of our communities is what DC bipartisan deals require. That’s how you get GOP on board : don’t do much/any for the working class & low income, or women, or poc communities, or unions, etc. We must do more.”

“That’s why folks can sometimes come across as careless when saying ‘well isn’t something better than nothing?’ For many communities, their not having a seat at the table is a precondition for bipartisan deals to work in the 1st place. & that’s not only seen as normal, but valued.”

“Meanwhile, when representatives of excluded communities object to the exclusion &marginalization required to make many bipartisan deals work, they’re dismissed as ‘unreasonable.’ So who/what often benefits from this type of bipartisan dealmaking? Corporations & structural racism.”

“This is not to say that any/all bipartisan deals are bad but it’s to ask people to actually read what’s inside them instead of assume bipartisan=good “Isn’t something better than nothing” assumes that none of the individuals involved agreed to harmful policies. A huge assumption.”

As long as AOC and her fellow Squad members have confined their criticisms to members of the Republican Party, Democratic Party leadership hasn’t minded her online clout much.

Now that she is flexing her social media muscles against the Democratic Party, arguably on behalf of women and minorities, it will be interesting to see what kind of push-back she gets.

Will the Biden Administration be forced to issue an apology? Or has Ocasio-Cortez gone too far for party officials this time?