Thirty years later, a radically different world looks back and in communist China, people must mourn the massacre in secret, if they know about it at all. 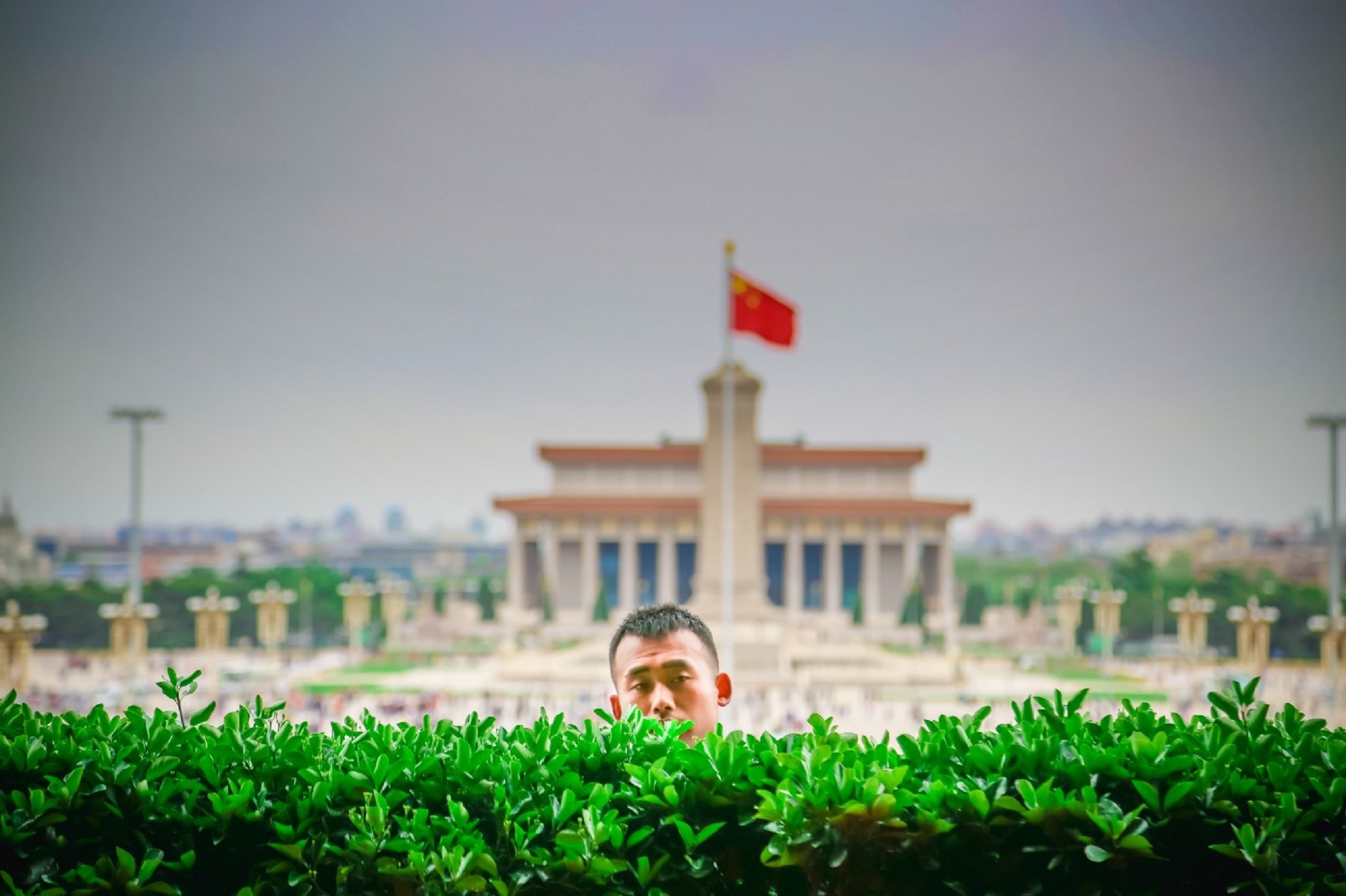 A Chinese man stands in front of Tiananmen Square as it looks today. (Photo by Sabel Blanco from Pexels)

Even today, in the Information Age, we don’t know how many student demonstrators were killed during the Chinese government’s infamous military crackdown in Tiananmen Square on June 4, 1989.

We don’t even know the identity of “Tank Man”, the iconic Chinese man holding what appeared to be shopping bags as he faced off with a line of tanks, only feet from the gun turret of the first tank in line. 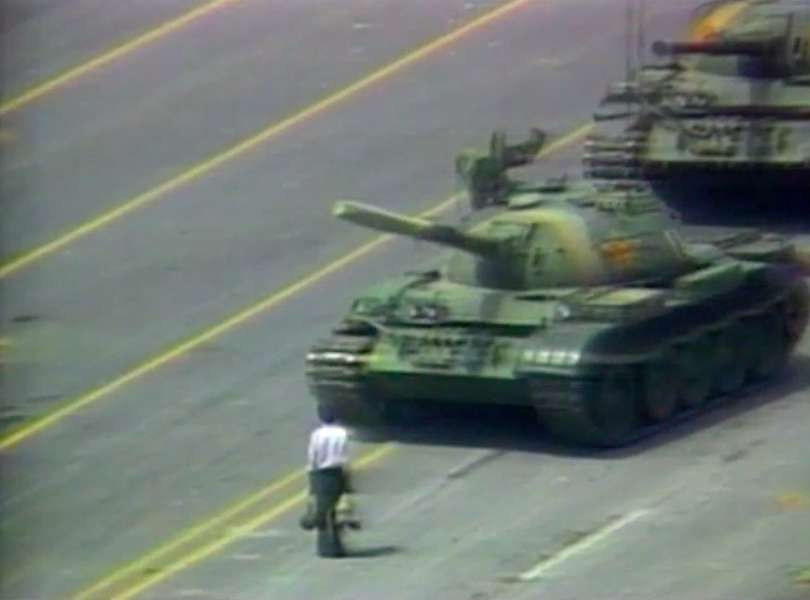 The set of his shoulders in the grainy photograph, his ubiquitous workaday pants and white shirt, his complete vulnerability; “Tank Man” was all of us on that day in 1989. His was a portrait of David facing down Goliath.

“Why?” Seemed to be his bereft question. “Why?” was everyone’s question.

The students had been mostly peaceful in their demonstrations, with a few notable exceptions. Emboldened by the imminent sudden collapse of the USSR, two years before the Berlin Wall fell, Chinese students were using the historic moment to demand democratic changes in their government.

They wanted concessions like freedom of the press and freedom of speech; they did not want to seize power and install a new government. Theirs was not an attempted military coup; it wasn’t even an attempted political one.

Yet Chinese authorities responded to the peaceful demonstrations with a full show of military force. Chinese soldiers in the ironically named People’s Liberation Army must have been ordered to open fire on unarmed civilians, because that is exactly what they did.

Some say hundreds died that day, some say it was thousands.

We don’t know, and we’ll never know. Because 30 years later, China hasn’t really changed much. Democracy is still a dirty word, minority Muslim Uighur have been interred in reeducation camps, China is a surveillance state and dissenters are blackballed into nonentity.

That is, if they are lucky.

Because most of all today in China, you are absolutely not allowed to talk about Tiananmen Square. People who remember are encouraged to forget. The young are prevented from learning about this particularly dark chapter of modern Chinese history through relentless censorship.

On the run up to this anniversary, Chinese censors and the state censorship department have been working overtime to scrub any mention of the events of June 4, 1989 from the Chinese internet.

The Western media must cover this story because the Chinese media isn’t allowed to. And because socialism and communism have become cool again, somehow.

In spite of communism’s catastrophic and continuous failures throughout modern history; in spite of our inextricable links to a global marketplace inseparable from capitalism; in spite of the failure of communism to give power to the people, communism, and its training wheels socialism, is being idealized in 2019.

The knowledge has not been systematically hidden from us by censors: We are willful in our forgetting.

The 30-year anniversary of the Tiananmen Square massacre is a good reminder to those of us in the U.S., and elsewhere in the world, of what the most successful communist country in the world does to its citizens in order to maintain its greater-good stranglehold on the population.

Young, idealistic, aspiring socialists should know that right now a state run department, in compliance with codified Chinese law, is currently removing any information about a massacre that occurred three decades ago from the internet. The Chinese news media isn’t allowed to cover it.

Posting about it, talking about it, even mourning the dead and those who disappeared forever that day, is strictly forbidden and is punishable by law. Offenders can and do receive harsh sentences.

There are still plenty of people who were there that day, who remember what happened; they don’t talk about it. There are people who participated in the demonstrations or helped organize them, who are still classified as dissidents and aren’t allowed back in China. They are the lucky ones.

They see the West’s appeasement of China as complicity. They have a point.

What is important for American Democratic socialists to note, is the complete disconnect between the liberal reaction in London during the current state visit by the Trump administration and London during a recent visit by Chinese leader Xi Jinping.

One world leader is openly reviled by the left and treated by the press as an inhuman monster, a gollum of everything wrong, evil and oppressive in the world. For the other, crickets.

One has approximately 330 million bosses; the other has only employees. Over a billion of them.

One world leader is routinely lambasted by a free press, and though he may lambast back, he is powerless to censor journalists determined to hound him out of office, one way or another. He has to deal with legal challenges, investigations, and public scrutiny of every aspect of his life.

He also has to contend with an antithetical congress controlled by his political rivals and corporate interests with the weight of trillions of dollars American behind them.

For the other, smooth sailing as far as the eye can see. Not a peep from the liberal press, not a derogatory remark from those who never miss an opportunity to criticize Israel, not a whisper of condemnation from the corporate community.

Great American boxer Joe Lewis once said, in defense of his military service in the ‘White Man’s War’ WWII, ‘’Lots of things wrong with America, but Hitler ain’t going to fix them.’’

Today, on this anniversary of the world’s largest communist country executing unarmed student protesters; while we in the West and elsewhere in the world exercise freedoms denied those under communist rule; and Chinese Uighur Muslims languish in re-education camps, we must acknowledge that communism will not fix them either.