Redeeming conservatism in the optics economy. 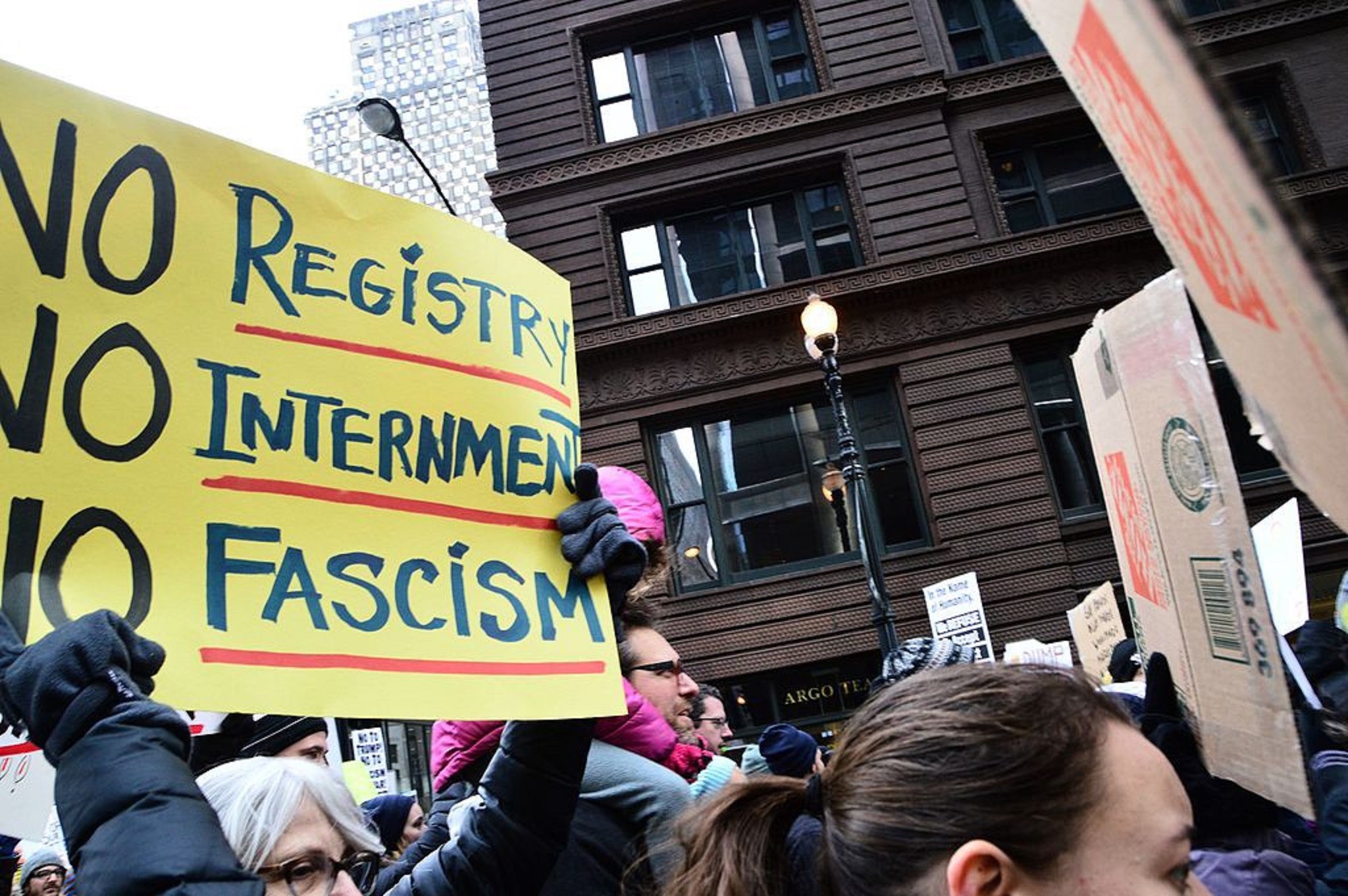 Nancy Pelosi gets it. The One thing she must do, and must be seen to do by all, by the people who elected her and donated to other Democrats at her behest in the mid-term election cycle, is take on Donald Trump. He is the bad guy, she, the good. Pelosi wants to be Speaker; this is no time to leave the Hill. Public perception is everything.

Republicans just don’t get it.

It isn’t even a battle to stem the tide of the ultra-deadly opiate Fentanyl that is killing millions of Americans. Not really.

It is a war for the hearts and minds of American voters, present and future: And the Democrats are winning it.

The war for the hearts and minds, and votes, of the American public is more like an arms race, really. A popularity arms race.

The vicious, vocal and decades-long anti-semitism of Louis Farrakhan is well known and documented; yet he is still routinely welcomed to speak at college campuses across the U.S. Amid controversy, Louis Farrakhan gives speech at UC Berkeley, in 2012. At Rutgers in 2016. Morgan State University in 2016.

Contrast Farrakhan with how conservative speakers have fared in universities across the country. Conservative Ben Shapiro faced protests at Marquette University and at the University of Utah. Nine protestors were arrested when he spoke at Berkeley, even after Berkeley spent over half a million dollars on extra security for the event.

Milo Yiannopoulos, on the other hand, has been driven from college campuses,protested to the tune of $100,000 in damages at Berkeley, de-platformed, and practically run out of town on a rail.

Why isn’t Louis Farrakhan with him?

College campuses aren’t the only places where conservatism is a serious faux pas. Google, Twitter face new lawsuits alleging discrimination against conservative voices. Some even report more-conservative leaning employees being hounded out of their jobs by their left-leaning co-workers.

In the 24/7 popularity contest of the optics economy, conservatives are failing to assert their identity, and failing to adequately counter the left’s carefully curated public perception of what it means to be a conservative.

The popularity kiss-of-death is the label that sticks, and it doesn’t have to be true. Ask any liberal Democrat who lives inside an ideological bubble with only his fellows to describe the conservative ideology using single-word labels and see if the following words don’t crop up: racist, sexist, xenophobic, bigoted, hate, nationalist and homophobic.

Short answer, they don’t. Or rather, they do, but they do it so widely and broadly, encompassing so many different meanings and variants to the word that any label which might stick is hopelessly lost in the complexity.

The truth is that conservatives are conservatives for all sorts of different reasons. Many, are fiscal conservatives who believe in a smaller Federal government, lower taxes and a focus on state rights but are socially very liberal in their views.

Some conservatives might be racist, sexist, xenophobic, bigoted, hateful, nationalistic or homophobic: Conservatives don’t hold the franchise on those attitudes. Democrats have them, too. They exist everywhere, unfortunately.

The Game is Changing

The Republican Party needs to get in the optics game for a couple more important reasons that have the power to completely upset our electoral process and the protection it gives the two main parties to the exclusion of third party and independent candidates.

At this very moment, a constitutionality litmus test of ranked-choice voting is taking place in Maine’s District 2, where Republican Rep. Bruce Poliquin lost to Democrat Jared Golden in a ranked-choice runoff.

The legal challenge to these results is also a reminder that in some places the 2018 mid-term election isn’t over yet.

Maine is ground zero for ranked-choice voting, an electoral-reform idea that has the potential to transform Democracy and voting as we know it. In November, 2016, the citizens of Maine voted to replace the state’s ‘first past the post’ election system of the last 136 years with one that allowed preferential voting, also called Ranked-Choice Voting.

When it passed, Maine became the first state in the U.S. to adopt this radical electoral reform. If it works, Maine won’t be the last.

Why don’t we have online voting? An answer is “tampering”; the possibility that online voting would be more vulnerable to hacking, altering, deleting, Russian trolls, viruses, and all other sorts of online techno-beasties, than our current voting system.

But that isn’t the whole answer.

The other part of the answer is how radically, and unpredictably, online voting would change voter demographics. And in a way that might not be good for Republicans.

Might not be, because every so-called demographic cross-section of people is comprised of individuals who would blow your stereotypes into a million tiny pieces unique as snowflakes.

Women don’t all vote alike, they never have. All Jewish people don’t vote alike. All Catholics don’t. All doctors don’t.

Voting rights were recently restored to people in Florida who had been convicted of a crime; chief among those responsible for the voting-rights victory were the Koch brothers. When asked why they would restore voting rights to a group of people who would, let’s be honest, vote Democrat, a Koch spokesman summed it up brilliantly.

“No one really knows how they will vote.”

Online voting will undoubtably get more young people to vote, long the holy grail of the Democratic party. No one really knows how they will vote, but given how the Republican reputation has suffered, and continues to suffer, in the press, how likely will young voters be to vote Republican?

If Republicans can’t confront this new reality and adjust, the party is as close to doomed as a political party ever gets; no one will die from it, different segments will form into new parties, but Republicans as we have known them will cease to exist.