Question: Does it glorify violence against women for entertainment purposes? Why committed feminists must start turning the channel. 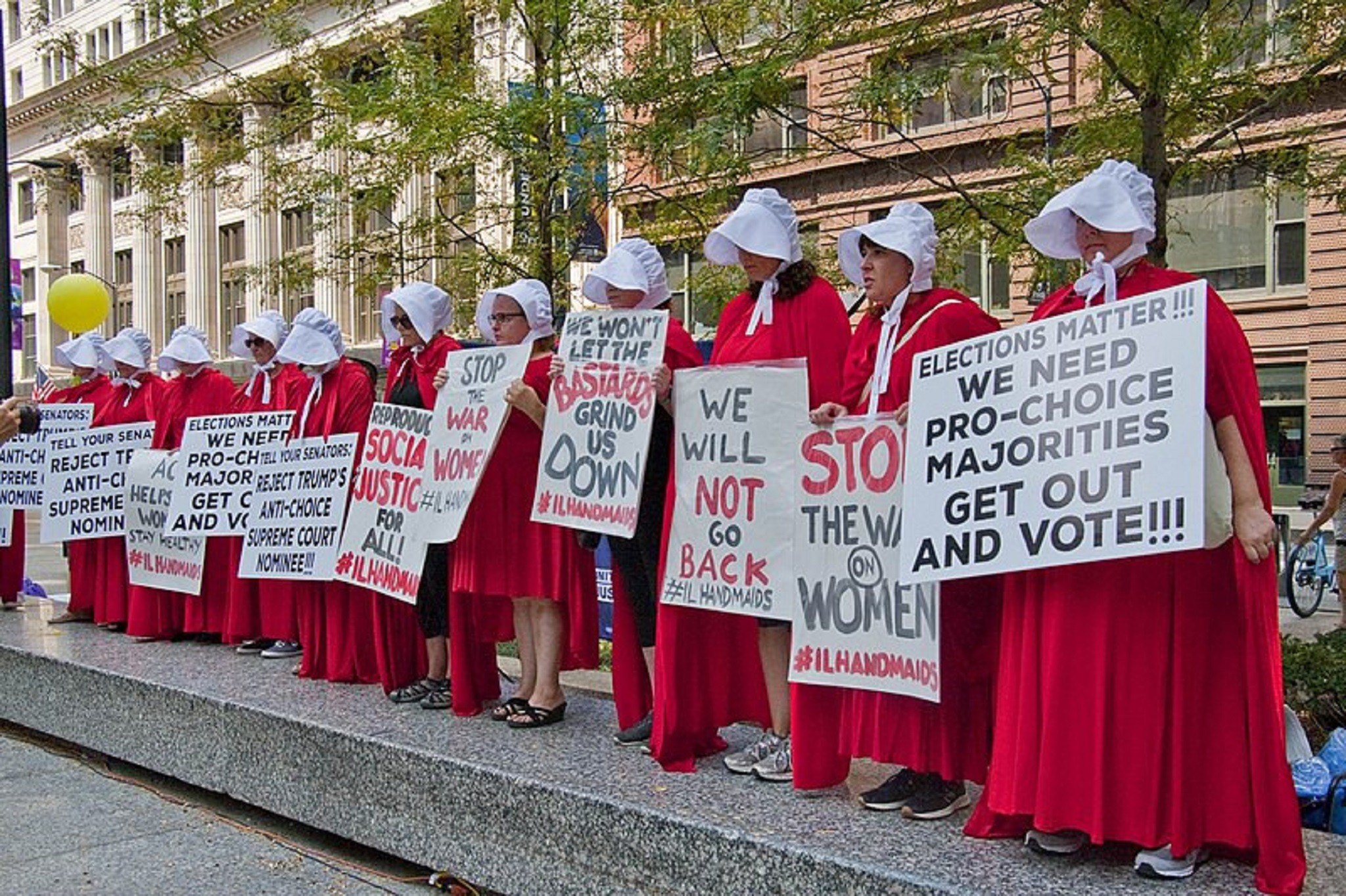 Right now, a group of young professionals in the Sudan are fighting for their civil rights. What is remarkable about this group, besides the fact that they managed to oust brutal dictator Omar al-Bashir in April, is the cooperation between men and women.

Side by side, shoulder to shoulder, young Sudanese professional doctors, lawyers, engineers, and teachers, male and female, are pursuing their ultimate goal of a democratically elected government. They are standing up, sitting-in, protesting, and enduring great hardship.

And they aren’t backing down.

Remnants of Omar al-Bashir’s Sudanese military is the reason they can’t abandon the fight for democracy, not yet. The young professionals of the Sudan are hoping to avoid the fate of other movements after the Arab Spring.

Failing to prevent the military from taking control during the tumult by force, or in the case of the Sudan, allowing the military to maintain its hold on Sudan by force, is not something Sudanese protesters are prepared to accept.

At least for now.

The Sudanese military, however, is not going without a fight. To maintain its hold on the country, and its resources, the military has been routinely demonstrating a willingness to use brutal and lethal force against unarmed protestors and innocent civilians.

The military is determined to break this Democratic movement, to kill and destroy it. Sudanese soldiers have found a new way to inflict violence and terror on civilians demanding independence:

Raping female protestors. They call it “Break the Girls”. Brings a lump to your throat, doesn’t it?

After the assault, which is always brutal and often public, the soldier then adorns his rifle with the victim’s underwear as a threat and a warning to other female protestors.

Since women have been the backbone of this freedom movement, the Sudanese military believes it can break the movement by systematically raping the women. Sickening, isn’t it?

Why is it so shocking, so terrible? Why does sexual violence perpetrated against women, especially in war by an armed force, strike us as so much worse than killing? Killing, while certainly terrible, is at least straight-forward.

But it isn’t new. Not really.

Rape, sexual assault, sexual violence; these have long been the tool of the oppressor, of the would-be conquerer, of the brutal dictator and the armies he builds to serve his megalomania.

Nor are female Sudanese protestors the only ones in this world currently experiencing sexual violence and oppression. On the contrary.

Thousands, perhaps tens of thousands, of women are bought and sold in sex trafficking operations all around the world, every single day. Domestic violence remains one of the top killers of women everywhere.

One in five women in the U.S. will experience sexual assault as some point during her lifetime. In other countries, the average is much higher.

Considering the campaign of sexual violence currently being perpetrated against the women of Sudan; the Yazidi women who suffered horrific sexual violence and sexual slavery under ISIS until the caliphate fell just last month; the millions of victims of everyday sexual violence, it is difficult to understand how can anyone, male or female, can justify entertainment that not only glorifies violence against women, but depicts it in vivid, hyper-realistic detail.

If “Break the Girls” doesn’t put you off the glorification of sexual violence against women forever, perhaps some first-person survivor stories will.

Get involved with your local organization helping the young female survivors of sex trafficking. I doubt you will find anything remotely entertaining about rape and violence against women after that.

It is the worst of our egotism, it is the height of overindulgence, to casually watch graphic scenes of rape and violence against women for the sole purposes of entertainment.

Any argument that novels like Margaret Atwood’s The Handmaid’s Tale, and the television show by the same name, is an important and necessary commentary on the current state of politics in America is a lie.

There are many ways to comment on the current state of politics in America: Contributing to the problem isn’t one of them. Using rape themes for shock value, to draw attention, and calling it “raising awareness” doesn’t make it ok.

Yes, such violent plot devices are gripping, compelling, shocking; attention grabbing. Yes, there is something dark in our human nature that has a macabre fascination with such things. Not that it’s healthy.

We can tolerate watching the worst moments of graphic violence only because we tell ourselves “it’s only a movie”.

One of the worst things about the Information Age is all the information.

You can’t even imagine everything we know about the predators who have perpetrated the worst crimes imaginable against women. Want to know what inspires them to do the horrible things they do? They’ll tell you.

They won’t shut up about it.

Incarcerated serial rapists and murderers of women have been talking the ear off of anyone willing to listen for over five decades now. There are thousands and thousands of hours of interviews and no shortage of data.

Every prison psychologist, FBI profiler, and true crime journalist who could stomach it have been treated to at times utterly deadpan, at times sickeningly loving, detailed descriptions of depraved crimes, troubled childhoods, early influences, everything.

If you really want to know why these human predators hurt women, you can listen to a dozen podcasts, read a hundred books, watch a thousand interviews with killers on youtube. You can watch a biopic, a tv series.

Why do they do what they do? I’ll save you the nightmares.

Rapists and killers of women just love these forms of entertainment. During prison interviews with psychiatrists these dangerous criminals frequently list violent entertainment, specifically entertainment depicting graphic violence against women, as inspirations for their crimes.

I myself have heard an incarcerated rapist and murderer of multiple women confess to drawing inspiration from a specific (and specifically disturbing) scene of sexual assault from a book that I myself had read.

Now, mind you, this wasn’t some yellowed piece of paperback filth from a flea market; the scene in question appeared in a best-selling James Patterson novel later made into a movie starring Morgan Freeman.

But The Handmaid’s Tale isn’t violent pornography, you say?

Honestly, I don’t really know; I’ve never watched it. I took the pledge to eschew entertainment that glorifies violence against women some years ago. But not in time to avoid Game of Thrones, unfortunately.

Is Game of Thrones violent pornography? Question: Does it glorify sexual violence against women in a hyper-realistic way? Then yes, I’m afraid it is. Great costumes, amazing visual effects, and good character development do not redeem the ugly underlying premise.

Does that make it ok? A lesser evil is still a lesser evil. The Handmaid’s Tale does, I understand, involve explicit scenes of rape.

In college, I once asked my women’s studies professor if he had seen the movie “Silence of the Lambs”. A strong female lead playing a strong female character who ultimately triumphs; I thought he might like it.

“No.” He answered me curtly. “I don’t watch anything that glorifies violence against women.”

Now, thanks to him, maybe you won’t either.